'Was sure that I would get selected sooner or later' 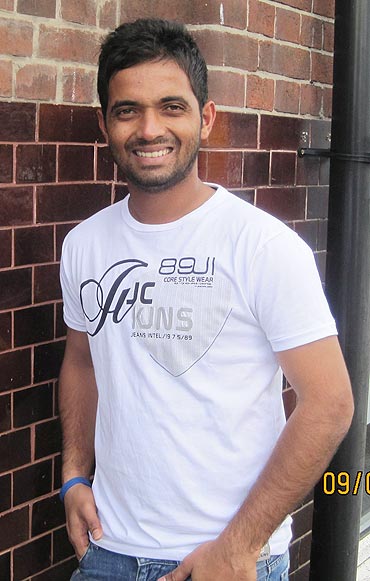 Mumbai batsman Ajinkya Rahane tells Harish Kotian the secret of his success at the domestic level, and why he was not surprised at being called up for the England ODI series.

One of the major reasons for India's dismal performance in the 4-0 Test series whitewash by England was faulty selections that handicapped the team throughout. Leading players, like Zaheer Khan and Virender Sehwag, came into the squad carrying injuries, while the late inclusion of R P Singh, who struggled in domestic cricket in the last couple of years, also proved a huge disaster.

Thus, after a hue and cry over, it was but natural that the selectors resorted to the tired and tested formula and picked players who are in good form and scoring runs consistently for the upcoming ODI series against England.

Ajinkya Rahane was one of them. His inclusion in the ODI squad, in place of Sehwag, wasn't surprising. After all, the 23-year-old has scored runs aplenty in domestic cricket, having amassed 4673 runs in 48 matches at an amazing average of 67.72, with an impressive conversion rate of 17 centuries and 18 fifties.

Recently, he confirmed his potential when he top-scored in the Emerging Players tournament in Australia with 311 runs in four matches, which included two centuries, at an average of 67.72.

In a freewheeling interview with Harish Kotian, the Mumbai batsman reveals why he was not surprised at being called up to the Indian ODI squad and the secret of his success at the domestic level.

Your reaction on being called up to the Indian ODI team?

I was not surprised, because I was scoring runs. I was sure that I would get selected sooner or later. I did well in the Emerging Players tournament in Australia, so I was quite confident.

'It will be a challenge to perform in England' 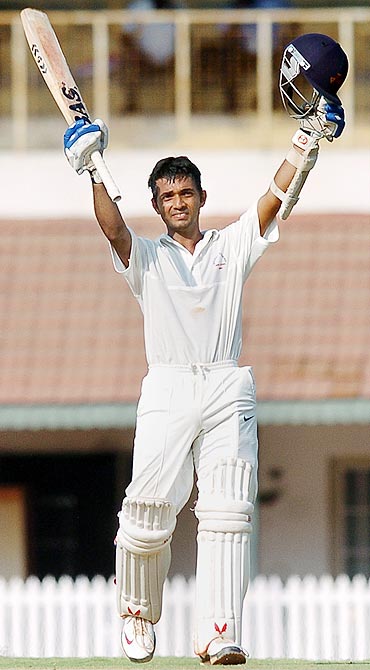 But were you expecting it?

No, I was not. Earlier, I used to expect, now I stopped thinking about it. Earlier, I was thinking too much about being selected; now my mind is clear. I believe that if it has to happen, it will happen. So I don't stress myself thinking about selection; that is something that is not in my hands.

How will you prepare for the England tour? It is not an easy place for batsmen? We have seen how the top Indian players have struggled in the Test series.

ODIs are a completely different challenge. I have toured the country before, so I know a bit about the conditions that I will encounter there. Still, it will be a challenge for me to perform in England. If I get a chance I hope to do well.

'I focus only on the things that I control' 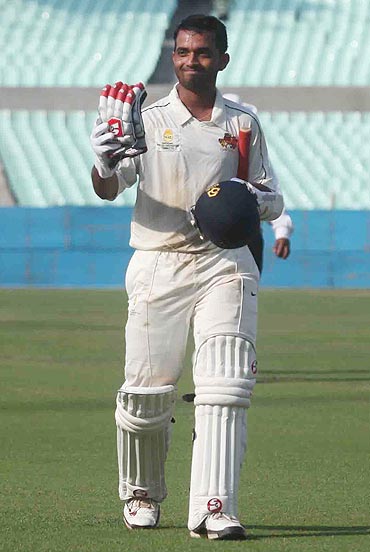 Many former Mumbai players believed it was time you were picked for the Indian team. Are you happy that your consistency has finally been rewarded?

It feels good, because every cricketer dreams of representing his country. It feels good that so many great players from Mumbai are supporting me. But, at the same time, I knew the selection was not in my hands. The only thing in my control was scoring runs, which I have been doing, and improving my performance with every match.

Were you disappointed that despite scoring so heavily in every format you have played, you were not picked for the West Indies tour? Quite a few youngsters got a chance in that series.

'I prepare myself according to the conditions' 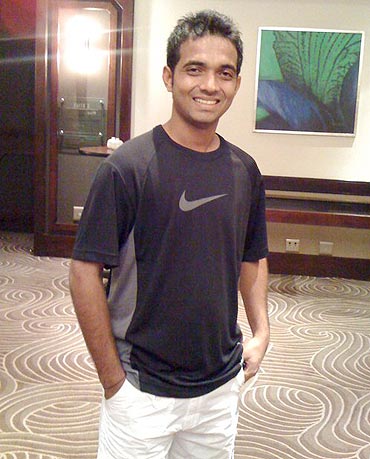 Can you confidently say that you are ready to take a step up and play at the international level?

Absolutely! I am ready to play at the international level; whenever I get an opportunity I will perform at my best.

We have seen that many young Indian batsmen struggle against bouncers, especially in countries like England, South Africa and Australia. How confident are you playing the short deliveries?

I don't think about things like what the opposition is planning and whether they plan to bowl bouncers at me. I prepare myself according to the conditions I will encounter in the match.

'I never get satisfied and constantly strive to get better' 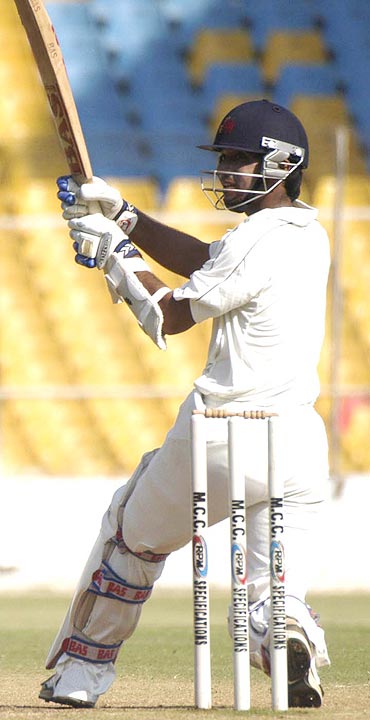 Recently, you finished as the top-scorer in the Emerging Players tournament, where the best young players from Australia, South Africa and New Zealand took part. Are you delighted that you were able to prove that you have the game to succeed in conditions not easy for the batsman?

Obviously, it feels nice whenever you score runs outside your country. We won both the T20 tournament and the three-day matches and I was happy that I was able to make a contribution to the team's cause. The most important thing for me is that I never get satisfied and constantly strive to get better.

You are one of the most consistent batsmen in domestic cricket for the last three-four seasons. What is the secret of your success with the bat?

First and foremost, I don't get overconfident. I never take my place in the squad for granted, because I treat every match as important. I always believe that no one is bigger than the game, so I look to work hard and improve myself everyday. I look to keep things as simple as possible. I don't look too far ahead and take it one match at a time. I give 100 percent to the team's cause. My preparations are always the same.

'I perform consistently and never give anyone a chance to complain' 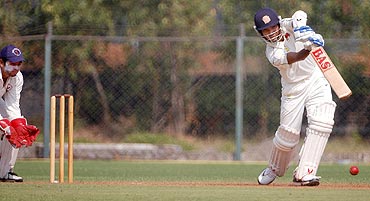 You have a good conversion rate when it comes to scoring hundreds. How important is it for a young batsman like you to play big knocks in domestic cricket and keep reminding the selectors of your potential?

I always try to focus whenever I am in the middle. You cannot go into a match thinking I have to get a hundred. It is important to be in the present and just concentrate on each and every delivery. If you score consistently, obviously, the selectors will notice. So I always keep this in my mind. I perform consistently and never give anyone a chance to complain.

Yes, you are right. The focus is always there, but once you cross 40-50, you tell yourself that since I have got my eye in I should not waste this opportunity of getting a big score. It is important if you want to play at a higher level that you should learn to focus at this level.

'IPL helps you to learn a lot from international players' 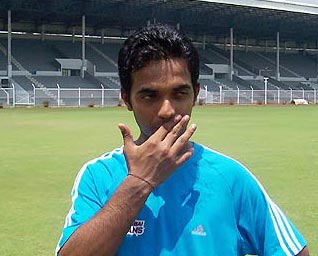 Apart from domestic cricket, how important would you say is the IPL for someone like you, because quite a few players have come into the Indian squad in recent years purely on their showing in the IPL?

IPL is a very important tournament for domestic players. because you have top international players taking part. You get to learn a lot from them. When I was with Mumbai Indians, I learnt a lot from Sachin paaji [Tendulkar], who is also my role model. And when I moved to Rajasthan Royals, I got a chance to interact with Rahul Dravid, who also happens to be one of my role models.

It feels great to talk to my role models; it also gives me a chance to learn so much from these two accomplished players. I look at how they prepare themselves for every match, their mindset before every game and I try to pick up things.