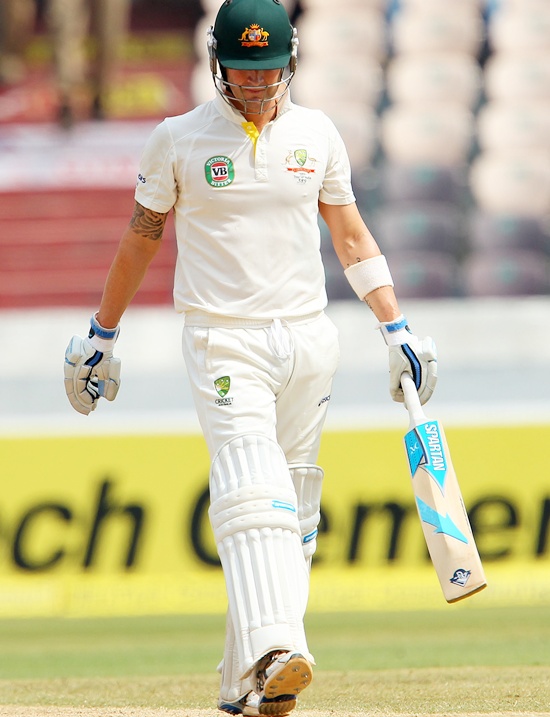 Michael Clarke, whose batting was the saving grace in the first Test in Chennai, was expected to play a stellar role to save the match for his team. But Australia's captain fell short, and the chances of salvaging the Test also evaporated.

Without doubt, the turning point of Day 4 has to be Michael Clarke's dismissal.

Australia's captain also happenes to be the team's most consistent batsman. Having scored 130 and 31 in the opening Test in Chennai, Clarke also top-scored with 91 in an otherwise disastrous first innings performance in Hyderabad.

He got off to a good start in the second innings as well, hitting Ravindra Jadeja for a six over mid-off. However, it was the bowler who had the last laugh. 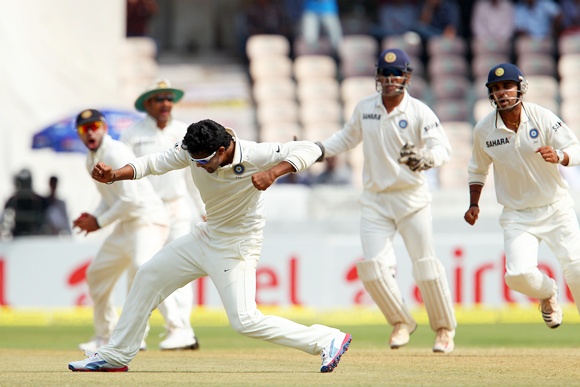 A delivery from Jadeja dipped in the middle and spun crashing into the off-stump even as Clarke moved forward to defend.

With his dismissal all hopes of Australia putting up a fight went up in smoke.

It was for the second time in the match -- and third time (out of four) in the series -- that Jadeja had accounted for Clarke, having bowled him on both the occasions.