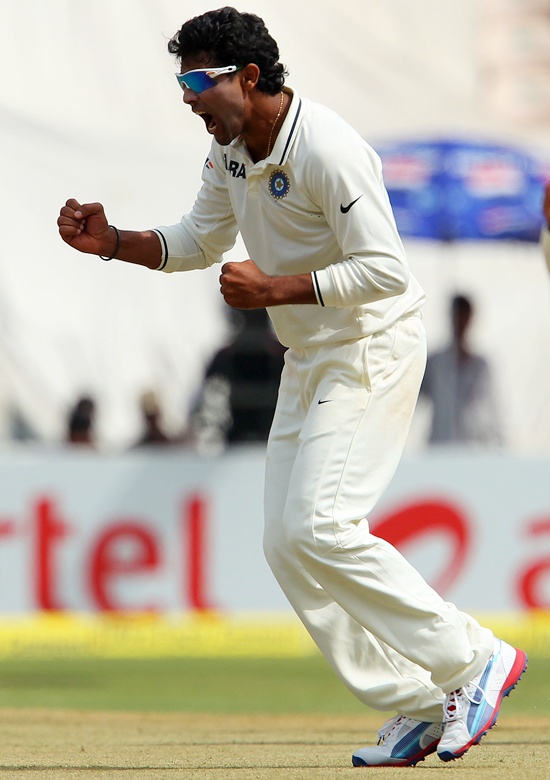 Ravindra Jadeja proved his mettle once again with a striking performance. The left-arm spinner ran through the Aussies batting line-up in the morning to give the home team a 2-0 lead in the series.

Jadeja is our top draw for the day.

The youngster was exceptional on the fourth morning. Having grabbed five wickets in the opening Test in Chennai and been India's best bowler -- with figures of three for 33 -- in the first innings in Hyderabad, the Saurashtra player was again in his element.

A beauty of a delivery that pitched in the middle and spun, crashing into Michael Clarke's (16) off stumps, provided Jadeja his first success of the morning.

The 24-year-old had also accounted for Australia's captain in the first innings -- and also once in Chennai.

In his next over, Jadeja had Ed Cowan, Australia's top scorer in the innings, caught by Virender Sehwag at slip. 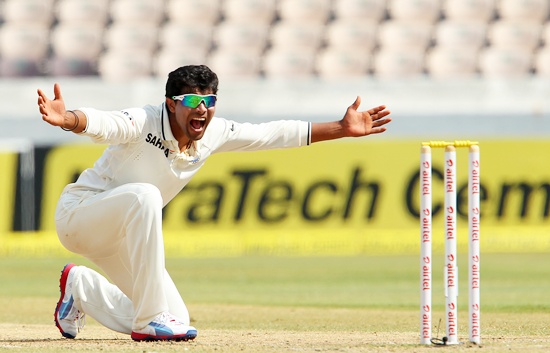 The all-rounder had struck twice in the space of five balls and contributed again when his direct hit, despite a misfield, ran Moises Henriques out even before the latter had opened his account.

Peter Siddle (four) became Jadeja's third victim on the day, caught on the rebound by Virat Kohli in gully.

Jadeja finished with figures of three for 33, identical to his first innings stats.

Though R Ashwin complete a five-wicket haul on the day, picking three to add to his two overnight, we go with Jadeja as our top performer considering his wickets were vital, particularly that of Clarke and Cowan.