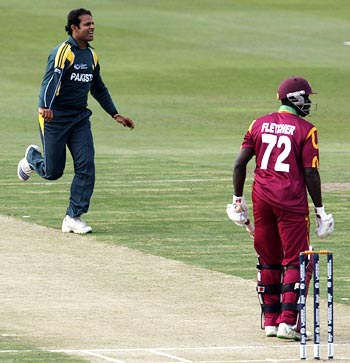 Naved-ul-Hasan, back after a stint with the rebel Indian Cricket League, struck early when he had Fletcher caught by Imran Nazir at backward point for seven, leaving the West Indies reeling at 11 for two after four overs.

Mohammad Aamer had taken the first wicket, striking in the first over of the match, having Dale Richards (1) caught and bowled off his own bowling.

Pakistan went on to win the match by five wickets. Aamer claimed his second wicket, having Travis Dowlin caught behind by wicketkeeper Kamran Akmal for a duck.

Left-hander Devon Smith made 18 from 28 balls before he was done in by Umar Gul, who beat him with extra bounce and had him caught at second slip.

Miller shines amidst the ruins 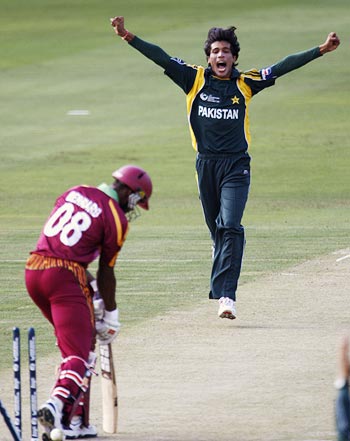 David Bernard was beaten all ends up by an incoming delivery from Aamer and bowled for six, leaving the West Indies reeling at 43 for five in the 14th over.

Nikita Miller saved West Indies the blushes with an entertaining knock of 51 from 57 deliveries, inclusive of six boundaries and a six, before they were bowled out for a paltry 133 in 33.4 overs. 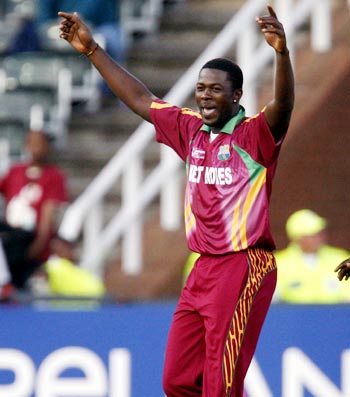 Opener Imran Nazir (5) played all over a full length delivery from Tonge and was bowled for five in the second over of the innings.

Kamran Akmal also struggled to get going, scoring five before he was caught behind as Pakistan were reduced to 21 for two in the sixth over.

Shoaib Malik and Mohammad Yousuf made 23 each before they fell to Tonge in successive overs.

Then followed Misbah-ul-Haq's dismissal to David Bernard as Pakistan slipped to a precarious 76 for five in the 23rd over.

But young Umar Akmal ensured there was no further drama as he hit a brisk 41 from 51 deliveries to take Pakistan to a five-wicket victory with 19.3 overs to spare.