The Indian cricket team continued to be second in the ICC Test rankings with R Ashwin topping the all-rounders' chart in the latest list issued on Sunday.

India are placed behind South Africa with 119 points, which is just 12 less than the Proteas' tally. The teams are set to clash in a two-Test and thee ODI series starting December 5 in South Africa. Cheteshwar Pujara is the best-placed Indian batsman at sixth with Virat Kohli following him at a distant 20th spot.

In the bowlers' list, R Ashwin is fifth, followed by Pragyan Ojha at ninth.

New Zealand, West Indies will aim to improve their rankings 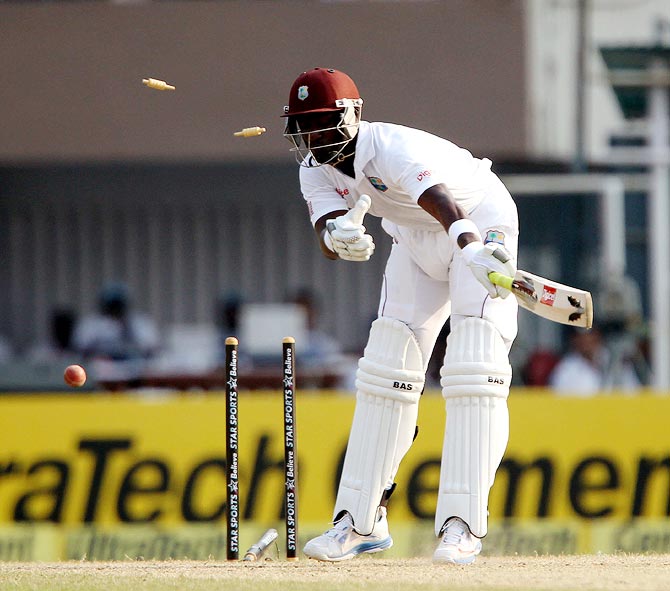 Meanwhile, New Zealand and the West Indies will begin their contest in a three-Test series from December 3 in Dunedin with an aim to improve their ratings points in the team standings.

If New Zealand was to win the series by a margin of 2-0, they can rise up to 82 ratings points, while a 3-0 series sweep will hand the home team a rise of eight ratings points to thereby finish at 83.

In both scenarios (New Zealand winning 2-0 and 3-0), West Indies will move down to seventh place behind Sri Lanka.

For the West Indies, the series offers an opportunity to reduce the gap with fifth-ranked Australia. But this can only happen if they win the series by either a 2-0 or 3-0 margin.

If West Indies win the series by a 2-0 margin, they will gain two ratings points to end at 97, to thereby reduce the gap with fifth-ranked Australia to four ratings points.

A 3-0 series win, will give West Indies a gain of four ratings points, thereby reducing the gap with Australia to just two.