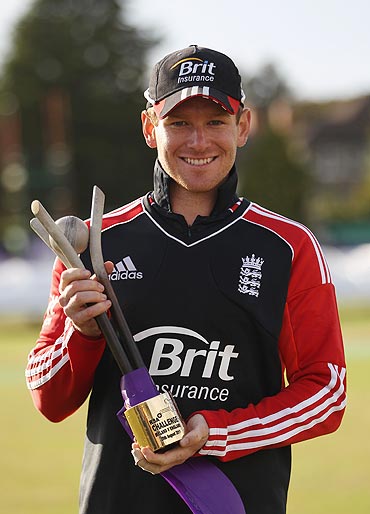 Top international cricketers have thrown their weight behind the ICC T20I team and player rankings, which were officially launched, on Monday, saying it will give more meaning to one-off matches and also provide the players a good chance to assess their game.

Reigning ICC World Twenty20 champion England was unveiled as the No. 1 ranked side while Eoin Morgan of England, Sri Lanka's Ajantha Mendis and Australia's Shane Watson were announced the top-ranked batsman, bowler and all-rounder, respectively, on Monday.

Sri Lanka captain Tillakaratne Dilshan, whose side can top the rankings in T20 if India beat England and Sri Lanka defeat Pakistan in the forthcoming T20Is, said: "Its great news that there are now rankings for Twenty20 cricket and it is very pleasing Sri Lanka is near the top.

"To be No. 1 or No. 2 in the rankings, whatever the format, is always a sign you have been playing well and we have done that in Twenty20 cricket."We have always sought to play positive cricket and over the last couple of ICC Twenty20s we have had a good mix in our team with youngsters and the experience of Sanga and Mahela.That has served us well.

"Having these rankings launched now is exciting because it reminds everyone there is an ICC World T20 coming up in Sri Lanka and we are really looking forward to that," he added. 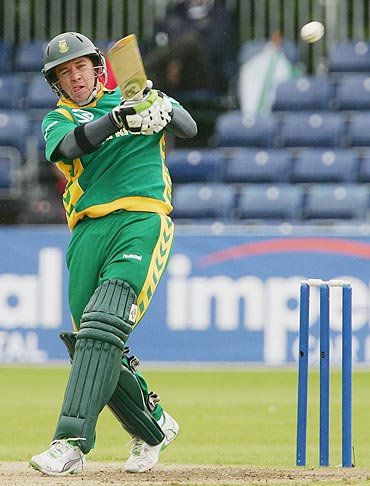 South Africa captain AB de Villiers, whose side is currently in fourth position while he himself is placed at 20th spot in the batting table, said, "Introducing the T20I team and player rankings is a great incentive for teams and players to work towards."T20 cricket has grown tremendously over the past few years and the ranking system will definitely give more meaning to one-off matches in a series between countries," he said.

"We only have six more matches until the ICC World Twenty20 2012 in Sri Lanka next year and each of those matches will be useful preparation for the squad. In saying that, we would also like to improve our current team and player rankings in the build-up to the tournament," he explained.

Australia's T20I captain Cameron White was equally excited and said: "The release of team rankings provide us with a good picture of where our game sits at the moment and how we need to continue improving prior to the ICC World Twenty20 in Sri Lanka later next year.

"With so few games being played internationally, ensuring the team is well prepared and able to play consistently are key elements of a quick rise up the rankings table. A few wins over the summer will see us climb this table quickly and become a force to be reckoned with during the World T20."

Rankings give T20 a lot of context: Yuvraj Singh 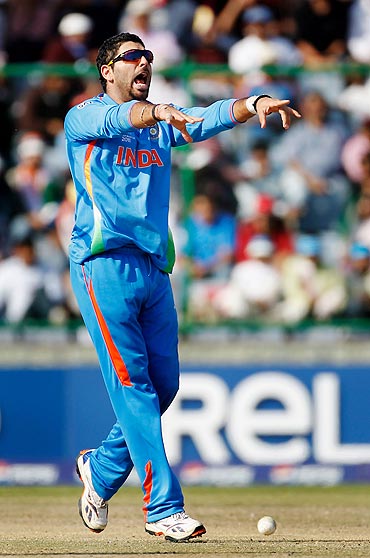 India's Yuvraj Singh, whose six sixes in an over in the ICC World Twenty20 2007 won him the T20I Performance of the Year award at the LG ICC Awards in 2008, said: "The T20I rankings are a very good idea as these will give a lot of context to T20Is. A rankings system motivates you to raise the bar. If you are in the top 20, your next aim is to break into the top 10, then the top five, and eventually, the top spot", he said.

"We won the inaugural edition of the ICC World Twenty20 in South Africa in 2007 but we didn't play particularly well in the next two events in England and the West Indies."

"The Twenty20 format is unpredictable and fast-paced, and it becomes difficult to get back into the game after committing an error. Our second-round performance is what we will need to think about and improve in next year's ICC World Twenty20 in Sri Lanka," he added.

I'm sure T20I rankings will soon be popular feature: Hafeez 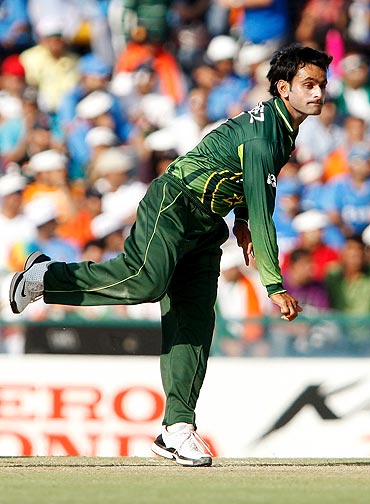 Pakistan vice-captain Mohammad Hafeez, who is in fourth position in the all-rounders' category, said: "It is not very encouraging to see Pakistan in seventh position. But I guess the seventh position is due to the fact that we haven't won big matches in the past year or so."

"Nevertheless, I am confident that the current position will motivate us further to perform even better so that we can climb up the ladder. I know for a fact that there is a strong group of Pakistan cricketers who want to see their side as a top ranked team, not only in the shortest but in all three formats of the games," he said.

"Test and ODI rankings have cemented their positions and I am sure T20I rankings will soon become an equally popular feature. This initiative will give a lot of context to bilateral matches that at present have no real meaning except that these are part of a series or a build-up to a series," said Hafeez.

It's logical and practical to have T20 rankings: Sammy 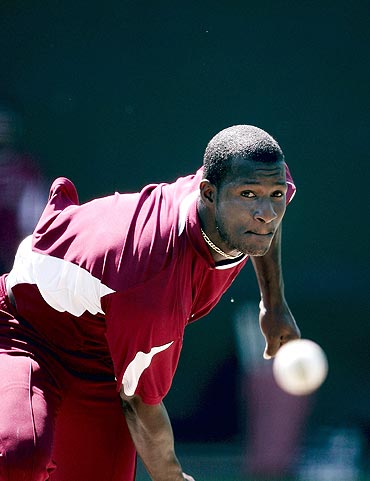 West Indies captain Darren Sammy, who is also his side's highest-ranked bowler in eighth position, said: "We already have the Test rankings and the ODI rankings so it's quite logical and practical to have T20I rankings as well.T20Is have a huge fan base and have caught on quite well with the crowds. Now with rankings the spectators are sure to have 'a lot more to shout about'."

"It is important to have rankings in all formats of the game so that teams and players have incentives and goalposts to drive them and with the rankings being introduced, that adds a bit more 'edge'.As we have stated before, our aim as a team is to be inside the top five in all formats of the game by 2015. We are looking to build a core of players and build a team which can achieve this goal," he added.

Zimbabwe captain Brendan Taylor felt the introduction of the rankings system will allow his side the opportunity to monitor its progress.Bangladesh has not yet played enough T20I matches to qualify for a ranking but captain Mushfiqur Rahim is not disappointed and said his team has the making of a formidable T20I side.