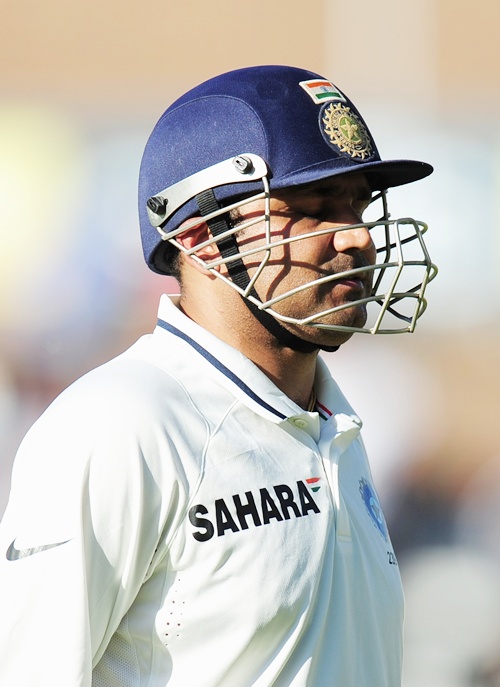 Another milestone awaits Virender Sehwag in the upcoming second Test against England in Mumbai. He will play his 100th Test and join a select band of eight Indian greats to achieve the feat, writes Harish Kotian.

Virender Sehwag does not believe in playing for records. He just thinks of hitting the ball as hard as he can.

The dashing right-hander never plays for any records or milestones, but has conquered a string of them courtesy his no-nonsense approach to batting, which is: see the ball, hit it!

Another special milestone awaits him in the upcoming second Test against England in Mumbai. He will play in a record 100 Tests and join a select band of eight Indian greats to achieve the feat.

Sachin Tendulkar leads the list with a tally of 191 Tests to his name, followed by Rahul Dravid, who retired earlier this year with 163 Tests. VVS Laxman, who also quit the international game recently, played 134 Tests, while former captain Anil Kumble featured in 132.

Legendary all-rounder Kapil Dev, who played for 16 years, featured in 131 Tests, while Sunil Gavaskar, with a top batting record in 125 Tests, was regarded as one of the best Test batsman of his era.

Sehwag will be the most unlikely entrant 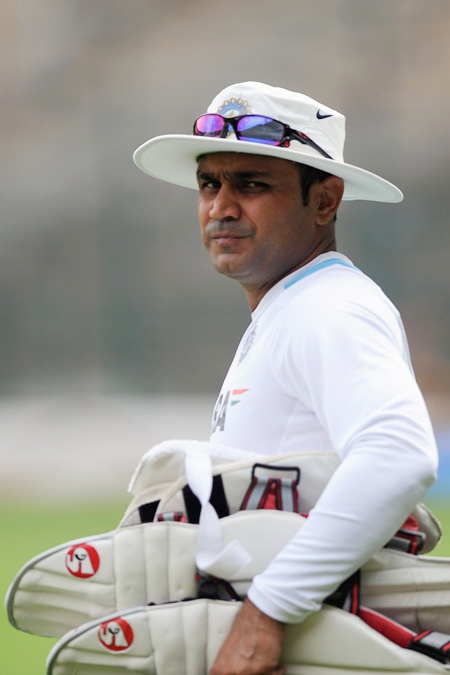 Sehwag will be the most unlikely entrant to the club, having started out as a dasher in domestic cricket. Back in 1999, when he made his One-Day International debut, many felt his approach was suited only for limited-overs' cricket.

Few thought that he would make the kind of impact he has with the bat in Test cricket. It is more remarkable when you consider that he was forced to open the batting in order to find himself a place in the Test team in 2002.

If you see his record, it would not be wrong to call him one of the greats of Indian cricket. After all, he is only the Indian batsman to score a triple century in Tests, and, mind you, twice! 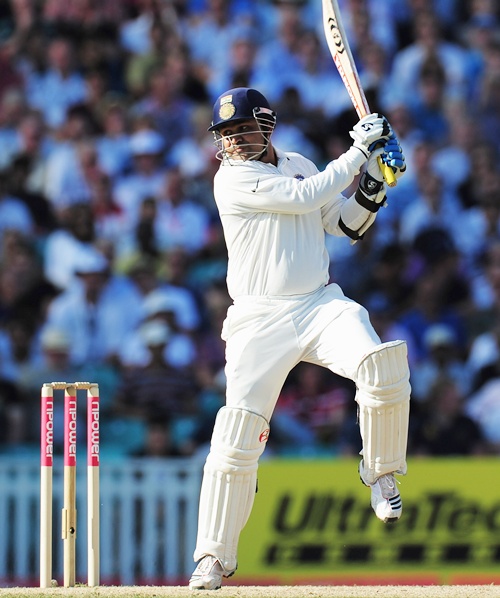 He registered India's first triple hundred in Tests when he smashed 309 from 375 balls against Pakistan in Multan in 2004. Four years later, he shred the South African attack to pieces with a blazing innings of 319 from 304 balls in Chennai.

He missed a chance to become the only man to score three triple centuries when he was dismissed after a breathtaking innings of 293 against Sri Lanka in Mumbai on December 2009.

In addition to his two triple centuries, he has scored four double centuries. Out of his 17 hundreds, eight are above the 150-run mark, proving that once he gets his eye, he is a very difficult batsman to dismiss.

'Players like him would bring back crowd to Test cricket' 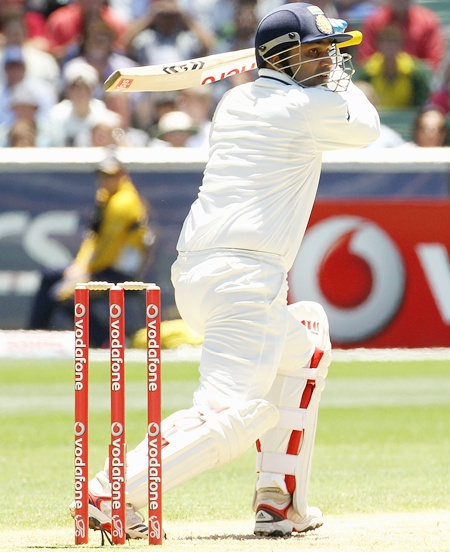 Kapil Dev paid Sehwag the ultimate tribute by saying that players like him have brought back the crowds back to Test cricket.

"There should be more players like Sehwag. Players like him would bring back crowd to Test cricket," said Kapil.

Having batted as an opener for most of his career, he has faced the worst of conditions sometimes, especially when batting overseas, but, with his own formula, he dealt with each challenge and, on most occasions, emerged triumphant.

'To believe in something in which nobody believes is confidence' 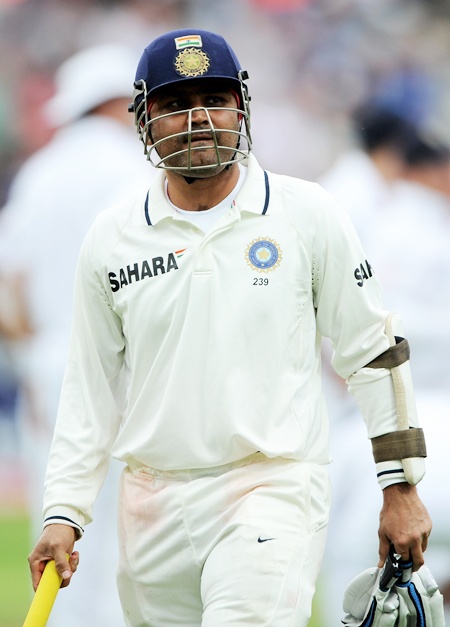 Recently, he was under criticism for his run of poor scores in Tests and it seemed he was on trial in the first Test against England at Ahmedabad. But, as always, he let his batting do the talking, smashing 117 and silencing his critics in style.

Sehwag has a chance to script another batting record, though you can be guaranteed that he will not be aiming for it. Only seven players in the history of the game have hit a hundred in their 100th Test. But one can be sure that what will inspire him the most is the truth that no Indian has ever achieved the record.

Come Friday, the whole country will be egging him on to achieve the unique feat and inspire India to another victory.

Following the hundred in the previous Test, there's no doubt that he will walk out to the middle in Mumbai high on confidence. He rarely deviates from his attacking style of batting, and whatever success he has achieved is due to his positive thinking.