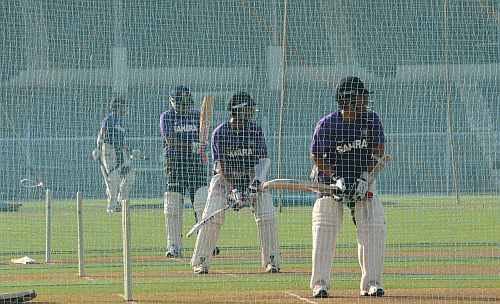 The India-England series seems a lost cause for the visitors, feels Bikash Mohapatra.

All the above terms indicate the same thing and will be used extensively when India takes on England in the four-match Test series, starting in Motera on Thursday.

One can accuse the Fourth Estate of going overboard when it comes to hyping a bilateral cricket series. At the same time, we cannot deny that the media in any country is a manifestation of popular emotions and opinions.

It needn't to be told that ours is an 'emotional' nation, one where emotion outweighs reason on most occasions, more so in cases where people are passionate about something.

Again, it needn't be reiterated how passionate we Indians are about cricket.

And the 4-0 drubbing at the hands of England last year is still afresh in public memory. This writer covered that ill-fated series, where Team India started as the No. 1-ranked side and favourites to win, and ended up surrendering both.

Dismal performance during the England tour 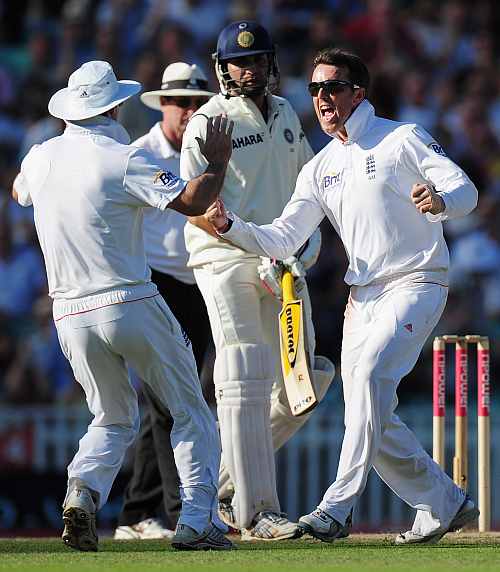 In fact, MS Dhoni's team failed to win a single match in that two-month tour, their dismal performance during the period ensuring humiliation for a cricket-crazy nation.

In the hindsight, we can always argue it wasn't a full-strength team, that they were not fortunate on many occasions and they deserved better. Having said that, the fact that the tour ended in abject failure cannot be negated.

The colossal disaster that the tour was, it yet again outlined the fact that Team India continues to be poor travellers, a team that struggles when the wickets are sporting and its players get exposed when they face the moving ball, a fact reiterated by an equally catastrophic performance Down Under a few months later. 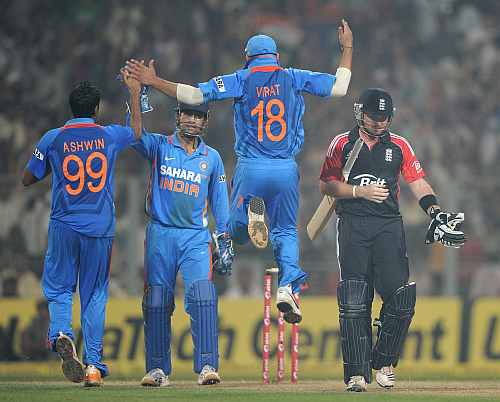 In between the two debacles, England visited India for an ODI series last November and was thrashed 5-0, a series arguably designed to appease Indian fans.

However, the Test whitewash was a difficult pill to swallow and the countdown for a revenge series began during that English team's sojourn in India.

In a day's time, Team India will attempt to make England swallow the same bitter pill it was forced to last August.

Image: Wicketkeeper Matt Prior (L) of England goes for a catch during a slip fielding drill in a nets session at Sardar Patel Stadium
Photographs: Gareth Copley/Getty Images

Coming to the series per se, it does seem one-sided, at least on paper.

Since beating India, England has played miserably, losing their No.1 status to South Africa. More importantly, they struggled on their Asian travels, getting thrashed 3-0 against Pakistan in the series played in the United Arab Emirates (Dubai and Abu Dhabi) and almost losing to Sri Lanka -- Kevin Pietersen's brilliance helping them share the spoils.

And if there is one aspect of the game where the English still have no clue, it is spin. Probably the reason why no recognised spinner was included in each of the three squads scheduled to play practice matches against the visitors.

To make matters worse, even if England managed to draw all the three warm-up games, their batsmen were ill at ease against Amit Mishra, Yuvraj Singh and the ilk, something that will give confidence to the likes of R Ashwin and Pragyan Ojha. 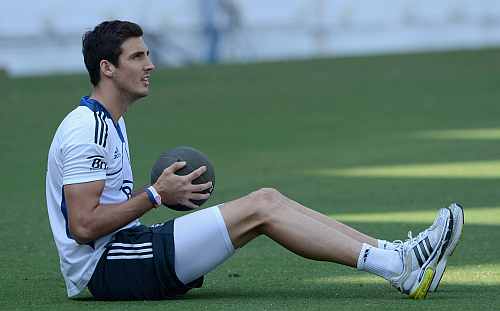 Besides, England's best spinner (Graeme Swann) has had his preparations cut short, and their two best new ball bowlers – Steven Finn and Stuart Broad – are still recovering from injuries.

Team India, on the other hand, go into the series with a lot of confidence. If statistics are a parameter for performance, suffice to say, India hasn't lost a series on home soil in eight years (after Australia won in 2004). More importantly, England hasn't won a series on Indian soil in 27 years.

Despite having issues in the dressing room, Team India had no trouble winning their last two series played on home turf – against the West Indies last year and New Zealand this season. 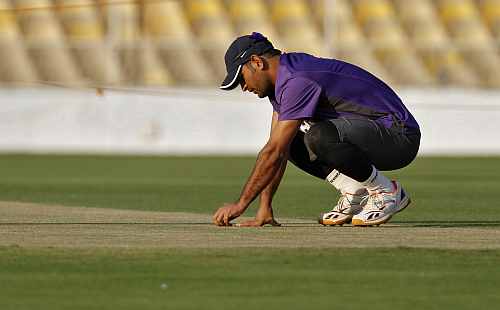 Besides, the turning wickets at home always work to the team's advantage.

The authorities in Motera had produced a sporting track in 2008, during the series against South Africa. Team India responded by losing the match in less than three days. Since then, it's been about preparing a track that favours the home team.

This time it is no different.

And that means trouble for the visitors. To be blunt, this series seems a lost cause for England. But, as they say, it's not over till it's over.