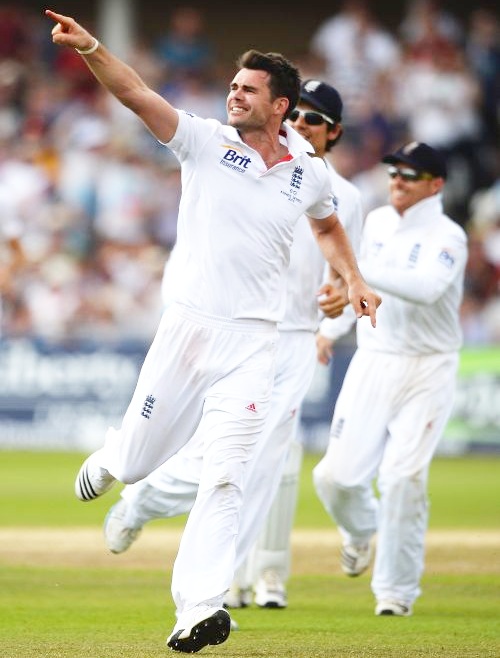 - Will ICC appeal against Anderson-Jadeja 'not guilty' verdict?

Dhoni is understood to have told Anderson that he would squeeze the life out of him if he ever went near his team's dressing room.

On the other hand Anderson called the Indian skipper a 'f***ing fat c***' as the bowler's spat with the tourists at Trent Bridge was revealed.

Next: 'Anderson had threatened to break Jadeja's teeth' 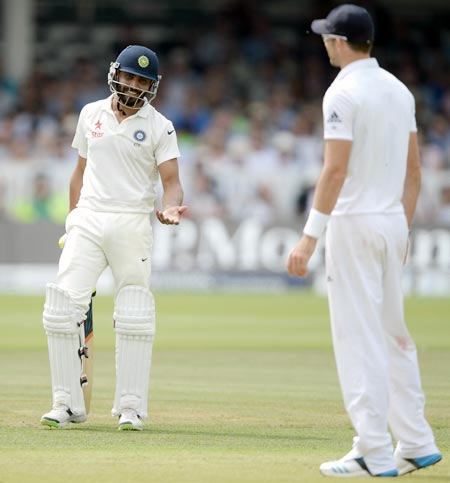 He may have been let off after an ICC hearing but it has now come to light that England pacer James Anderson did admit to abusing Indian all-rounder Ravindra Jadeja during their altercation during the opening Test in Nottingham.

- All you want to know about Anderson-Jadeja altercation is right here...

According to a report in ESPNCricinfo, Anderson had threatened to break Jadeja's teeth during the altercation. The matter was brought to a close earlier this week when an ICC appointed judicial commissioner exonerated both the players of the respective charges brought against them.

"...he (Anderson) admitted to having continuously abused Jadeja, pushing him and acting in breach of the spirit of cricket. He also threatened to break Jadeja's teeth, the BCCI's counsel contended while appealing the sentence earlier handed to Jadeja by match referee David Boon," the report said. 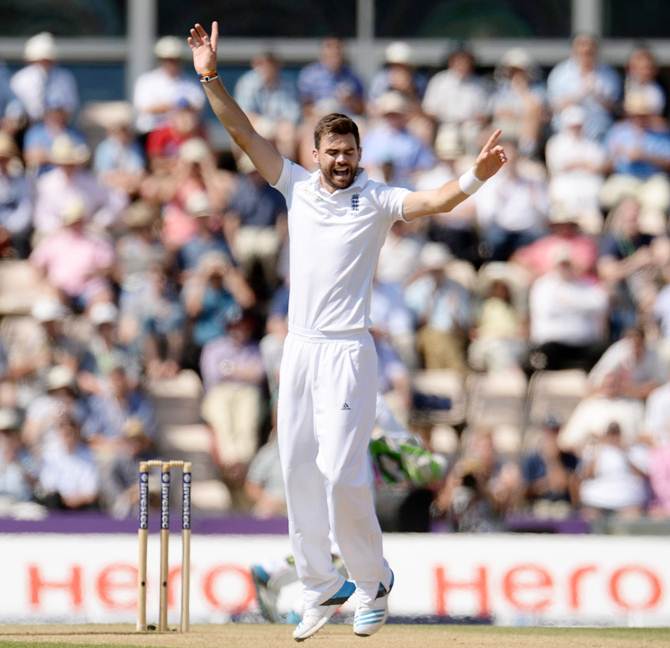 It has also been reported revealed that umpire Bruce Oxenford asked Anderson to stop 'chirping' at Jadeja, but it had little effect, with Anderson calling the all-rounder a 'f***ing c***' and a 'f***ing p***k' in the middle.

Jadeja has alleged that Anderson also threatened him in the pavilion, where the push also took place, the report added.

Next: ‘Anderson refused to acknowledge his actions as against the spirit of the game’ 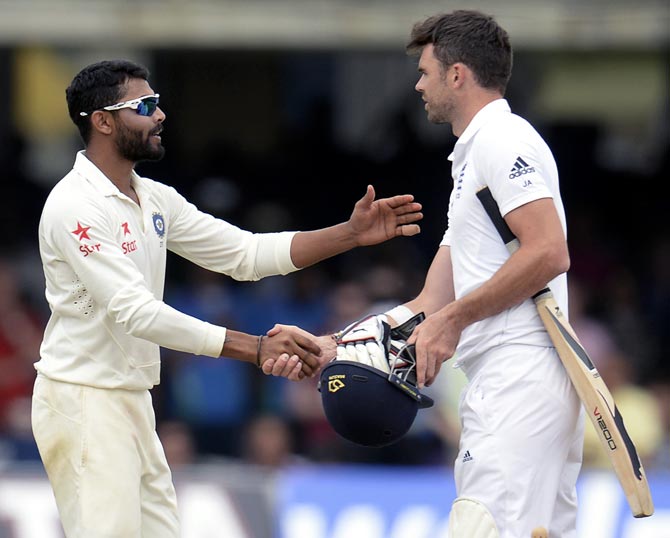 "These were two different but overlapping cases. The BCCI counsel took part in the appeal against Jadeja's sentence, but the case involving Anderson was pursued by the ICC's lawyer, as is the protocol for Level 3 charges. The BCCI counsel didn't get a chance to cross-examine Anderson during that main case but did so during the Jadeja appeal.

"The cross-examination was intense and aggressive, say those present, and began with the BCCI counsel addressing Anderson using some of the swear words allegedly used by the player, catching him by surprise," he added.

Chronicling the incident, the report stated that the abuse by Anderson was continuous.

"The incident took place as the players were walking off for lunch on the second day of the Trent Bridge Test. Anderson had appealed for a catch at the wicket against Jadeja with the first ball of the over, after which he was seen having a word with Jadeja. Umpire Bruce Oxenford's witness statement said he intervened and asked Anderson to stop chirping. The chirping, though, continued," he said.

Anderson reportedly even refused to acknowledge his actions as against the spirit of the game.

"Anderson didn't contest MS Dhoni's statement as witness that he abused Jadeja again, and asked him to return to the dressing room, This is also when he is said to have threatened to break Jadeja's teeth. Anderson was asked if he thought his actions were against the spirit of cricket. He said, 'Yes'."