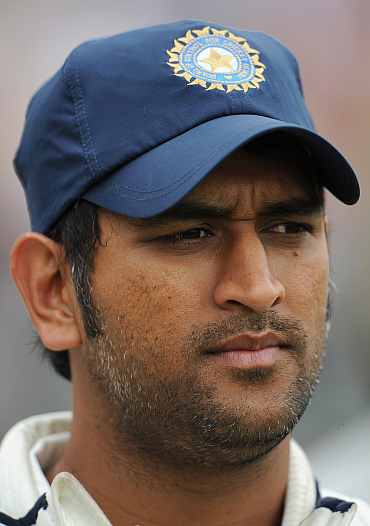 The five-match ODI series, which starts at the Rajiv Gandhi International stadium in Uppal, Hyderabad, on Friday, presents Team India an opportunity to not only get back at England, but also take the No. 4 slot in the ICC ODI rankings.

Revenge is the purest emotion. Particularly when the wounds are yet to heal; the scars are still afresh.

It's less than a month since Team India returned from England empty-handed, humiliated during the course of the tour. MS Dhoni's team was whitewashed 4-0 in the Test series, beaten in the lone T20 and swamped 3-0 in the One-day series that followed.

When was the last occasion an Indian team failed to win a single match on tour?

But, to their fortune, the team has a chance at redemption sooner than expected. The five-match ODI series, the return leg so to speak, starts at the Rajiv Gandhi International stadium in Uppal, Hyderabad, on Friday. It presents Team India an opportunity to not only get back at the visitors, but also take the No. 4 slot in the ICC ODI rankings -- the Men in Blue slipped to No. 5 following the loss in England. 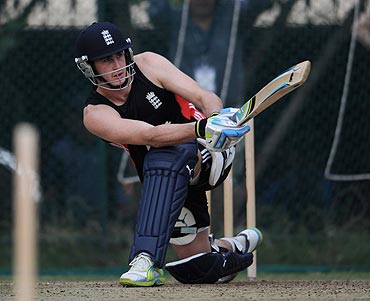 The team need not look beyond its own performance for inspiration. The last occasion India played in an ODI series in England, in 2007, they were beaten 4-3, the hosts clinching the series with a seven-wicket win in the final One-dayer at Lord's.

However, when England came to the subcontinent in November the following year, they were thrashed 5-0. Thus, there's no reason why Team India can't repeat the feat.

The fact that the English team is largely inexperienced -- with key players like Eoin Morgan and Stuart Broad out injured, and James Anderson rested -- and traditionally poor travellers, gives Team India a major advantage. 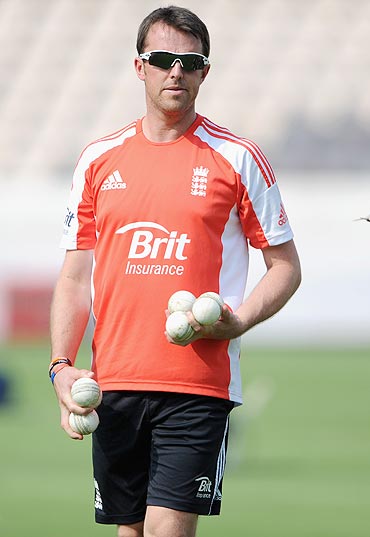 The favourable home conditions (read flat wickets with plenty of runs) provide yet another boost to the hosts as also the fact that most of the English batsmen are not good players of spin.

Talking about spin, the visitors do have in Graeme Swann a quality spinner. However, whether he can assert himself, or, for that matter, is allowed to settle down, will depend on how India's top order batsmen tackle him.

Add to it the fact that it's been more than five years since England beat India in an ODI on home soil -- in April 2006 at Jamshedpur, and the latter's case becomes even stronger.

It is imperative here, though, to mention that the last One-dayer the two teams played in the subcontinent -- at the Chinnaswamy stadium in Bangalore during the World Cup earlier this year -- ended in a tie.

India's newcomers will strive to impress 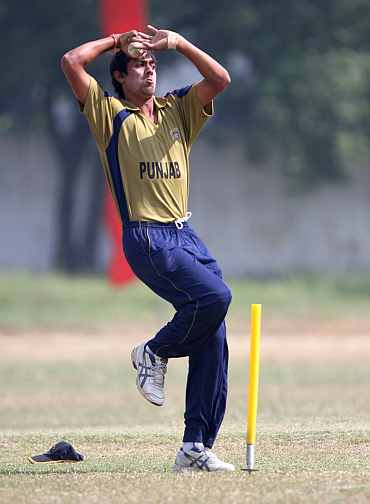 Dhoni will be missing the services of key players, like Sachin Tendulkar, Virender Sehwag, Yuvraj Singh and Zaheer Khan -- all out with some injury or the other -- and the team is low on morale and high on fatigue, what with the excess of matches taking its toll. But the presence of a couple of new, younger players, and a few getting yet another chance, bodes well for the home team.

The newer lot will sure make an effort to impress and that could just do the trick.

Taking all factors into consideration, Team India goes into the series as favourites to exact revenge for the humiliation it endured in England last month.

In all likelihood, it should succeed in its endeavour!