Pietersen was an awful skipper: Swann 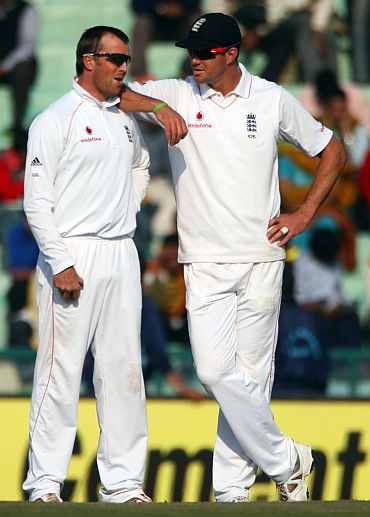 England off-spinner Graeme Swann has criticised the manner in which Kevin Pietersen led the side during his stint as England captain.

In his new autobiography, The Breaks Are Off, Swann has been quoted as saying:"There is no doubt that Kev is a good player, a really fine batsman, but he was never the right man to captain England in my opinion. Some people are better leaders of men and Kev, for all his abundant talent is not one of those natural leaders."

According to a report in the Daily Mail, Swann prefers the calmer leadership style of Strauss, saying that at one point of the Chennai Test in 2008, Pietersen was reduced to screaming "F bowl f straight at everyone."

"I wouldn't say he was a useless captain, but he wasn't my sort of captain and we've ended up with the right man. I can't really work out why Strauss demands respect, but he does. I've known him a long time but there is a line I won't cross with him that I will cross with anyone else. It's the sign of a good leader. I'm in awe of the way he speaks."

Strauss was a captaincy material 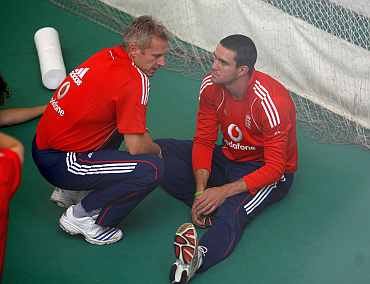 Swann felt that Strauss knew exactly what the bowler was thinking.

"He always seems to press the right buttons with me and says exactly what I'm thinking. He's to the point and meaningful and I'd be really upset with myself if he ever felt it necessary to dress me down," Swann was quoted as saying in the book.

The British paper disclosed the moment when Pietersen's relationship with the then coach Peter Moores started to breakdown -- before he was made captain -- when Moores insisted the team do strenuous training in the immediate aftermath of a tied one-day international in Napier in 2008.

"I've never known one particular incident create so much unrest. The New Zealand players were just laughing their tits off at us. I've never been more embarrassed on a cricket field. It was such a shame because Moores had done little wrong until then and he was the man who got me back into international cricket," Swann said.

Subdued celebrations after Ashes win in 2009 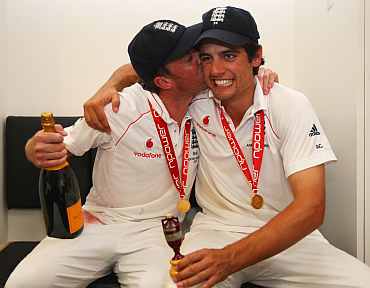 Swann speaks favourably of Moores and sees no reason why he could not return to coach the national team again in the future.He said: "Yeah, why not? I'm surprised that he's not had a go with another country. He's boxed quite clever, going back to Lancashire and doing well with them."

He also says that it was a shame that England did not celebrate The Ashes in 2009 as it did in 2005.

"I still think it was a big shame we didn't celebrate hard. Instead, we played a damp-squib match in Ireland. It was almost as though people were saying, ''We can't possibly celebrate again because last time Freddie got drunk and Hoggy pd in a plant pot."

Swann said that he always tries to look on the bright side and openly laugh at things.

"So, I can look back at missed opportunities, oversleeping for the bus on tour, taking the p out of Nasser Hussain too often. It makes me laugh out loud because they've shaped who I am and you learn from your mistakes," said Swann.