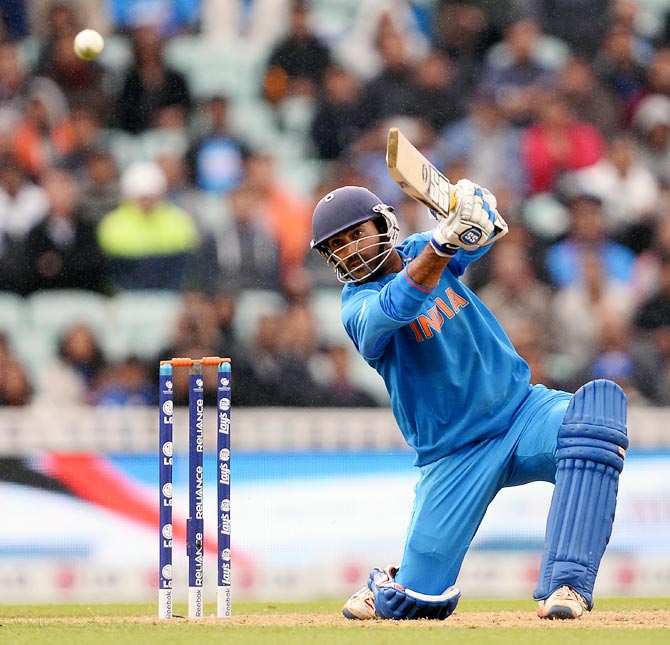 Wicketkeeper-batsman Dinesh Karthik, who was the second-costliest buy in the 2014 Indian Premier League auction at Rs 12.5 crore, said he is excited to play under Delhi Daredevils coach Gary Kirsten in the seventh edition of the T20 tournament starting on April 9.

"Everybody knows him as a wonderful human being and his track record has been phenomenal. It is going to be wonderful to be working with a person like him and you require a calm head in T20 and he will definitely bring that to the table," Karthik said in Mumbai.

Only Yuvraj Singh, who was bought for Rs 14 crore by Royal Challengers Bangalore, fetched higher price than Karthik at the two-day auction held in Bangalore on February 12 and 13.

Karthik, who had played for Delhi Daredevils for a couple of seasons before he shifted to Mumbai Indians till last season, said the Delhi squad is a balanced one without many big names in it.

"I think it is a very balanced squad. It is one of those squads where you don't have huge names, but I think we have the potential to win games of cricket. But T20 is such a format. It is not about how strong a team is, but at that given day who plays the best," said the Tamil Nadu wicket keeper-batsman who will lead India Cements in the BCCI Corporate Trophy tournament starting on Sunday. 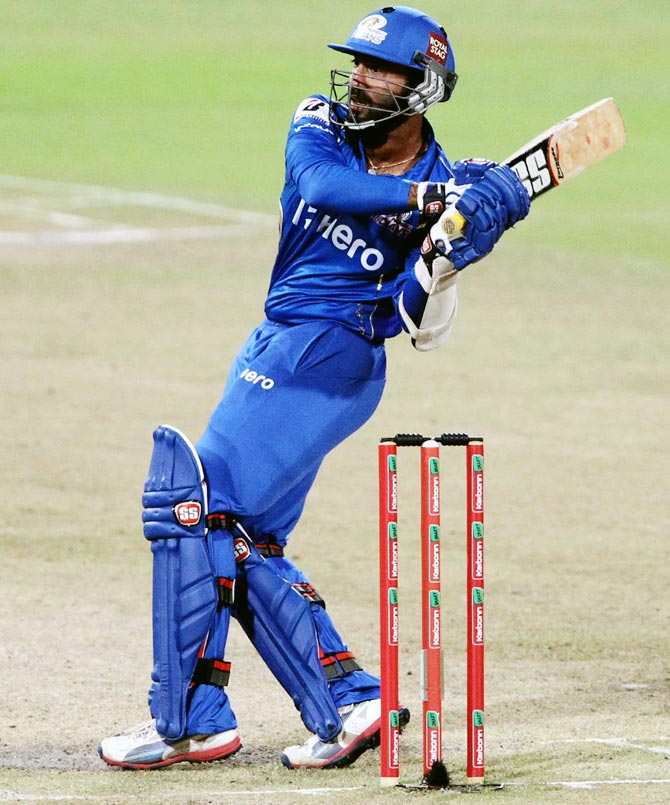 Asked whether former England star Kevin Pietersen, who has expressed his desire to lead the Daredevils, should be made the captain or whether he is interested in the job, Karthik said the decision lies with the team management.

"It is not about whether I am good enough or Kevin Pietersen is good enough. It is about what Gary Kirsten and the entire coaching unit thinks. What they feel is the best suited for the team.

"I think we should leave the option to them and whatever they decide, it will be a good decision because they all have previous experiences as support staff."

The 28-year old, who has even opened the batting on occasions in Tests, was not retained by holders Mumbai Indians. He said the decision is understandable as only five players could be retained as per the IPL rules.

"If you are a championship winning team, you always have about 7-8 players who have the chances of being retained. The rules are such that you can retain only five. They took their option and it is totally upto them and I am totally with them on that," said Karthik.

"Given an opportunity the playing 11 which had played the final would have been retained. Why would they let go a player like Mitchell Johnson? That is part of the IPL, that is part of the player's auction. I wish them good luck," he said.

'Whenever I get the opportunity I will do my best' 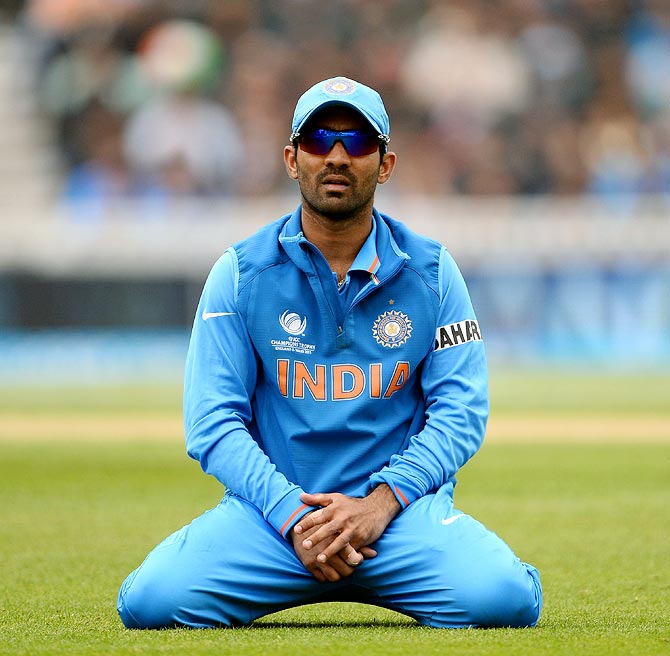 The Tamil Nadu stumper admitted he was surprised by the price that he fetched at the auction.

"It came as a surprise to me. I am not going to be lying here. I was very surprised. I am very happy with the team. At the end of the day it is not about the money but what you can contribute to the team and that is what I am looking forward to," he said.

Karthik, who has played 23 Tests and 67 ODIs for India, pointed out that many domestic players got far more than some of the international players at the auction because of the potential they possessed.

"It just goes to show that if you perform in IPL, you will be getting what you deserve irrespective of whether you are an uncapped player or a capped player or domestic player or international player. It is about what you can bring to the table," he said.

Karthik, who is not part of the India squad for the ICC World T20 championship, to be held in Bangladesh in March-April despite being the second costliest player at the IPL auction, said the strength of the Mahendra Singh Dhoni-led squad chosen for the tournament is evident from the fact that six players in it, including Dhoni, had been retained by their respective IPL franchises.

"I think it is very wrong to compare the IPL with the current Indian T20 team. Even if you see the Indian T20 team, out of the top seven that are playing, six of them have been retained.

"It just shows that the Indian team has a batting unit that is very strong. There are bound to be players who are going to be missing out and I am one of them. I wish the team good luck and it is all upto the selectors and what they think is the best for Team India at the moment," he said.

Asked how difficult it would be for him to make a comeback to the Indian side, Karthik said, "Whenever I get the opportunity I will do my best. And that will be my only aim, to do well in whichever domestic match I play."