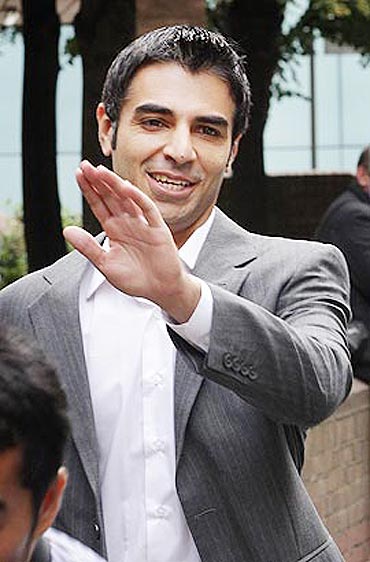 The PCB seems to be concerned with the ongoing trial in London of the three banned Pakistani players -- Salman Butt, Mohd Asif and Mohd Aamir -- and their London based agent Mazhar Majeed as murkier picture emerges about the involvement of more Pakistanis in the fixing racket.

After the testimony given by Mazhar Mehmood, the undercover reporter of the now defunct tabloid News of the World, to the court and jury, on Monday, it emerged that other Pakistani players were also allegedly involved in the fixing rackets as mentioned by Majeed in his conversations with the reporter that were secretly taped as part of sting operation.

In his testimony and in the audio recordings heard by the judge and the jury, on Monday, Majeed also claimed to have met with PCB Chairman Ijaz Butt in connection with the proposed Pakistan Premier League.

"If anything it just shows the extent to which Mazhar Majeed was involved with Pakistan cricket although he was only an agent for some of the players in the team," one former player said.

Court could issue summons to other players too 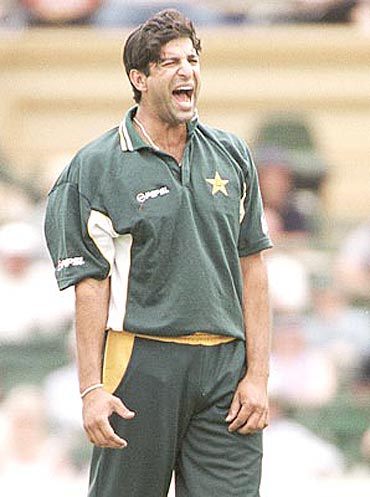 Reliable sources said that the PCB, which has sent its legal advisor Tafazzul Rizvi to attend the hearings, is worried that if the trial continues the judge and the jury might issue summons to other Pakistani players also to give testimony before the court.

"It is a dicey situation because the names of so many Pakistani players are being mentioned in the fixing racket by Mazhar Majeed in his taped conversations with the undercover reporter," a source said.

A legal expert in Lahore said that as things stand, the court could well issue summons to the players whose names have been taken by Majeed to appear in court and give testimony.

On Monday, it emerged that Majeed, in one of his conversations, had also taken the names of former greats like Wasim Akram, Waqar Younis, Ejaz Ahmed, Moin Khan, alleging that they were also at sometime involved in the fixing racket. Moin Khan told Geo TV he was surprised to learn about his name being taken by someone he didn't know at all.

"I can't say much at this stage because the matter is subjudice but I have never met or seen Mazhar Majeed in my life and I only came to know about him after the spot-fixing scandal broke out last year in England," Moin, a former Pakistan captain, said. "So I am surprised that he is taking names including that of mine," he added.

PCB could be under moral pressure 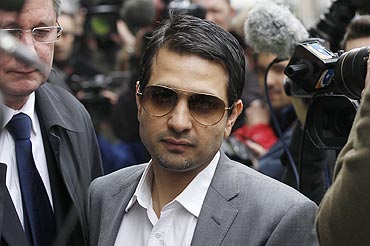 The legal expert said that one issue that the PCB could face in near future as a result of the trial could be the selection of those players in the national team whose names had also been taken by Majeed in connection with the fixing racket and with reference to last year's tour to England.

"Right now these are all allegations and Majeed or the prosecution has to produce evidence against the current lot of players whose names have been taken in the trial. But given the sensitivity of the trial the PCB might soon face a moral pressure and also be advised by the ICC to withdraw such players from the team until the matter is cleared," the expert said.

He also said the PCB's concern was clear by its decision to tell its legal advisor to prolong his stay in London and keep on attending the trial at the Southwark court.

One of the player whose names has been taken – Wahab Riaz -- who has been selected in the UAE bound squad for the series against Sri Lanka was also questioned by Scotland Yard last year in connection with the spot-fixing scandal but no charges were laid out against him and neither did the ICC prevent him from playing for his national team or in foreign leagues.
Wahab, in fact, recently played in the English domestic T20 championship.