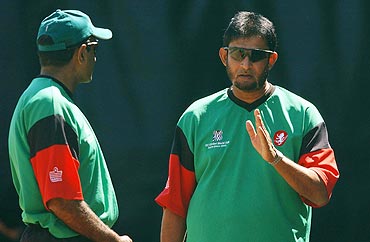 He might have played a key role in helping Kenya reach the semi-finals of the 2003 World Cup, but former India cricketer Sandeep Patil feels that any coach is as good as his team and it is actually the players who are behind the success of any side.

Patil, who was coach of the Kenya team when it reached the semi-finals of the 2003 World Cup, said it was wrong to believe that he was behind the African nation's success eight years ago.

"A single guy cannot help a team succeed. It has to be a combined effort. It is mainly the players who have to contribute because a coach's job is restricted. A coach can do his bit only till the players cross the boundary line. Once the game starts, everything is up to the players."

'At international level, its just man-management' 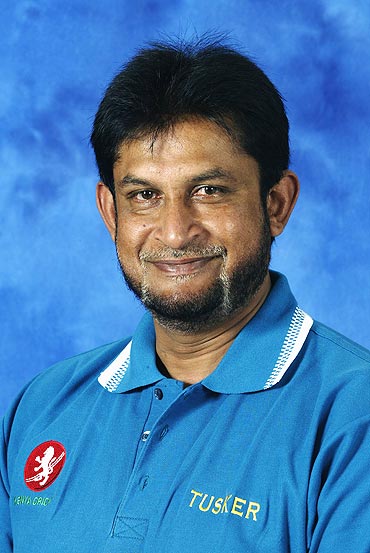 "It is a wrong idea people are carrying that Sandeep Patil made Kenya reach the semis. It is absolutely rubbish. I just enjoyed that tournament that's it," said the former all-rounder.

Patil was of the view that coaching is merely a man-management job.

"It is strange that people still call it coaching at the international level. You cannot coach legends like Sachin Tendulkar, Sunil Gavaskar, etc. You can just fine-tune them. It is basically man management that a coach does," he observed. 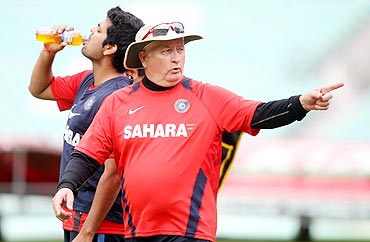 Asked the reason behind Indian Cricket Board's preference for a foreign coach for the national side, Patil said, "It is up to the BCCI to decide on the Indian coaches. I cannot say much about it."

"Everyone is good and it is up to the BCCI to take a call," said Patil, who is in Durban to participate in the second edition of the World Cricket Legends -- a 15-over-a-side cricket match in the jungle between former Indian and South African players, organised by the Beyond Boundaries.

He also refused to compare South Africa's Gary Kirsten, who guided India to the 2011 World Cup triumph, with his successor, Duncan Fletcher.

"If you ask me to compare their physical appearances, I am more than willing to do it. Like who is taller or fairer than the other," quipped Patil, who also coached the India team.