The whole team contributed to the CLT20 title win: Haddin 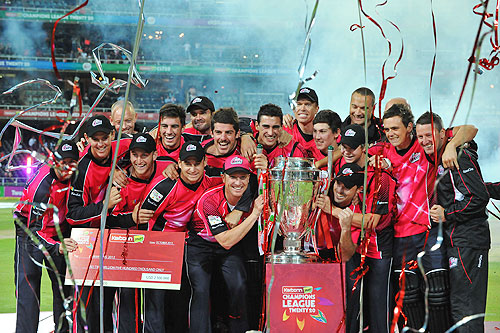 In what was a clinical performance by Sydney Sixers, the Aus club mauled the Highveld Lions by 10 wickets to clinch the Champions League title and skipper Brad Haddin attributed the victory to their "outstanding" preparation for the final.

"The preparation for this game was outstanding. We have been building for the win for two weeks. We were nervous before the semi-finals but we played very good cricket as a team today," Haddin said.

The Sixers overhauled the 122-run victory target with 7.3 overs to spare.

"We have been consistent throughout the tournament. T20 is about going by the gut feeling. We decided to start with a spinner just moments before the action. Everyone expected us to start with a fast bowler but we decided to change it a bit, take the pace off the ball. It was about execution and they have been outstanding.

"The positives we can take is that the whole team contributed at various stages. We showed the world over in a month that we are a world class team," he added.

'Disappointing, we couldn't put on a good show' 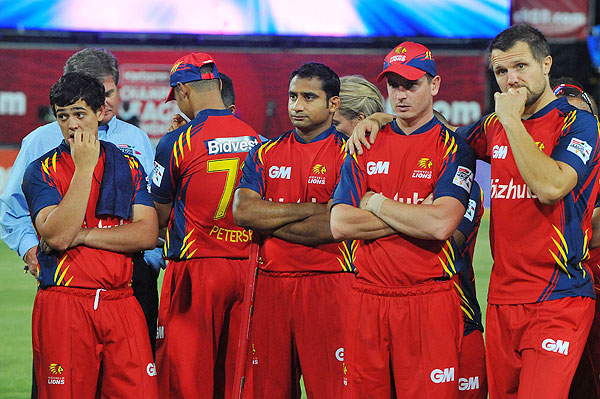 Lions skipper Alviro Petersen was left disappointed but said he was proud of the boys for putting up the effort and reaching the final.

"We started poorly. I don't think a lot of people gave us a chance to reach the final. You can't put your finger on why we lost today. Disappointing, we couldn't put on a good show. Really happy with the way the guys have performed as a unit," Petersen said.

Put into bat, the Lions were 9-4 in 3.3 overs but Jean Symes (51) somewhat resurrected the innings to help them post 121 all out in their stipulated 20 overs.

Michael Lumb, who was adjudged the Man of the Match for scoring an unbeaten 82 off 42 balls, said: "Dirk and Sohail bowled well early on. The ball came on quite nicely on to the bat, so was cautious at the start. I am happy, hit the ball pretty good. The boys have been first class in whole tournament, got to take my hat off to the rest of the guys."

Mitchell Starc, who was awarded the Man of the Series, said: "The extra bounce and pace was good. Our spinners showed class today. We have such a good attack. Josh deserved a lot more wickets than he got. We performed outstandingly well. My first experience in SA has been a great one."
Tags: Alviro Petersen , Michael Lumb , Jean Symes , Mitchell Starc , Sohail
More
© Copyright 2022 PTI. All rights reserved. Republication or redistribution of PTI content, including by framing or similar means, is expressly prohibited without the prior written consent.
Write a
Comment
Print this
article