Winning CLT20 without Sachin is a great achievement: Harbhaj 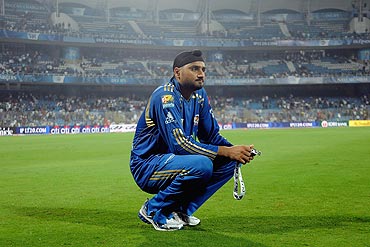 "Not many people gave us a chance at the start of the tournament.

If we can achieve so much without having players like Sachin Tendulkar, Rohit Sharma and Munaf Patel, just think about what we can do if we have them," an elated Harbhajan said at the post-match presentation ceremony.

'We wanted to give our best shot' 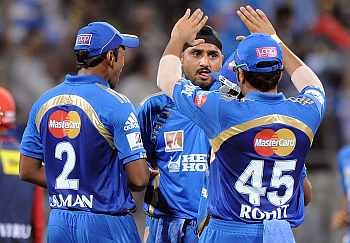 He believed that it was a matter of getting the top three --- Tillekaratne Dilshan, Chris Gayle and Virat Kohli.

"We knew that of we could get Gayle, Virat and Dilshan, we will be right in the game. Shaun Pollock told us during the
interval that if we try we could defend any total. We wanted to give our best shot. The body language of the boys was great and by the grace of God we got the desired result."

He was all praise for man of the tournament Lasith Malinga for his all-round show.

"His record shows what a phenomenal cricketer he has been. It's great pleasure to have a guy who can win matches
for you. Another of our bowling hero has been Abu Nechim Ahmed." 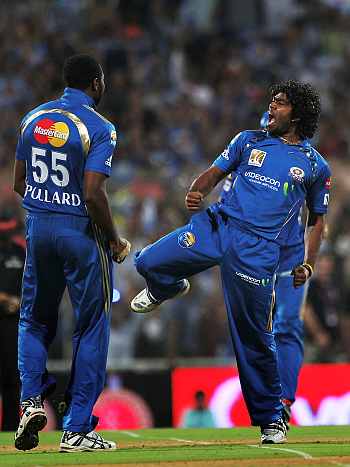 Malinga on his part said that it was a great feeling to get a batsman like Tillekaratne Dilshan out.

"He is a good player so it was great that I got him out. When we started the tournament, we were not in a very good situation but I am very happy that we have won the tournament in the end."

About his couple of crucial knocks, he said, "I am happy to have contributed with the bat but I would like to concentrate on my bowling."

'On two occasions now, we have got stuck on this track' 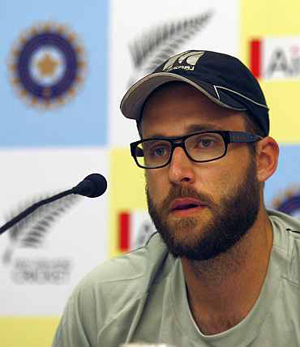 RCB skipper Daniel Vettori was a disappointed as he felt that 140 was a "gettable target."

"We were aware that the wicket will be vastly different from the one we played on at the Chinnaswamy.

"It was on the slower side.

"On two occasions now, we have got stuck on this track."