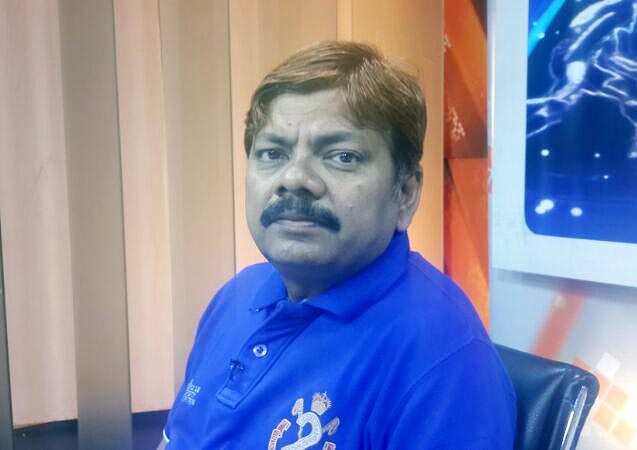 'It has been a long battle against the BCCI and today I am proud that it has reached this stage.

'The BCCI doesn’t listen to a common man like me, so that is why it was necessary to take the battle to the courtroom.'

Cricket Association of Bihar secretary Aditya Verma discusses with Harish Kotian the Supreme Court's suggestion that N Srinivasan step down as BCCI chief to facilitate a fair probe into the IPL betting and spot-fixing scandal.

Aditya Verma has been fighting a lone battle against the Board of Control and its president N Srinivasan over the last eight months. Many hurdles came his way, but despite the tough opposition he faced, never did he consider giving up the challenge.

On Tuesday, the Cricket Association of Bihar (CAB) secretary heaved a sigh relief after the Supreme Court asked Srinivasan to step down so that there can be a fair probe into the betting and spot-fixing scandal that rocked the sixth edition of the Indian Premier League last year.

"The observation of the Supreme Court is in the interest of cricket, the BCCI and the country and I am very happy with it.

"Srinivasan has 48 hours to submit his resignation as BCCI president. If he doesn’t resign then the Supreme Court will make its own decision," an ecstatic Verma told Rediff.com.

Last July, the CAB had filed a Public Interest Litigation plea challenging the constitution of the two-man probe panel that was set up by the BCCI and IPL Governing Council following the betting and spot-fixing scandal.

Srinivasan was temporarily forced to step aside as BCCI president following allegations that his son-in-law Gurunath Meiyappan, who was Team Principal of Chennai Super Kings, was involved in betting on IPL matches. Jagmohan Dalmiya took over as interim chief, but Srinivasan returned at the helm after the elections at the Board’s Annual General Meeting in September.

'Is Srinivasan bigger than the Supreme Court?' 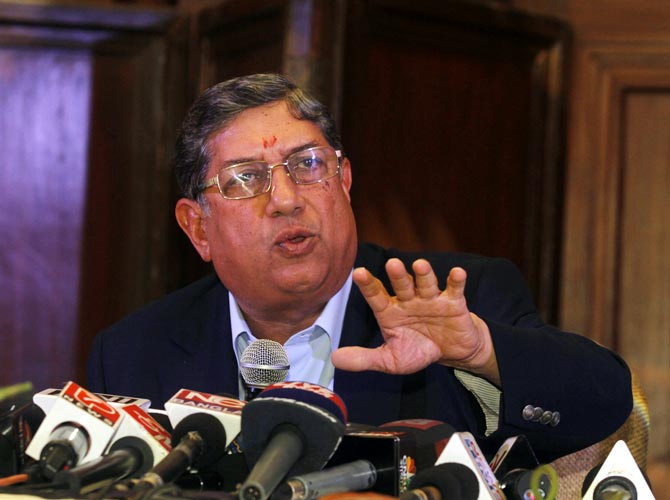 While allowing him to resume office, the Supreme Court restrained him from dealing with the IPL, and appointed a three-member panel, comprising retired Chief Justice Punjab and Haryana high court Mukul Mudgal, senior advocate and additional solicitor general L Nageshwar Rao and Assam Cricket Association member Nilay Dutta, to conduct an independent investigation into the scam.

Asked whether Srinivasan could yet again script another escape and continue as BCCI president, Verma said it will be impossible to go against the Supreme Court.

Earlier in the day, Justice AK Patnaik told the Supreme Court, ‘Mr Srinivasan should step down else we'll be forced to pass an order. How did he stay on despite all the allegations? His staying on was nauseating for cricket.’

Shedding light on the proceedings in the Supreme Court, Verma revealed how Justice Patnaik was scathing in recommending that Srinivasan give up his post.

"When the argument started in the Supreme Court, the lawyers of BCCI immediately accepted their mistake and told the judge that they are ready to abide by whatever decision they take to clean the mess in Indian cricket.

"The judge then got furious and he told them that first clean the mess within your organisation and then we will talk further. The judge was very angry and he told them quite clearly that Srinivasan must step down and after that we will talk. He gave them 48 hours’ time to tell Srinivasan to quit, else they will take a decision. The court said the charges are very serious and there is no way that Srinivasan can continue," revealed Verma. 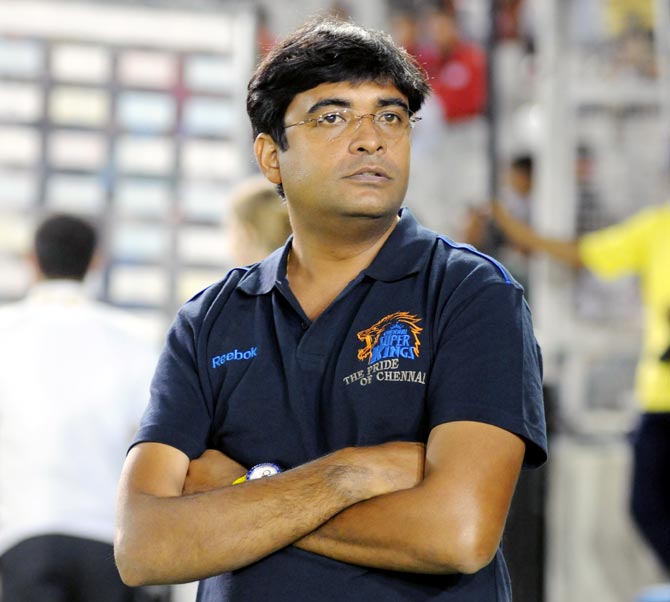 He claimed that the very fact that the Supreme Court has taken upon the onus of cleaning Indian cricket speaks volumes of the mess in the BCCI.

"If the Supreme Court is looking to clean the mess in BCCI then definitely it will make a difference. There is a limit to everything and Srinivasan and his current team have crossed all limits. It had to be stopped somewhere.

"If the Supreme Court has intervened and takes such a tough stand then definitely something good will come out of this, which will benefit Indian cricket, BCCI and my state Bihar in the future," he said.

For Verma, the apex court’s stance on Srinivasan continuing as BCCi chief is a victory of sorts.

"It has been a long battle against the BCCI and today I am proud that it has reached this stage, where the highest court in the country has observed that Srinivasan has to go. I have received death threats and various other things were tried to stop me, but I have not given up. I believe that the mess is within the BCCI itself and for that Srinivasan must quit. I will fight for it as long as I can," he said.

He believes the latest development has once again proved that nobody is above the law in this country, no matter how much power or money one has.

"The BCCI doesn’t listen to a common man like me, so that is why it was necessary to take the battle to the courtroom."