We are happy with Yuvraj's recovery: Rajeev Shukla 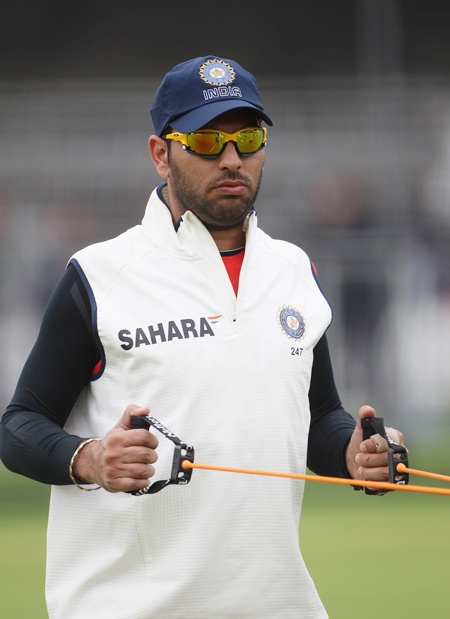 Senior BCCI official and IPL governing council chairman Rajeev Shukla on Tuesday said the BCCI is satisfied with the improvement shown by Yuvraj Singh and is hopeful of his availability during the upcoming World Twenty20 Championship in Sri Lanka.

"We (BCCI) are very happy with Yuvraj's recovery. He has been practising hard at the National Cricket Academy for the past one month. The physios and the trainers are keeping a close watch on him," Shukla said at the promotional event regarding Champions League Twenty20.

"We are hopeful about his availability for the World Twenty20 but then again, it will be the prerogative of the selectors. They will take a final call," he added.

With the Indian team having a choc-a-bloc calender till the next edition of IPL, there was the inevitable question of fatigue, but Shukla said that the onus would be on players to decide when they want rest.

'The BCCI would never compromise on fitness issues' 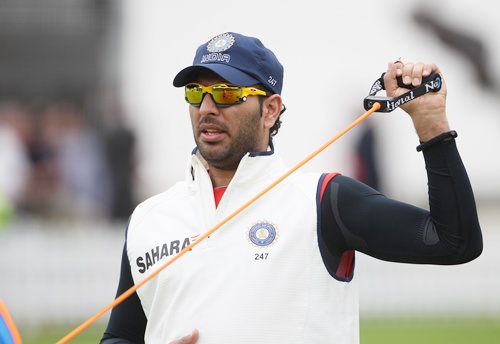 "I don't think the question of players' fatigue arises. The BCCI's policy is very clear. If a player feels that he is tired and requires rest, he should intimate the BCCI and would certainly be given time to recover."

"In any case, the support staff of the franchises are in constant touch with the national team's support staff. The BCCI would never compromise on fitness issues," the senior official said.

Shukla also didn't seem too worried about the slotting of Champions League T20 immediately after the World T20 Championship and said popularity of the game is such that viewers' fatigue won't be an issue.

"The Champions League T20 is gaining popularity and during IPL-IV, the CLT20 was immediately held after that but it was well received by people."

"So, I don't think that viewers' fatigue will be an issue. Also the tournament, when held for the first time in South Africa was well received by people," he added.