Sign in  |  Create a Rediffmail account
Rediff.com  » Cricket » We are ready to meet, sort out issues: BCCI to Sahara

We are ready to meet, sort out issues: BCCI to Sahara 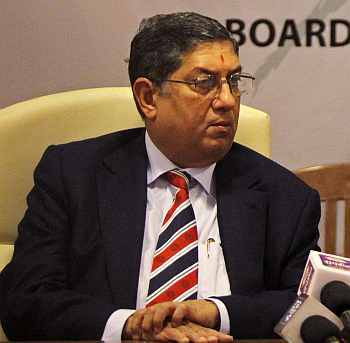 Stung by Sahara's pullout as sponsor of Indian cricket team and owner of IPL franchise Pune Warriors, the BCCI on Monday took a more re-conciliatory stand towards the aggrieved corporate giant, saying it was ready to sit across the table and sort out all the matters.
Two days after Sahara's shock decision to severe ties with the BCCI, its President N Srinivasan said that he was ready for a dialogue with the group to sort out the issues.
"Most certainly, we are ready to meet and sort out the matters. We have no problems with that. We do appreciate what Sahara have done. They might have felt aggrieved and did not get what they wanted from the IPL. We had good relationships and so we should sort out the issues," Srinivasan said.
Tags: IPL , BCCI , Srinivasan , Sahara , Pune Warriors

'It has been an up and down relationship with Sahara' 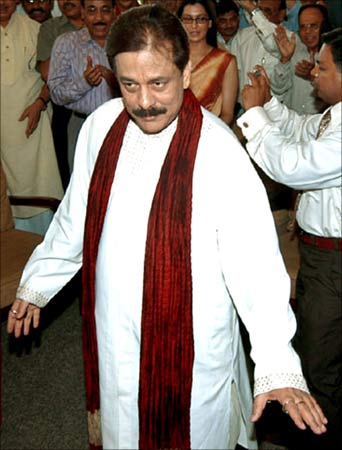 Asked if he was sending out a message of reconciliation, Srinivasan said, "Personally yes. I am open to dialogue and BCCI is open to dialogue. We recognise there were grievances on their part but there was no reason to break suddenly."
Srinivasan acknowledged that it was an up and down relationship between BCCI and Sahara but refused to go to the specific issues to be dealt if such a meeting takes place.
"It has been an up and down relationship but when we meet I hope most of the issues will be resolved. There is an opportunity to sit across the table with Sahara. All issues will be discussed but it will be premature to speak about the issues now," the BCCI chief told a television channel.
Tags: BCCI , Srinivasan , Sahara

'I was surprised to know about Sahara ending sponsorship' 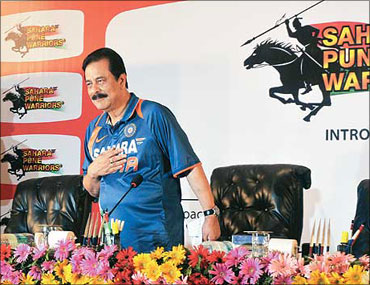 Asked about Sahara wanting to add the $ 1.8 million price of Yuvraj Singh to Pune Warriors' purse in the auction held in Bangalore, Srinivasan said, "Decisions related to IPL are taken by the Governing Council. Auction is over now."
"We can't pre-judge what are the issue BCCI and Sahara will discuss. There should be an element of secrecy in that. We should sit down and see how things can be sorted out."Yuvraj is not well and we wish that he not only recovers fully but also play cricket again." said Srinivasan.
He said he was surprised when he came to know that Sahara had ended their team sponsorship with the BCCI.
"I was surprised when I came to know (about Sahara ending sponsorship). There was a brief conversation the night before the auction. He (Subroto Roy) expressed that he has been hurt. It was a bit late in the evening and I did not expect they would pull out the next morning," said Srinivasan.
Tags: Srinivasan , Sahara , BCCI , IPL , Pune Warriors

We are extremely positive: Shukla 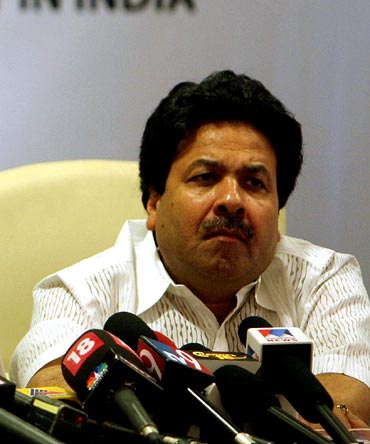 IPL Chairman Rajiv Shukla also sought to diffuse the situation by saying that the authorities were open to discussions to resolve the contentious issues.
"We are open to discussions, open for dialogue because they have been our partner for 11 years. We don't want anything to be decided in haste," Shukla said.
Sahara's pullout means the fate of Pune Warriors players also remains uncertain and in case they don't get a new franchise, they may not be able to play at all.But Shukla seemed optimistic about resolving the matter and said Pune Warriors is still associated with IPL.
"So far they (Sahara Pune Warriors) are still an IPL franchise unless we get anything in writing from them. We are extremely positive," the IPL chief maintained.
The group complained that the BCCI did not give due consideration to its genuine grievances with regards to players and number of matches in the IPL.
Tags: IPL , Rajiv Shukla , Pune Warriors , BCCI
More