Sehwag concedes he needs to improve his batting 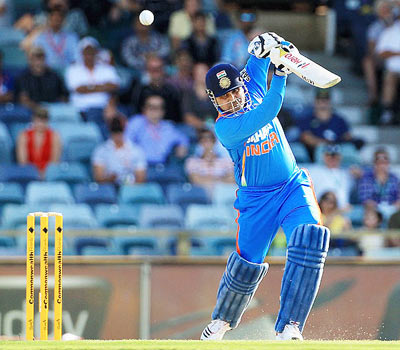 Dashing opener Virender Sehwag conceded that he needs to improve his batting at the top of the order to win matches for India, saying he will curb his natural aggressive instinct.

"Five times I have been dismissed caught at third man or at the slips. I am looking at my performance and I have to improve for the side to win matches," said Sehwag, who was stand-in captain for Mahendra Singh Dhoni in the tri-series match, which India lost to Sri Lanka by 51 runs in Brisbane on Tuesday.

"I think I have to leave a couple of balls early in the innings and then take the bowlers later on," added Sehwag, who has scored just 30 runs from the three matches he has played in the tournament. 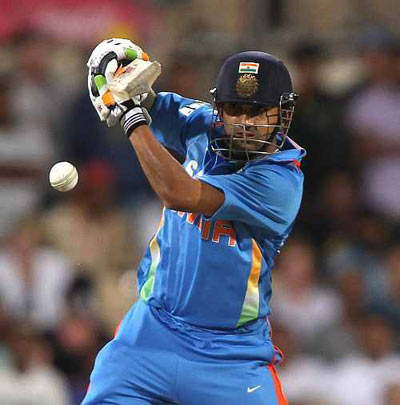 He rued that the Indian bowlers conceded too many runs in the slog overs and the batsmen also failed to deliver yet again in the series.

"We didn't bowl well in the final 10 overs and we didn't bat well later on. The way Sachin Tendulkar and Gautam Gambhir were playing in the beginning, I thought we could get a good start, but we lost three wickets early," Sehwag said.

He admitted that India missed regular skipper Dhoni, who had to sit out of the match because of a one-match ban imposed on him for slow rate in their last outing against Australia.

Sehwag also said the team still has a chance to make it to the finals.

"We missed Dhoni in this game. But if we play to our potential we can win the remaining two matches and make it to the finals.

"We have to pull up our socks and do well in the two matches left," he added.

'Sri Lanka getting better and better' 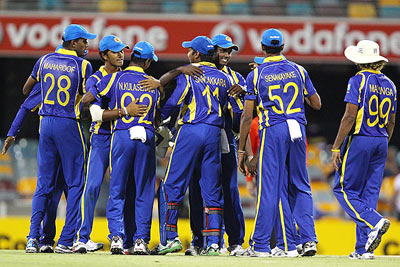 Winning skipper Mahela Jayawardene was pleased with his team's improved show but wants his players to do better.

"We are getting better and better; we played smart cricket, we kept wickets in hand and put up a good score, we are still making some mistakes, hope we don't make them in the bigger games," he said.

"Our bowlers were absolutely brilliant upfront. With the two new balls, the ball is doing more in these conditions, not giving easy singles in very important and we can keep the field up." 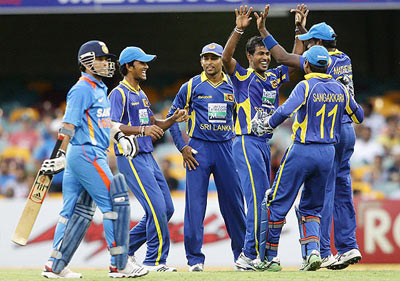 Paceman Nuwan Kulasekara was declared Man-of-the-Match after claiming three wickets, including those of Sachin Tendulkar and Gautam Gambhir.

"My strength is to swing the ball. I'm very happy at getting Sachin's wicket. Our bowling attack is very good, seamers and spinners are doing a great job. Malinga is the No 1 bowler in the world now, I'm very lucky to be bowling with him," he said.