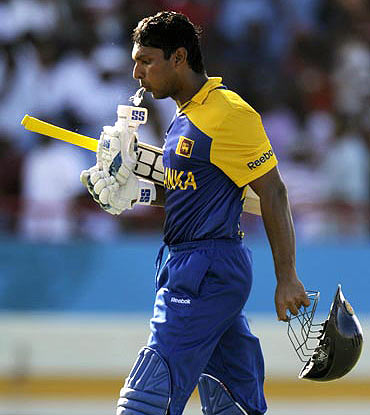 Desperate to win their first match of the tournament, senior Sri Lanka batsman Kumar Sangakkara on Monday put up a brave front ahead of his team's match against India in the ODI tri-series, in Adelaide on Tuesday.

"Our strength has always been playing India away from India. India are always strong in India, with the smaller grounds and conditions they are used to. But away from home, we have always done very well against them," Sangakkara was trying to play a few mindgames knowing well that he can't back his statements with facts which state otherwise.

In Australia, India have lost only one out of six matches against Sri Lanka. In England, it's again a solitary loss from five games. The only time they met in South Africa, India prevailed handsomely.

'Tomorrow is another opportunity' 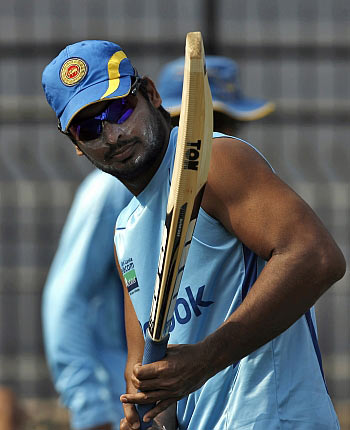 Yes, India did lose to Sri Lanka by 69 runs in the 2007 World Cup group league match and they suffer by 19-26 win-loss ratio in Sri Lanka but overall they have had a superior presence than their island neighbours in 50-ver format.

Even in Sri Lanka, in the last 17 matches, India have emerged victors in 10 matches. In India, of course they enjoy a 29-11 win-loss record.

Overall, India have won 69 and lost 50 matches with no-result in 11 matches.

Still, Sangakkara was right on his money, when he stressed his team needed to win at least four of the remaining six league matches.

"You have got to win a minimum of four games to have any chance of qualifying for the finals. Tomorrow is another opportunity."

'We should have been one-up by now' 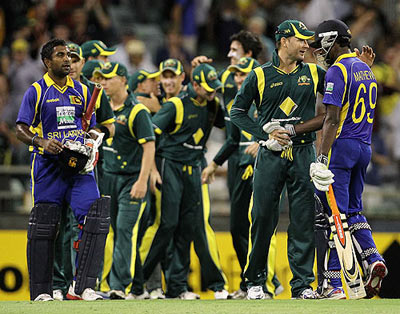 Sri Lanka has so far played two matches and lost both though they could have easily ended up as winners in one of those games.

"Yeah, I think so. We should have been one-up by now. Unfortunately, we aren't. As soon as we get a game right with batsmen batting a lot better than they did and having more partnerships, we stand a very good chance."

Sangakkara's oblique reference was to their last game against Australia in Perth, when they failed to chase down a small target of 232 under lights at WACA.

"I think it was close because Angelo Matthews really got there in the end. There was a time when we were out of it. It was a case of not building enough partnerships and losing too many wickets too soon. It is a wicket that was quite flat in the end. We couldn't capitalize on the opportunity."

"Once you have restricted them to 230, it's a case of having enough batsmen in the shed by the time you hit the 40th over. We didn't do that."

'Collectively we have got to be a bit smarter' 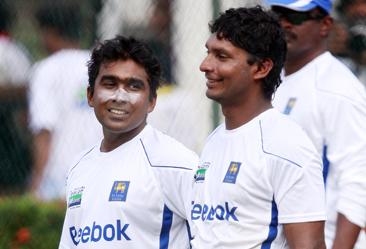 The veteran southpaw doesn't feel that the bounce of the WACA pitch did his team in the other night.

"I think the Perth wicket was good for us too. If you are a batsman and in the evening under the lights, the wicket settles down beautifully. You can really enjoy batting. Adelaide Oval too is as good for the batsmen over the years.Everyone is looking forward to it. Again as a unit, collectively we have got to be a bit smarter and also be able to win those big moments."

The former Sri Lanka captain, with 106 Tests and 312 One-day Internationals under his belt, needs only 42 more runs to complete his 10,000 runs in ODIs.

He was seen as being in a perfect position to view the lengthening shadows on the careers of cricketing greats Sachin Tendulkar and Rahul Dravid.

"Sachin and Dravid have been amazing players. They still are. If you take Dravid's England tour, it was amazing. Three centuries and he carried the whole batting on his shoulders. Sachin is still scoring runs and is a valuable player."

'It's hard to underestimate the abilities of Sachin, Dravid' 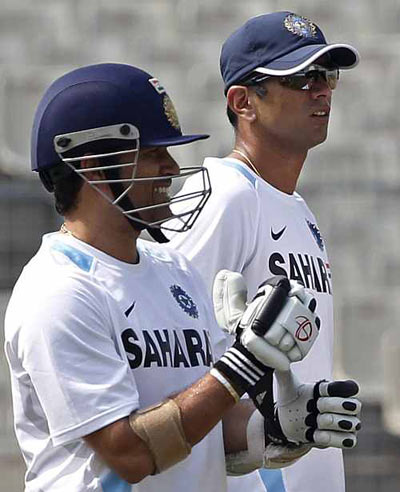 The articulate Lankan glovesman feels that it's about the kind of influence these senior players have on younger lot.

"At the end of the day, you weigh up what happens in the dressing room. What influence everyone has in the dressing room is as important as the performance on the field. It's really a call for India and Dhoni and the selectors but it's hard to ever underestimate or downplay the abilities of Sachin and Dravid. They have been two of the best ever produced."

"If you take record of players, whether it's younger or older players, whoever has the best technique and adapts quicker always scores runs. You can't be 20 and not performing and in the side just because you are young."

'Age has never been a criterion for selection' 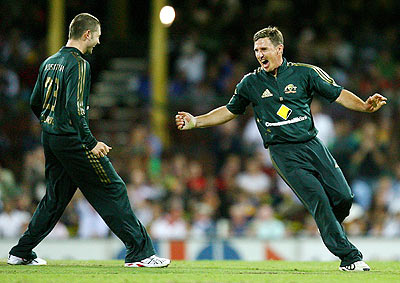 Sangakkara feels that age has never been a criterion for selection.

"It's better to have, whoever is performing, be he 25, 30 or even 40, playing. Brad Hogg is a great example. Even at 40, he is bowling better than probably any other spinner in Australia when it comes to Twenty20. At the end of the day, performance is what really counts. All the talk about age comes into play, when you are not performing."

"It's not that a player is termed "great" overnight, feels Sangakkara."Great players are there for a reason. Being able to do what is expected of them. That is why everyone expects everything from people like Sachin. They know they can do it, they have done it before, and everyone knows they can do it again."

Tags: Sangakkara , Sachin , Australia
More
© Copyright 2022 PTI. All rights reserved. Republication or redistribution of PTI content, including by framing or similar means, is expressly prohibited without the prior written consent.
Write a
Comment
Print this
article
ALSO
READ