Jayawardene credits team for showing 'a lot of character' 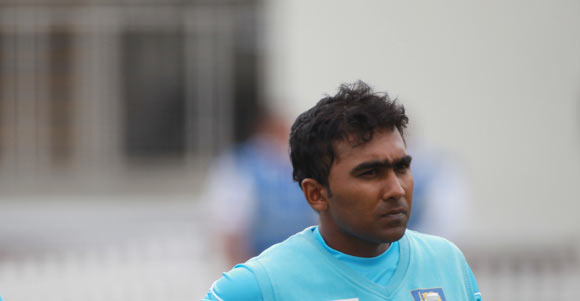 After Sri Lanka defeated Australia in a must-win match to qualify for the tri-series final, captain Mahela Jayawardene said his players showed a "lot of character" to lift themselves up after the morale-shattering loss against India in their penultimate round-robin game.

The islanders managed to achieve their goal but not without some tense moments as they eked out a nail-biting nine-run victory over Australia, on Friday, that knocked India out of the tournament.

"When the chips were down you need to lift your game and that's what the team has done," he added.

'You never knew who was going to win' 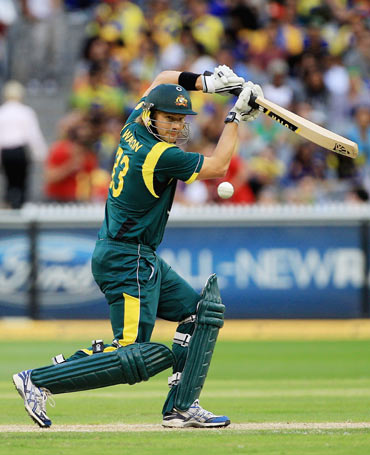 Jayawardene also credited the vociferous Sri Lankan supporters present at the MCG on Friday for helping the team's cause.

"Fantastic support, it's like playing in Sri Lanka. I'm sure the crowd will follow us now, the lift that we got (from them), it pushed us in the last few overs."

Australia's stand-in-skipper, Shane Watson admitted that in the end David Hussey's brilliance was not enough to see them through as they had lost "too many wickets in the middle overs".

"A brilliant game of cricket. You never knew who was going to win, but we lost too many wickets in the middle," Watson, who led Australia in place of injured Michael Clarke, said.

'Need a few other guys to bat around Hussey' 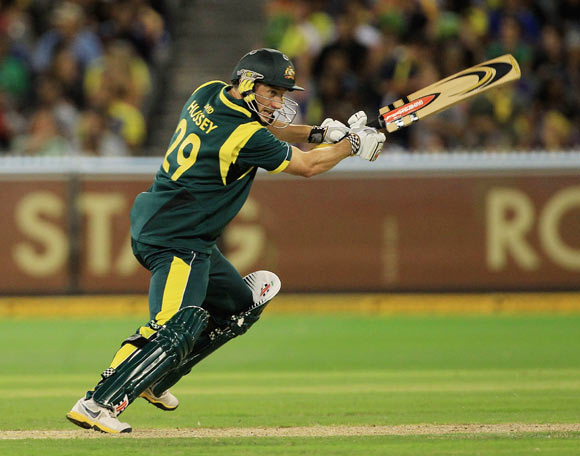 "David Hussey batted beautifully, as he's shown through the summer so far. You need a few other guys to bat around him," he said of the right-hander, who was the last Australian wicket to fall but not before scoring a run-a-ball 74.

Watson also backed Hussey's decision not to run the single off the second last ball off the 49th over with Australia needing 10 runs off eight balls.

"I back his judgement because he probably backed himself to score 10 runs of the last over," the skipper said.

Watson said he was sure regular captain Clarke will be fit for Sunday's first of the three finals.

Man-of-the-match Dinesh Chandimal, who was the highest run-getter for Sri Lanka with a 84-ball 75, said he was happy to be able to contribute for his team on a regular basis in the series.