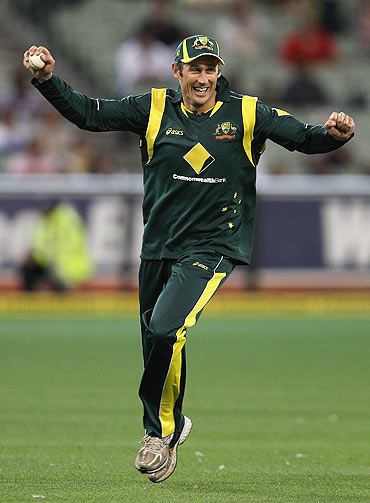 David Hussey will turn 35 in July this year but the veteran batsman has not given up hopes of playing in the next World Cup in 2015 and also making a late Test debut for Australia.

By virtue of his consistent performances, Hussey has become a vital cog in Australia's limited overs team but unlike his older brother, Michael, a Test berth and a World Cup triumph has still eluded him.

"You want to be in a winning World Cup, it's probably second to playing Test cricket for Australia," said Hussey, who will be 37 by the time of the next World Cup. 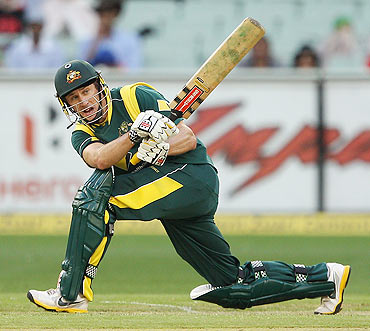 Hussey said he had also taken heart from the way his brother Michael had fought back last summer, after critics had called for his head ahead of the Ashes series.

"We (he and Michael) are both stubborn people. When people say you're too old or you've lost your form or you're not good enough to play at the level, you get your back up and want to get out there and prove a lot of people wrong," he said.

"Hopefully, I can contribute to the team's success and, you never know, if your name pops up at the right time you might get that chance of playing Test cricket," Hussey said.

"Playing for Australia is the pinnacle and I still harbour hopes of playing Test cricket. If I do well in the One-day arena, you never know, a few doors may open."
Tags: David Hussey , Michael , Australia

'I have been dropped about 14 times' 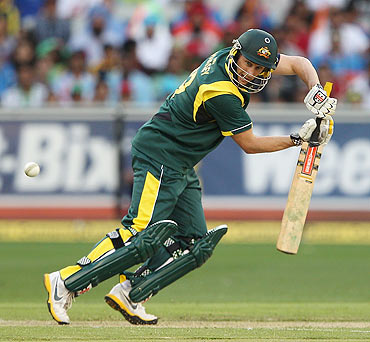 With consistent performances, Hussey hopes to make himself immune from bad news from the selectors.

"I think I have been dropped about 14 times. It's one of those things, you spit the dummy for a day or two, offload on your wife and get back on the horse.

"What keeps you going is that goal of playing for Australia. You dust yourself off and get back out there," he said ahead of Australia's second game in the triangular series, against Sri Lanka at Perth on Friday.

"At the moment I'm really enjoying it, playing every game like it is my last. It's working so far," added Hussey, who played a whirlwind unbeaten knock of 61 from 30 balls in the first game of the tri-series against India on Sunday.
Tags: Hussey , Australia , Sri Lanka , Perth , India
More
© Copyright 2022 PTI. All rights reserved. Republication or redistribution of PTI content, including by framing or similar means, is expressly prohibited without the prior written consent.
Write a
Comment
Print this
article