Sachin dominant as ever 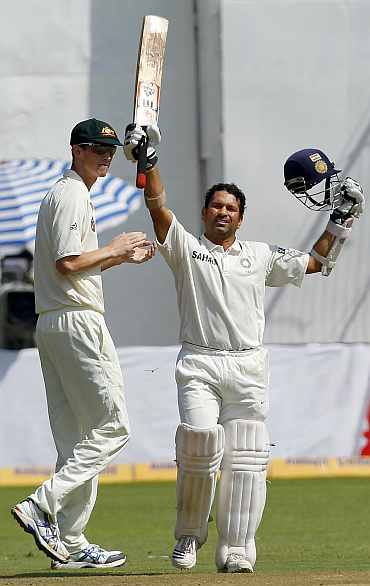 Sachin Tendulkar scored his sixth double hundred as India took a 17-run lead before being dismissed for 495 in their first innings on the fourth day of the second Test against Australia in Bangalore on Tuesday.

It was his sixth double ton and second this season, following the 203 he scored against Sri Lanka in July.

It was also his second double hundred against Australia and third on Indian soil.

The 37-year-old's free-flowing knock, however, came to an end when debutant pacer Peter George rattled his stumps with a delivery that kept low.

It was the 10th occasion that Tendulkar lost his wicket to a debutant. Three of them are Australians, Peter Siddle, Cameron White and George.

Click NEXT for details of Tendulkar's double hundreds in Test cricket.

The Kiwis were the first to face the music 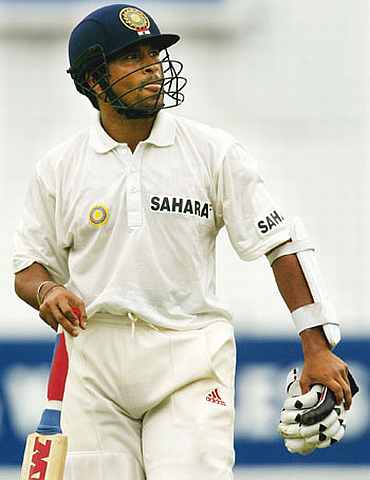 Tendulkar scored his first double hundred at the age of 26, against New Zealand, at the Sardar Patel Stadium in Ahmedabad, on October 29, 1999.

The match ended in a draw. 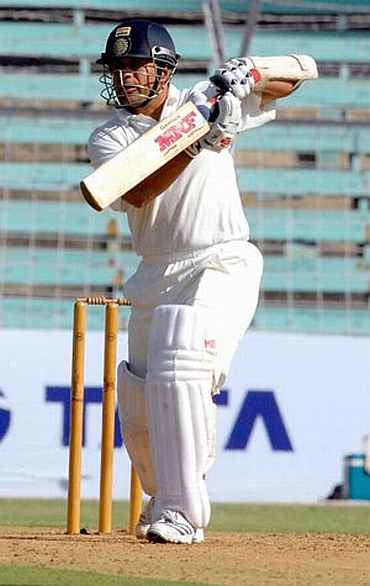 The following year (2000), on November 25, came his second double hundred. He scored an unbeaten 201 against Zimbabwe at the Vidharbha Cricket Association ground in Nagpur.

This Test too ended in a draw.

Magic at the SCG 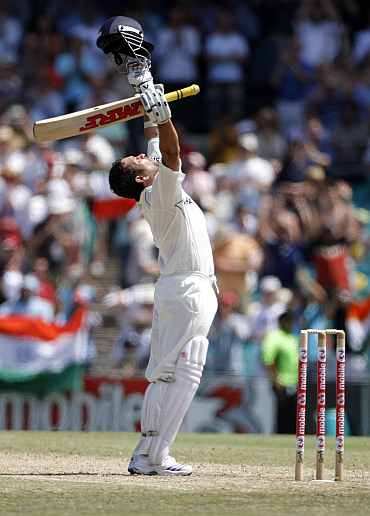 It took him four years to get the next.

On January 2, 2004, against Australia at the Sydney Cricket Ground, Tendulkar scored his third double hundred.

This match too was drawn. 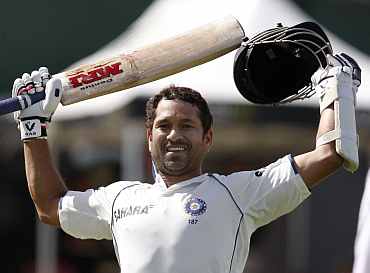 His fourth double came at the fag end of the same year.

India went on to win this Test.

Lankans get a taste of their own medicine 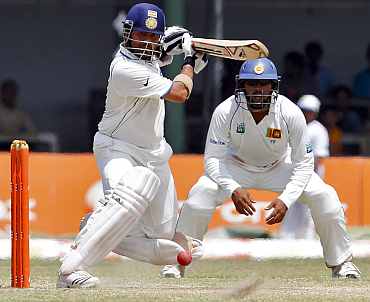 Though he piled on the runs and broke almost every record in the book, he could notch his fifth double hundred only this year (2010).

It was against Sri Lanka in the recent series, on July 29, at the Sinhalese Sports Club in Colombo.

This Test too ended in a draw. 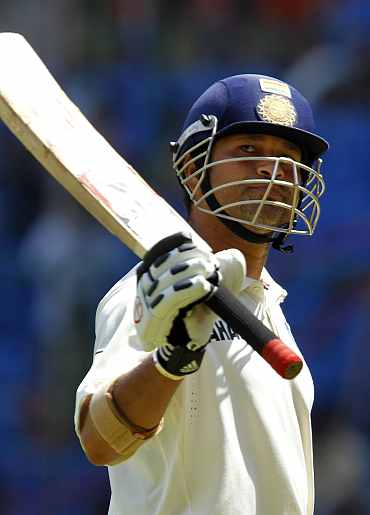 It was his second double against the Aussies.

Whether India wins this Test remains to be seen.