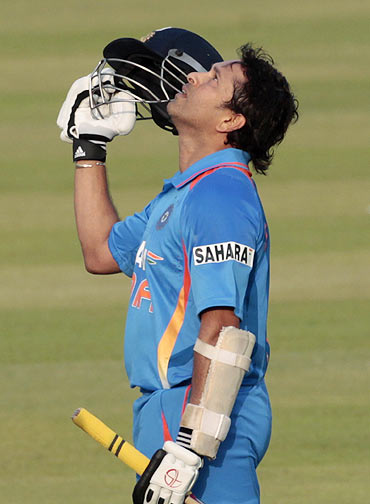 Sachin Tendulkar crossed the long-awaited milestone and finally completed the much anticipated 100th international ton on Friday. Here is how some of the major newspapers across the world reacted to the maestro's landmark feat.

Mike Selvey, a columnist in the Guardian opined that for India's finest cricketer, Sachin Tendulkar completing his century of centuries is just an artificial record, something of statistical irrelevance for him.

- I am not God: Sachin Tendulkar

Tendulkar is already a modern cricketing great, and the 100th century just added to his already burgeoning reputation of being the best player to embrace the sport, but for the master blaster it was nothing but just another record.

The fact that Tendulkar, now 38, has scored exactly 100 centuries in India colours is a statistical irrelevance. 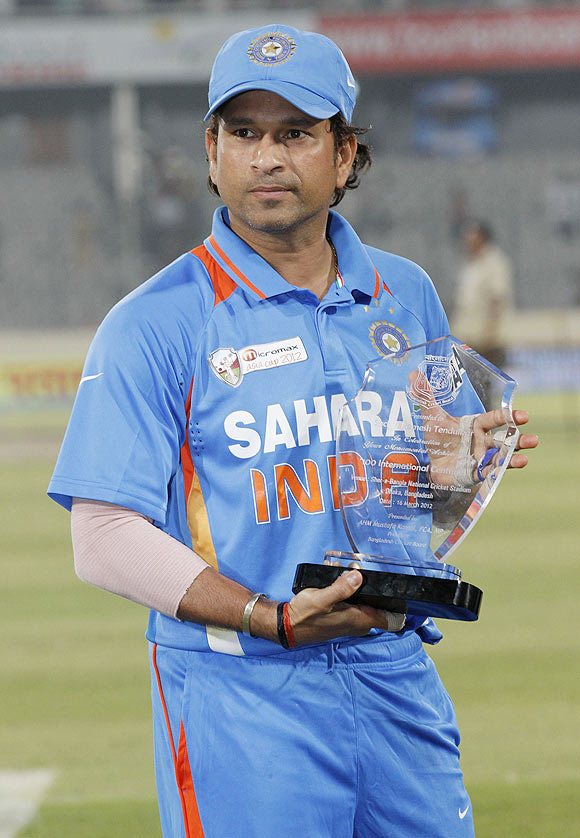 The writer went on to add that Tendulkar has already achieved a stature in his country, which many would envy of. He is already treated as a cricketing god in India, and his magical feat would just add to the frenzy.

- Sporting records that are unlikely to be broken

He also wrote that Sachin's every move is scrutinized, his celebrity, the sheer adoration that he embraces from a country of a billion people, is perhaps unmatched in the history of sport. His image is everywhere, yet it doesn't deter him.

Tendulkar's genius needs no further augmentation here, or indeed anywhere. One more century, which he has finally achieved against Bangladesh in the Asia Cup in Dhaka, makes him neither a better player nor worse, he added.

His longevity in the games gives him an unparalleled practical knowledge of batting at the highest level and nothing is left to chance. 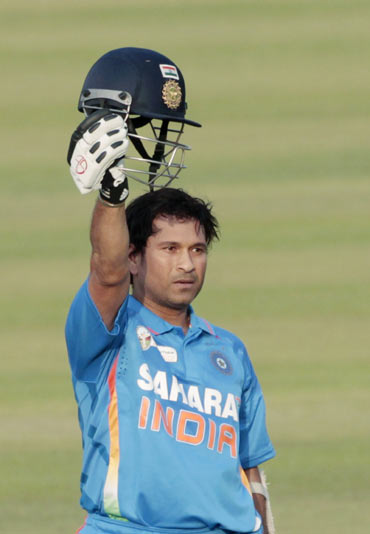 The Telegraph stated that Sachin Tendulkar has achieved immortality after finally scoring his long awaited 100th century against Bangladesh on Friday.

In the article Derek Pringle writes, many have already touted Tendulkar's magical feat as unmatchable, a record, which might stay forever.

His 100th century is 29 more centuries than his nearest challenger on the all-time list, Australia's Ricky Ponting. 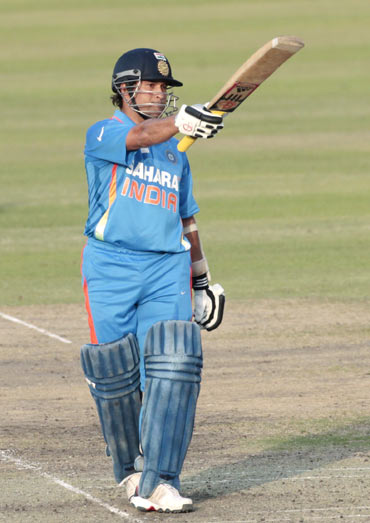 According to The Wall Street Journal, it has been a long wait of a year and four days, but Sachin Tendulkar, the Little Master, has finally done it. He has scored 100 centuries in international cricket, which is an incredible sporting feat that may never be matched.

Tendulkar won't care a bit about the venue or opposition since any international century is special, and he's just scored 100 of them. This latest one is perhaps the sweetest, as it came when Tendulkar was facing an unfamiliar and unfair amount of criticism, it said. 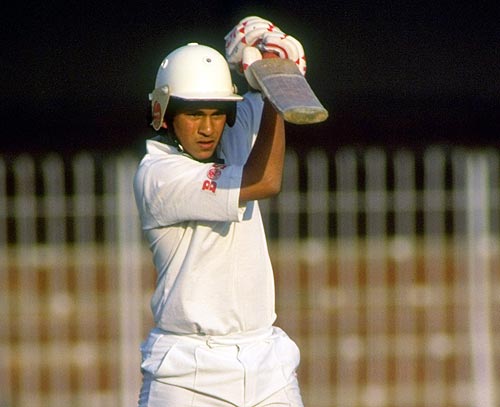 The paper goes on to laud Tendulkar's talent saying it's difficult to play down this sporting achievement as scoring a century of centuries was deemed unthinkable even before Tendulkar came along, making his debut in 1989 as a mere 16-year-old, the youngest cricketer ever to represent India.

- 'It hasn't sunk in but I have definitely lost about 50kg'

The report said no other batsman in history has come close to achieving what Tendulkar has as he is the top scorer in Test cricket by a country mile, with over 15,000 runs to his name.

Tendulkar is also the top-scorer in One-Day Internationals with more than 18,000 runs, streets ahead of Ponting, who is second on the list with 13,704.