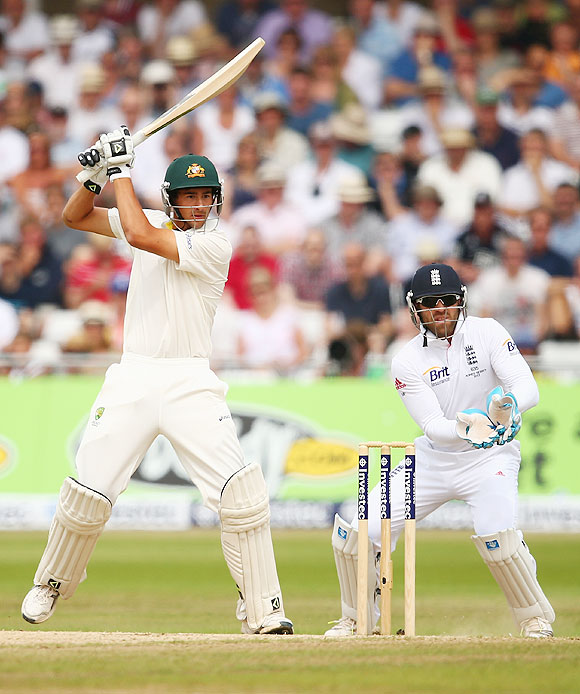 Following Ashton Agar’s remarkable start to his Test career, Rediff.com reintroduces you to other cricketers in recent times who made a mark on debut.

England might have scraped through to victory in first Ashes Test at TrentBridge but it was a 19-year-old Australian who made all sit up and take note of his talents.

Ashton Agar’s debut was a memorable one.

Coming in as the last bat, he added 163 runs for the final wicket -- with Phillip Hughes -- to help the visitors take a 65-run first innings lead.

Agar may have missed a century by just two runs but his effort was the still the best ever by a No.11 batsman, besting West Indies’ Tino Best’s effort last year (also against England).

His resilient knock ensured he was lavished with praise from the likes of Geoff Boycott, Ian Botham and many other legends.

Besides his exploits with the bat, Agar was also among the wickets, with no less than Alastair Cook, the England captain, being his first Test victim. 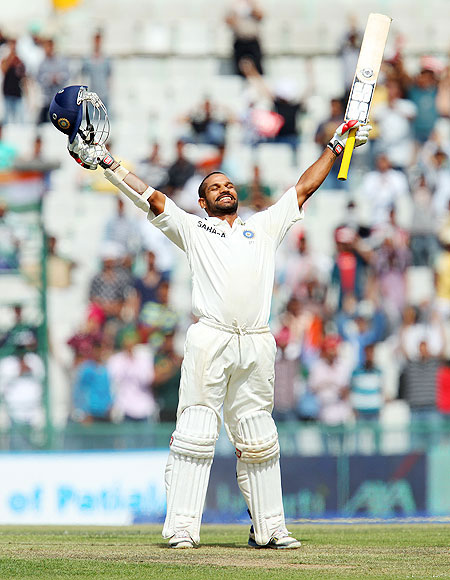 Earlier this year Australia was at the receiving end.

Shikhar Dhawan arrived on the scene in a big way, announcing his arrival on Test arena with a scintillating 85-ball century, the fastest hundred ever on debut, in the third match of the series in Mohali.

The southpaw from Delhi smashed his way to a breathtaking innings -- 185 not out off just 168 balls.

In doing so he became the first Indian opener to score a century on Test debut while also besting Gundappa Viswanath (137) for the highest score by an Indian batsman on debut.

Thanks to his exploits India scored a comprehensive win in the Test, despite a full day being washed out.

- I have worked hard and now I'm more mature: Dhawan 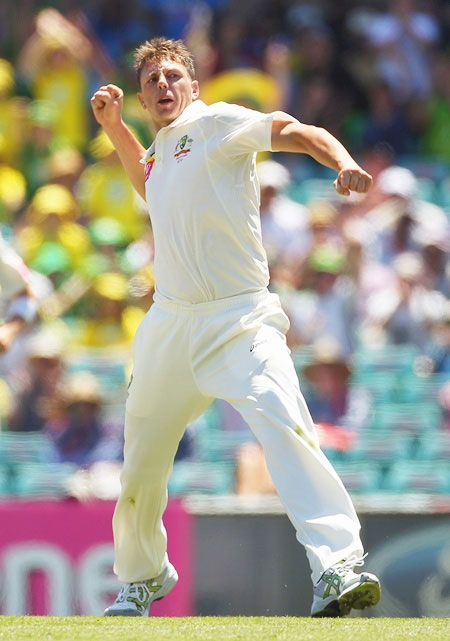 James Pattinson was one of the positives for Australia in recent times.

But this has been the case since his debut late in 2011.  The Australian quick made an instant impact in his maiden series against New Zealand.

Making his debut in the opening Test at the Gabba (Brisbane), Pattinson ripped through the Kiwi batting to ensure the hosts an emphatic nine-wicket win. 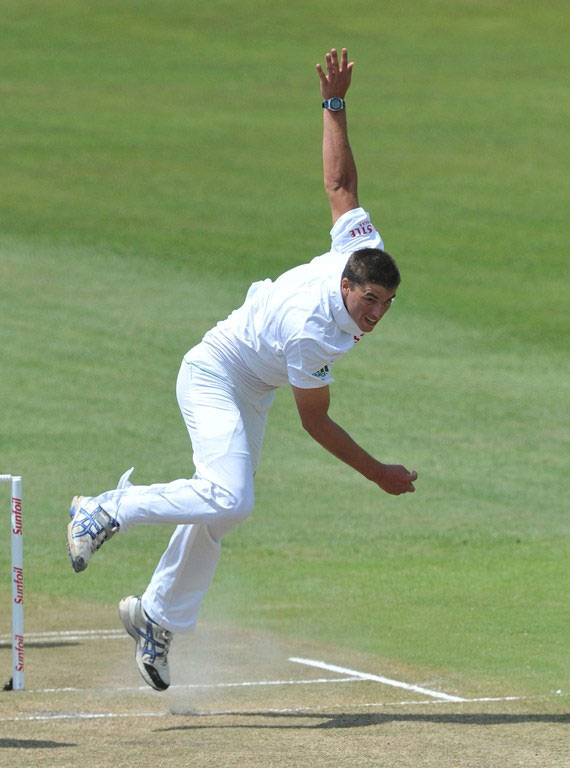 The South African tearaway’s efforts helped his team dismiss Sri Lanka for 338 in the first innings in what was the second match of the series.

His figures (seven for 81) were the third best by a South African on debut, after Lance Klusener - eight for 64 in 1996 against India in Calcutta – and Alfie Hall’s seven for 63 against England in 1923.

De Lange’s figures were also the best by a South African against Sri Lanka, surpassing Shaun Pollock's six for 30 in Cape Town in 2000-01. 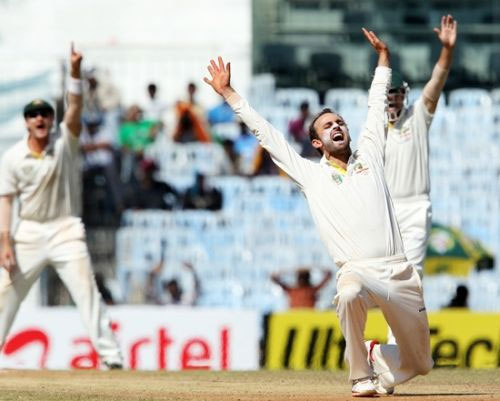 He may not have managed to do what was expected of him during Australia’s tour of India earlier in the year, but Nathan Lyon had done enough till then for the selectors to entrust him with the responsibility of being the lead spinner.

The off-spinner impressed on his international debut as Australia dismissed Sri Lanka for a mere 105 in their first innings of the opening Test in September 2011.

His figures of 5 for 34 made him a standout name in that Test. Elias Sunny claimed six wickets in the first innings of the first Test against the West Indies in October 2011.

His figures of six for 94 in the first innings helped hosts Bangladesh dismiss the West Indies for 244 in a match that eventually ended in a draw.

The left-arm spinner has since emerged as Bangladesh's brightest hope in the longer format. 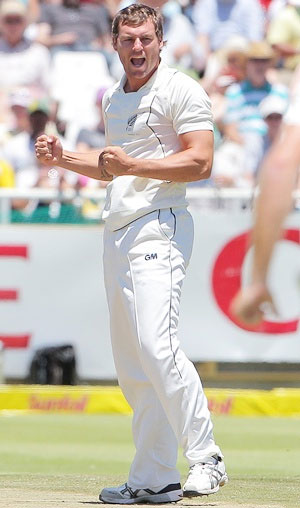 The nephew of former Kiwi all-rounder and coach John Bracewell, Doug made an impressive debut against Zimbabwe in Bulawayo in 2011.

His figures (five for 85) were the fifth best by a Kiwi on Test debut.

Besides, leading New Zealand to a hard-fought win, it also put Bracewell in an exclusive club of only seven players to have grabbed a fiver on Test debut. 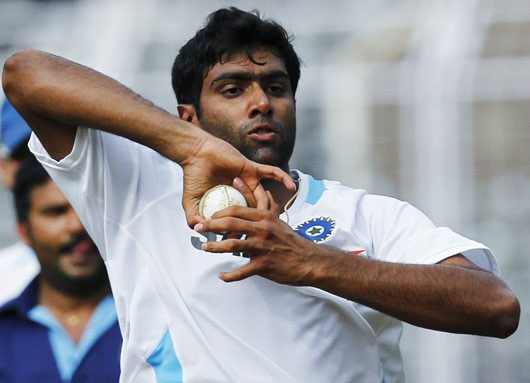 Ravichandran Ashwin made a memorable Test debut in November 2011, claiming six wickets for 47 runs in the second innings of the first Test against the West Indies in Delhi.

The right-arm off-spinner finished with nine wickets, including three for 81 from the first innings, as India won by five wickets at the Ferozshah Kotla.

The feat saw him become only the third cricketer ever to be named Man-of-the-Match in his first Test. 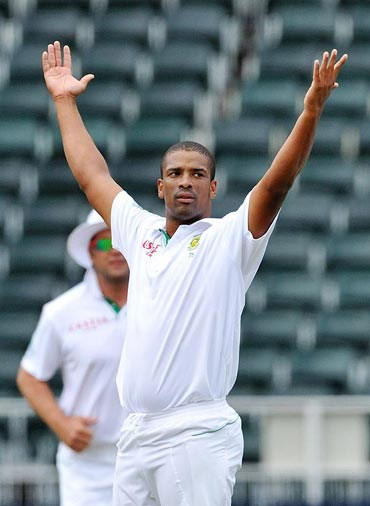 Vernon Philander made a remarkable Test debut for South Africa in Cape Town in 2011.

The right-arm pacer claimed five wickets for 15 runs in seven overs as Australia were shot out for 47 in the second innings, the country's lowest completed Test innings total since 1902.

The first Test was over in three days, the Proteas scoring an eight-wicket victory.

His efforts gave him match figures of eight for 78 and the Man-of-the-Match award. Australia's youngest Test cricketer since Ian Craig in 1953, Pat Cummins wrote his name in the annals of Test cricket in the second Test against South Africa in 2011.

It was a dream debut for the 18-year-old New South Wales right-arm fast bowler.

Cummins stole the limelight with figures of six for 79, thereby becoming the second youngest Test cricketer, after Enamul Haque Jr of Bangladesh, to take six wickets in an innings on debut.