'I can't really forget the way he brought me up' 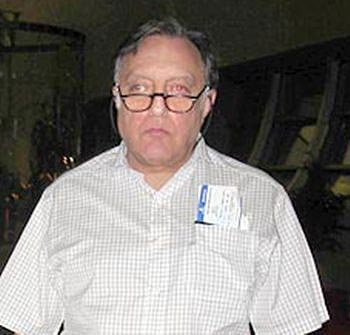 The Indian cricket fraternity reacts with shock and sorrow on the demise of former captain Mansur Ali Khan Pataudi.

The Indian cricket fraternity reacted with shock and sorrow on the demise of former captain Mansur Ali Khan Pataudi, who passed away in New Delhi on Thursday, due to lung infection, describing him as a "great human being" and "shrewd leader" who inspired a generation of players in the country.

Former and current stalwarts of the game remembered how Pataudi had influenced their careers in different ways, saying his demise has left a void in Indian cricket.

Former captain Gundappa Viswanath described Pataudi as his guide in early years of his career and one who always helped the youngsters.

"It is a terrible news for me, he brought me up and guided me. I can't even express myself; it is one of my saddest days. He was a great human being, a great cricketer, a great fielder, shrewed captain, it is really sad," he said.

"He always guided the youngsters. I was very close to him, so I can't really forget the way he brought me up. He was my first captain under whom I played. Whatever career I had, it stands on him," he added.

'He is called Tiger because of his extraordinary fielding' 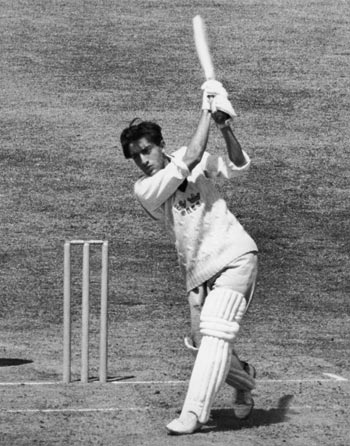 Former captain and current selection panel chairman Krishnamachari Srikkanth said Pataudi was one cricketer who ushered in style and aggression to Indian cricket.

"It is a great loss for Indian cricket. He was one fellow, so stylish and aggressive. He achieved so much at the age of 21, he played an aggressive brand of cricket. He was very friendly and a fun loving person, he had very subtle and good sense of humour," said Srikkanth.

"His greatest quality was the way he hit those sixes. He is called Tiger because of his extraordinary fielding at covers. He lost one eye but still went on to score so many runs. He expresses his views but never tried to impose them. One thing I like to inculcate from him is his determination and aggressiveness," he said.

'He was an inspiration for us' 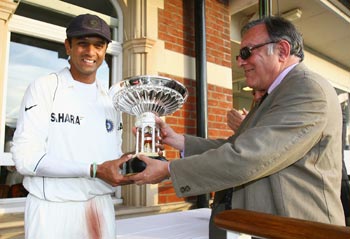 Current India batsman Rahul Dravid said Pataudi's illustrious career made a great impact on the game and on the Indian team.

"It is a sad day for Indian cricket, he was an inspiration for us. I never had the chance of seeing him play but I always heard how big an impact he made on the game. I had the chance of interacting with him on various issues. He was extremely knowledgeable; he deeply cared about Indian team. It is such a loss not only for his family and friendsbut also for Indian cricket," he said.

"It's a sad moment for cricket fraternity. It's shocking news to me as only few days back I met him in England. I have never interacted with him on cricketing techniques but he had a great cricketing acumen and a very knowledgeable person, given the amount of experience," Laxman said.

"His record speaks for itself. His knowledge and acumen about cricket will definitely be missed," he added. 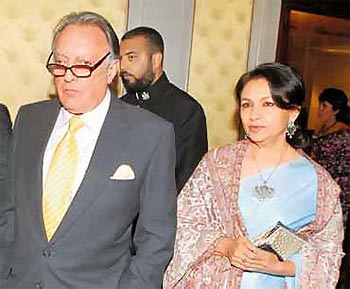 "Very sad day for the Indian cricket. He was the foremost outstanding champion of Indian cricket. With his sad demise, that chapter is closed now. I am too shocked to react to this news," said Bedi.

Former captain Dilip Vengsarkar remembered Pataudi as an "innovative" captain who had won many matches for the country.

"It's a sad news. He was a great player, fantastic captain and an outstanding fielder. He was a gutsy player and an innovative captain. He won many may matches for India. We are going to miss him," he said.

'Pataudi brought a lot of confidence into the team' 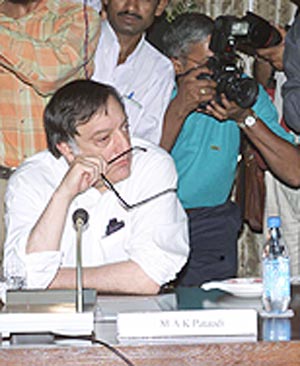 Former batsman Mohinder Amarnath said that Pataudi's aggressive attitude on the field rubbed on his team-mates and he was an ambassador of the country wherever India tours.

"It is a sad news. He was a great man and a fantastic ambassador of the country. He was very different from other cricketers who played in 60s and 70s. I played under his captaincy. He was a man of few words. He was always positive and often gambled on the field," said Amarnath.

"He performed amazingly in Australia, he was a very good fielder as good as Jhonty Rhodes and rest. He brought a lot of confidence into the team and we learned a lot from him. He was an attacking player, he used to take the attack even on the most feared oppositions," he said.

Former opening batsman Arun Lal remembered Pataudi as a cricketer who had always stood for the cause of players, especially for the youngsters.

'Pataudi's contribution to IPL was immense' 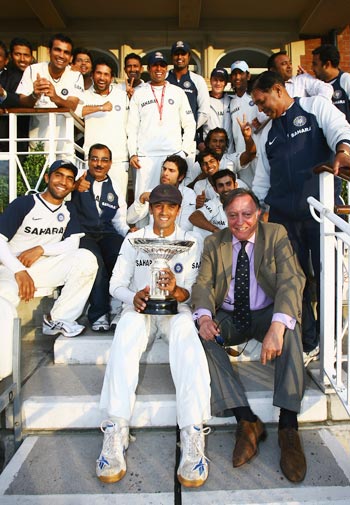 "It's a great loss to world cricket. He was an outstanding personality and a very popular figure in cricket fraternity. We had worked together in the IPL Governing Council. His contribution to IPL was immense," Shukla said. "He inspired a generation of cricketers. The entire BCCI has expressed heartfelt condolences on his demise," he added.

BCCI Vice President and DDCA President Arun Jaitely said Pataudi was India's one of the finest captain."It is sad to hear about Tiger's death. He was one of the greatest captains India produced," Jaitely said.Jaitley, the leader of opposition in Rajya Sabha, had gone to hospital to enquire about Pataudi's health on Thursday morning.

'Pataudi's death is a personal loss' 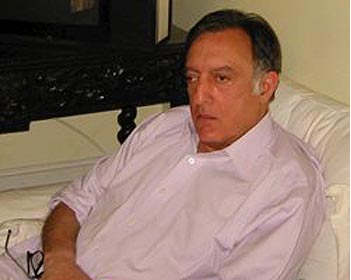 "However, later Vijayanagaram popularly known as 'Vizzy' persuaded him to play for Delhi and ever since then we had personal relations while playing against each other in the Ranji Trophy and other matches," Pandove recalled.