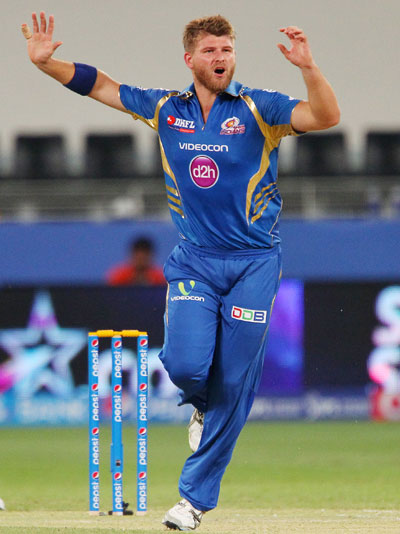 Former New Zealand cricketer Simon Doull feels compatriot Corey Anderson has not been able to express himself in the star-studded Mumbai Indians as he is feeling the pressure after being bought for too big a price tag in the IPL players' auction.

"It was always going to be hard for Corey to fire in his first IPL as Mumbai Indians paid a lot of money for him which added the pressure on him," Doull told PTI in an interview.

"They are not the team they were last year so now there is more pressure on Cory to perform which is not how it should be for a young man still finding his way in the early part of his career," he said referring to the defending champions dismal run this season.

'A more relaxed atmosphere can help you perform better' 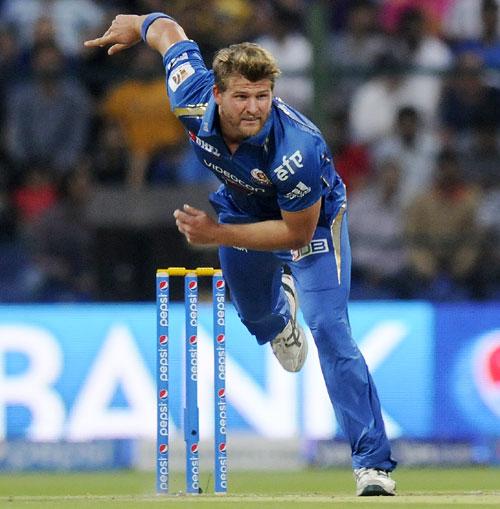 Mumbai Indians, a franchise which has a support staff as high-profile as the men in the middle, bought Anderson for Rs. 4.5 crore at the auction after he created a sensation in the cricketing world by smashing the fastest ODI hundred off 36 balls against the West Indies in January.

The management opted for the New Zealand all-rounder rather than retaining the likes of Glenn Maxwell and Dwayne Smith, who are doing well for their new teams -- Kings XI Punjab and Chennai Super Kings respectively.

"Look how Smith and Maxwell are doing now. Theirs are a good example of how a more relaxed atmosphere can help you perform better," said Doull, who is now a well-known commentator.

'I think Mumbai paid too much money for Corey' 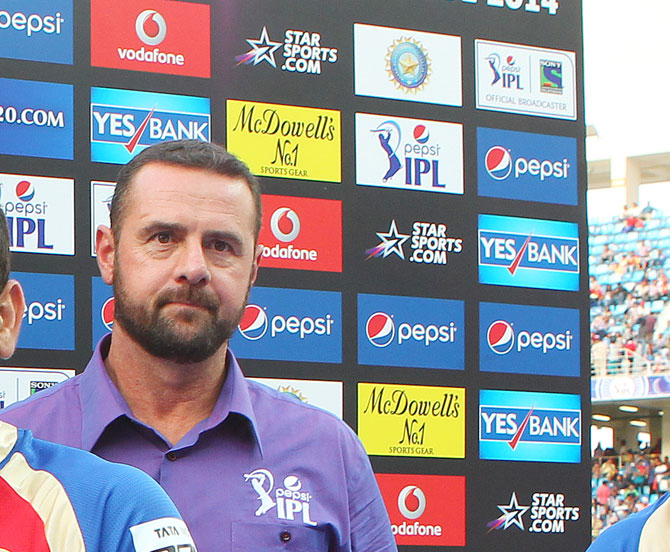 Maxwell has already said that he is much more relaxed at Kings XI Punjab, in the absence of plethora of stars.

To be fair to Anderson, the 23-year-old from Christchurch, has not done that bad considering the whole team is struggling at the moment.

He has scored 108 runs in six games at an average of 18 besides taking four wickets at 26.75, not the kind of numbers he was expected to deliver.

"I think Mumbai paid too much money for Corey. He is a good kid but you have got to give him time to develop as an international player.

"He needs at least two years more to improve his game. He has just started playing for New Zealand. Even the fastest hundred he scored was in a shortened game," said Doull.

Anderson has represented New Zealand in seven Tests, 12 ODIs and as many T20 Internationals.