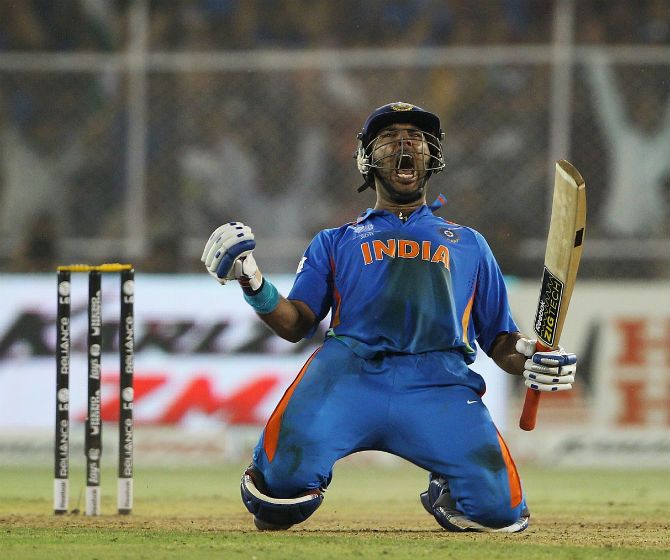 The 34-year-old made a comeback into the national side for the T20 series in Australia following a good showing in the ongoing Vijay Hazare Trophy One-Day tournament.

"Yuvraj Singh is an exciting cricketer. He is a genuine crowdpuller. Just like you wanted to see John McEnroe or Diego Maradona. People came to watch them in action. Yuvraj is that sort of a player," Kapil said in New Delhi.

"He brings in people be it his batting, bowling or fielding. He is a match winner. For me, the question is whether he believes in himself. He can bat at any position like No 5 or No 6 as he has the experience," Kapil added.

While he welcomed the move of naming Mahendra Singh Dhoni as the captain till the World T20 next year as he has achieved everything, he is all praise for Virat Kohli's on-field attitude.

"Virat has an attitude of a fast bowler despite being a batsman. With Australia you need to be aggressive and in your face. Teams of the past didn't have that attitude of looking into opposition's eye. This was started by Sourav Ganguly who got a good team and despite being a Bengali was aggressive," Kapil chuckled. 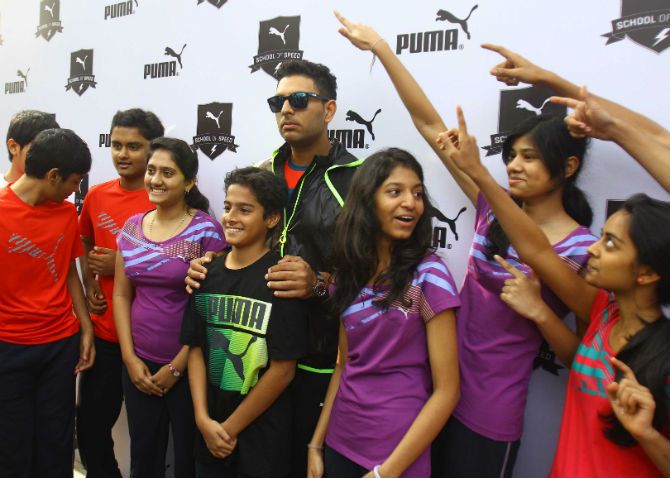 Kapil expects Mohammed Shami to do well after returning to the team following an injury lay-off.

"He is coming back after an injury so I expect him to have done a proper rehab. Obviously the last 3-4 months will be important," he added.

The legendary all-rounder was all praise for Ajinkya Rahane who has shown remarkable adaptability and termed his twin hundreds in Delhi as a top quality effort.

"No one will be able to forget his two centuries against South Africa in Delhi Test match. The hallmark of a big player is being able to score in all conditions. Ajinkya Rahane is slowly becoming the most complete cricketer. He is an aggressive stroke player," Kapil said.

Kapil said the key to doing well in Australian conditions is to take early wickets and make the new ball count.

"The captain should tell Shami, Umesh or Ishant that I won't mind if the score is 90 after 15 overs but it should be 90/3. It is far better than 40/0 after 15 overs. You can't win matches in Australia with restrictive bowling. If you get 3 in first 15, you can restrict them for 280 which is chaseable nowadays in Australia," concluded Kapil.