After he scored 670 runs in 5 games in this season's Ranji Trophy at an average of 84.00, the selectors brought Yuvraj Singh back into the India team for the ODI and T20 series against England.
Rajneesh Gupta checks out how Yuvi has fared in his numerous comebacks since the 2011 World Cup. 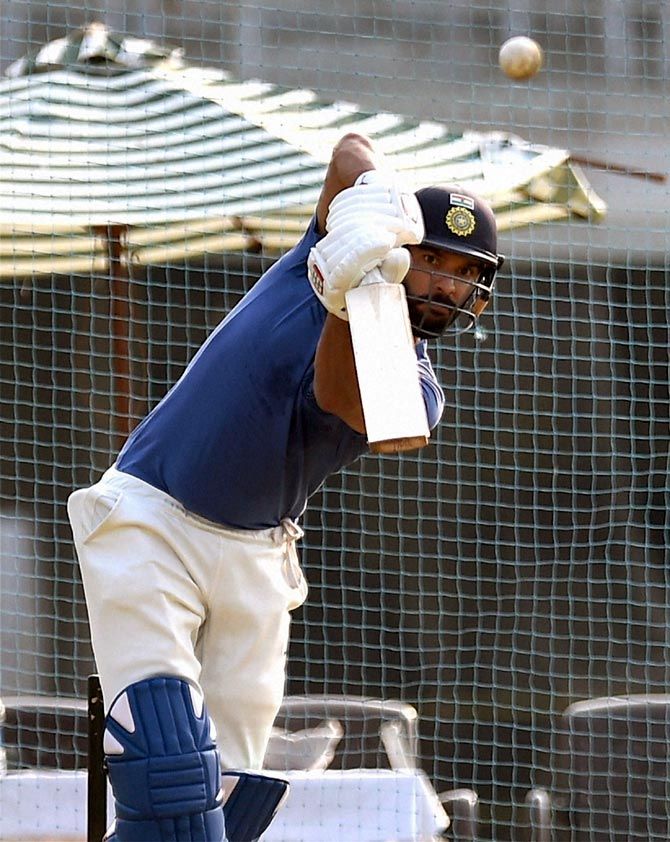 Yuvraj Singh, the imperial Comeback Man of Indian cricket, has made yet another comeback.

The selectors included the left-hander in India's ODI and T20 squads for the series against England, following his superb showing in the Ranji Trophy for Punjab.

Man of the Tournament in the 2011 World Cup -- where he played a crucial part in India's triumph by scoring 362 runs at an average of 90.50 and taking 15 wickets at an average of 25.13 -- the world came crashing down for Yuvraj after he was diagnosed with cancer.

That seemed the end of Yuvraj's cricket career even as the dashing batsman made an emotional journey to recovery.

A year and a few months later, he defied all odds and made a surprising comeback to the Indian team in a T20 International against New Zealand in September 2012.

Even though his ODI form dipped and he dropped out of India's ODI team for the tour of New Zealand in early 2014, he remained an integral part of India's T20 team and appeared in all the T20s India played the ill-fated ICC World T20 final where he cut a sorry figure during his 21 ball 11 as India went down to Sri Lanka in the final.

Many blamed Yuvraj's knock for sapping the momentum in India's innings in the final few overs, which proved crucial.

Yuvraj was dropped and it seemed his international career was over.

Tselectors, who kept Yuvraj out of the ODIs, endorsed him for T20 games.

Yuvraj made a comeback in this format during India's tour of Australia in early 2016. He then played all three games in the home series against Sri Lanka and in the Asia Cup T20.

It still came as a surprise when Yuvraj was named in India's 2016 ICC World T20 squad.

An injury in the Super 10 game against Australia ruled him out of India's semi-final match against the West Indies. That was the last time he represented India in international cricket.

Yuvraj's performance in his second comeback after the 2011 World Cup

In the last year or so, it seemed we had seen the last of Yuvraj on the cricket field, but once again he fought his way back in the Indian team riding on his excellent performance in domestic cricket.

And the selectors were left with no choice but to hand the southpaw -- who wed in November -- another comeback.

A good performance in the three match ODI series against England will help Yuvraj seal his place for the ICC Champions Trophy later this year, which could well turn out to be his last appearance in a global tournament.

At 35, it is not easy to make a comeback to international cricket, but Yuvraj has shown he still has the hunger in him by grinding his way in domestic cricket.

All through his career, Yuvraj has been a fighter and he will no doubt be eager to fight it out once again on the big stage and add another glorious chapter in his glorious career.