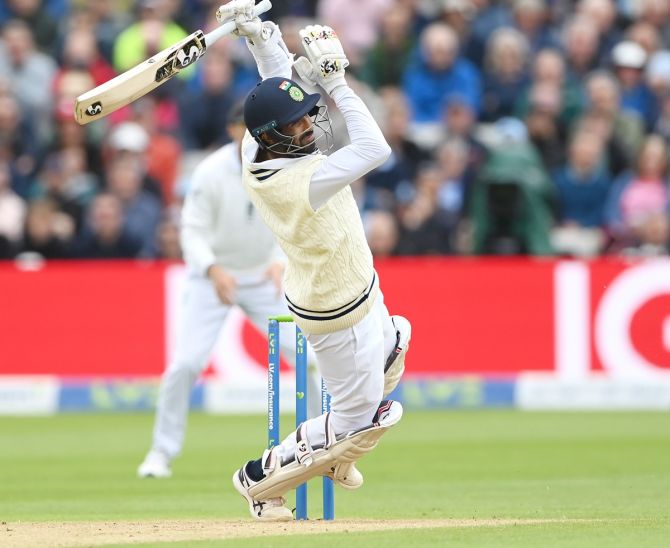 History was created by Jasprit Bumrah on Saturday as the stand-in India captain took a world record 35 runs from Stuart Broad in an over in Test cricket.

Bumrah displayed his prowess with the bat by taking 35 from Broad's final over in the first innings as India's tail wagged to help them amass a score of 416 in the fifth and final Test on day two at Edgbaston. After the demolition of Broad by Bumrah, the cricket world was in awe of India's stand-in skipper.

Stuart Broad has conceded a 36 runs over in T20Is and a 35 runs over in Test cricket - both came against India. In the 2007 T20 World Cup, it was India maverick all-rounder Yuvraj Singh who smashed six sixes off Broad's over and today it's Bumrah at Edgbaston.

'You can't be serious. 35 runs of that over, most of it courtesy Jasprit Bumrah,' Ian Bishop wrote.

Bumrah quick hit Broad for two massive sixes (one came from a no-ball), four boundaries, a single and was helped with five wides in the record-breaking over. Broad conceded a total of 35 runs of which 29 runs went to Bumrah's account. Thus the star Indian bowler surpassed the previous record held by West Indies great Brian Lara, Australia's George Bailey and South Africa's Keshav Maharaj.

Bumrah finished unbeaten on 31 - the highest score for any debutant captain batting at No.10 - as Mohammed Siraj eventually holed out to James Anderson.