'He bowls to a particular line and length, and this is something you get to learn from him - how to bowl with so much responsibility as he bowls in all formats. Young India pacer Khaleel Ahmed is learning everyday on his maiden tour of Australia and getting the much needed help from senior pro Bhuvneshwar Kumar on how to bowl on the hard and bouncy tracks Down Under.

The T20 series so far has been a mixed bag for the 20-year-old, who took two crucial wickets in the abandoned second T20 in Melbourne on Friday after getting hammered in the opening game at the Gabba.

India arrived in Australia less than a week to go for the series opener and adjusting to the hard and bouncy surfaces is a work in progress for Khaleel.

"The conditions are different here. Against the West Indies or in Asia Cup, we played in subcontinent and in familiar grounds. When you come to Australia, there weren't many practice sessions and it isn't easy to figure out which line or length is the best option here," said the left-arm pacer, who has played six ODIs and five T20s.

"So it isn't easy to come and play here. If you don't have ample practice sessions and then suddenly play T20 matches where batsmen own the game, it is a bit difficult. And you cannot even get relaxed against a team like Australia because they fight until the end as their lower order showed today."

Khaleel opened the bowling with Bhuvneshwar on Friday and impressed by removing the dangerous Chris Lynn and D'Arcy Short.

"I have learnt a lot in the past few months, especially how to prepare for a game and how seriously you need to take this profession. I have learnt three things - professionalism, maturity and responsibility from the senior bowlers and support staff.

"Someone like Bhuvneshwar Kumar, he is a strike bowler at the moment and leads the team with responsibility that he needs to take wickets. He bowls to a particular line and length, and this is something you get to learn from him - how to bowl with so much responsibility as he bowls in all formats."

Talking about the intermittent rain that led to the game being called off, Khaleel said it was frustrating for the Indian team. The target was revised thrice for the visitors before rain had the last laugh.

"Rain disappointed us because it breaks momentum especially when you know what the target is. Because of rain targets can vary from bigger to smaller and it gets frustrating as a team when you go out to bat after a weather break.

"The target was low because we bowled well. We could have won the game with a good batting performance. But unfortunately rain didn't help."

India are staring at a rare series defeat in T20 Internationals, having won the last six series, but Khaleel said the mood in the dressing room remains upbeat.

"Dressing room spirits are high because we know we have played well in both games and can do the same in the last game as well. So, in the third game we aim to play even better and try to draw the series on Sunday."

In a change of ploy from Brisbane, Khaleel shared the new ball with Bhuvneshwar Kumar and the duo shared four wickets to wreck the Australian top-order. The hosts were reduced to 103-7 at one stage but made a recovery of sorts to reach 132 before the rain came.

"The thought was that I can swing the new ball so that would be better if I could take early wickets. So they gave me confidence to take the new ball and in my mind I had the same thing that if I get the new ball, I would try to generate swing and utilize it by taking wickets. I think I used it well and took wickets," the youngster added. 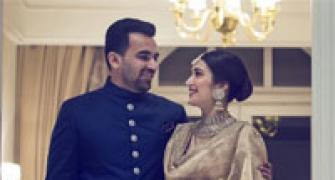 Australia vs India 2nd T20I called off due to rain