'For us, it is about wait and see and adapt to whatever conditions we face and ready to go when called upon.' New Zealand have a few contingency plans, but the wash-out of the opening day of the World Test Championship final against India due to rain is unlikely to make a huge amount of difference to their team selection, asserted vice-captain Tom Latham on Friday.

The much-anticipated opening day of the match, in Southampton, was called off without even the toss being held, which is set to bring the reserve day into the equation.

"Probably, doesn't change huge amount (selection of playing eleven)," Latham said, during a virtual press conference, when asked if losing the first day will change their approach to team selection.

"Obviously, with an extra day we have got up our sleeves, game can still go on for full five days. I guess, for us, it is about wait and see and adapt to whatever conditions we face and ready to go when called upon.

"We haven't confirmed the final eleven yet; we have to wait and see when we get the chance to look at the wicket. I am sure Kane (Williamson) and (Gary) Stead have a few contingencies planned. We have to wait for the covers to come off and get a chance to play."

While New Zealand are yet to announce their playing eleven, India named theirs on Thursday.

There was a forecast of rain and thundershowers, and the heavens opened up last evening with relentless downpour continuing till afternoon.

As per the ICC’s playing conditions guidelines for the WTC final, if required, the reserve sixth day can now come into effect with six hours of play lost on Day 1 itself.

"It is disappointing; the rain was forecast unfortunately. It is one of those things that as cricketers we need to adapt. Unfortunately, we can't control. For us it is about waiting for opportunity to come.

"There is Day 6 as well, so there is bit of extra time that we can use. So wait and see and have a look tomorrow."

Latham said his team is not looking too far ahead.

"It is hard to predict the game this far out. When you start on Day 1, you obviously want to start well and the result flow on from the first and second innings," he said.

"From our point of view, it is about when we get a chance to go out there and execute our plans best as possible and to be in a position to push the game forward.

"But, yeah, it is hard to say what a perfect scenario may look like, until both the teams have batted on the surface." 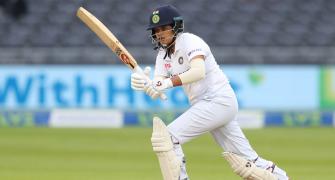 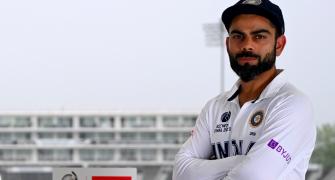 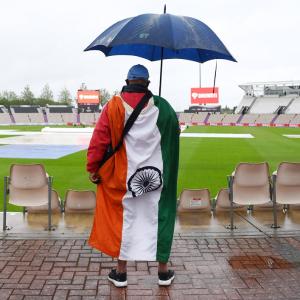 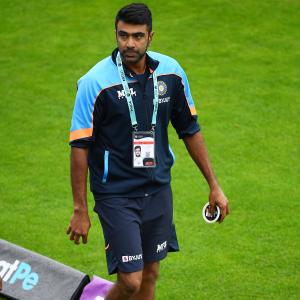