England rode unbeaten hundreds by Joe Root and Jonny Bairstow to pull off their highest successful chase, coasting to a series-levelling seven-wicket victory in the rearranged fifth test against India at Edgbaston on Tuesday.

Chasing 378 for victory, England went into the final day needing 119 runs with seven wickets in hand. 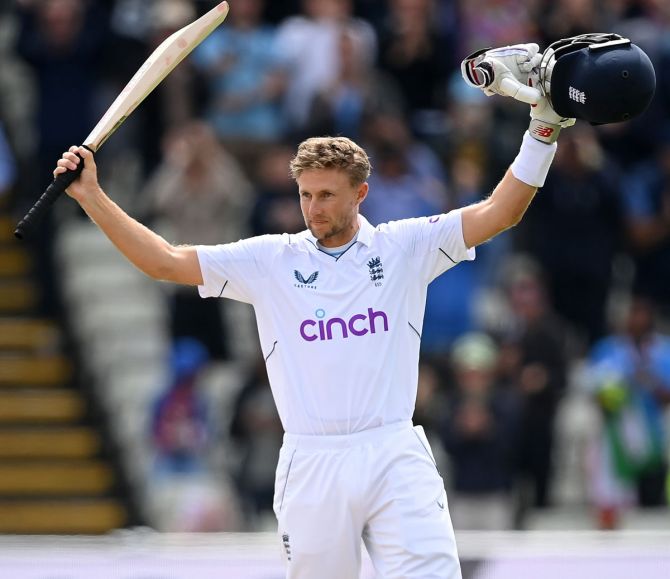 Root went on to smash a masterly 142 not out, his 28th test century, forging a mammoth 269-run partnership for the unbroken fourth wicket with Bairstow. Root's elegant hundred was studded with 19 boundaries and a six.

Bairstow's unbeaten 114 was his second hundred of the match as England triumphed with two sessions to spare.

England's previous highest successful run chase came in 2019 when they reached a 359-run target in an Ashes test against Australia on the back of Stokes's brilliant unbeaten century.

It was a tremendous turnaround by England who had been on the back foot after conceding a significant first-innings lead of 132.

Root and Bairstow showed the kind of sustained aggression which is quickly becoming the hallmark of this England test team since Brendon McCullum took over as the head coach and Ben Stokes assumed captaincy.

Root grew so much in confidence that he treated Shardul Thakur like a spinner, stepping out against the seamer and then playing an audacious reverse-scoop against him that sailed over for a six. Bairstow brought up his fourth hundred in five innings with a tight single before hitting Mohammed Siraj for three successive boundaries.

The five-match series against India could not be completed last year following COVID-19 cases in the India camp ahead of the final match at Old Trafford.