The West Indies were crowned World Twenty20 champions after beating hosts Sri Lanka by 36 runs in a bowler-dominated final at the R Premadasa Stadium on Sunday.

The Windies won a major global title after over three decades.

Check out some statistical highlights from the final.

# The West Indies' maiden World Twenty20 win is their first world title since 1979. They are the second nation after India to record victories in all three tournaments organized by the ICC -- World Cups in 1975 & 1979; Champions Trophy in 2004 and the just concluded World Twenty20 on October 7.

# The West Indies' win by 36 runs is their first triumph in five matches against Sri Lanka in T20Is.

# The West Indies' 14 for two is their lowest score in a powerplay in Twenty20 Internationals, eclipsing the 17 for two against South Africa at North Sound, Antigua, on May 20, 2010. They lost the game by one run to South Africa. 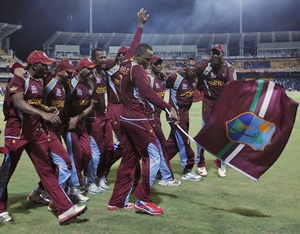 # Marlon Samuels: His 78 off 56 balls is the highest individual innings by a West Indian batsman against Sri Lanka in T20Is. The said knock is his career-best in T20Is.

# Samuels posted his fifth fifty in T20Is -- his third in the ICC World Twenty20.

# Of his five fifties in T20Is, only two have been recorded by Samuels in a winning cause.

# For the first time in a T20I, Malinga conceded five sixes in an innings.

# Samuels's 78 is a record in a final of the ICC World Twenty20, bettering Gautam Gambhir's 75 off 54 balls against Pakistan at Johannesburg on September 24, 2007.

# Samuels was adjudged the Man of the Match for the first time in T20Is.

# Narine's figures are the second best in a final of the ICC World Twenty20.

# Mendis's figures of 4 for 12 are the best in the West Indies-Sri Lanka T20Is, eclipsing the 4 for 19 by Lendl Simmons at Nottingham on June 10, 2009. The said performance is the best against the West Indies in the ICC World Twenty20.

# Mendis set a record by producing the best figures in the final of the ICC World Twenty20, surpassing Irfan Pathan's 3 for 16 against Pakistan at Johannesburg on September 24, 2007.

# Lasith Malinga: He (4-0-54-0) produced his worst bowling performance in T20Is. He conceded 50 or more for the first time in a T20I, recording his worst economy rate of 13.50 when he has delivered a four-over spell.

# Tillakaratne Dilshan: He recorded his first duck against the West Indies -- his sixth in T20Is.

# Dilshan registered three successive ducks in a losing cause -- one each against India, South Africa and the West Indies - all in 2012.

# Darren Sammy: He (26 not out) posted his highest score as well as his best bowling figures (2/6) against Sri Lanka in T20Is. 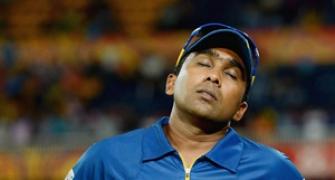 We never had momentum going in the chase: Jayawardene 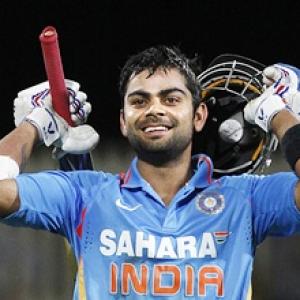 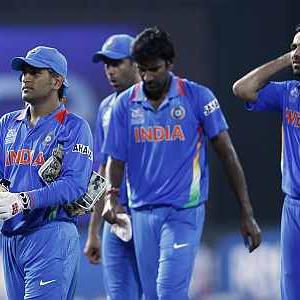