Pakistan coach Waqar Younis urged his players to do well at the World Cup so that the nation's dented pride can be healed after the spot-fixing scandal.

"Good performances in the tournament will allow people to focus back on cricket," Waqar told reporters ahead of the Feb 19-April 2 event after returning home from New Zealand.

"I am just happy it is all over now because these controversies all did affect the performances of the players."

On Saturday, which former captain Moin Khan described as a "shameful day for Pakistan cricket", batsman Salman Butt and pace bowlers Mohammad Asif and Mohammad Amir were each banned for five years after being found guilty of corruption by an ICC tribunal.

With the trio punished for bowling pre-arranged no-balls in the fourth test against England last August, Pakistan's on-pitch activities have been somewhat overshadowed even though the team won the test and one-day series against New Zealand.

Although Waqar had told his players to avoid talking about spot-fixing case, he admitted that for a long time the team struggled to blank out the controversy and concentrate on their own performances on the field.

"The positive thing is that the players did manage to focus back on the game in New Zealand and do well in the test and one-day series which is a big confidence builder ahead of the World Cup," he added.

"The World Cup provides us a good platform to make a fresh start.

Waqar said Pakistan had gained momentum for the World Cup at the right time and the team had plenty of experience and talent to do well at the event being hosted by India, Sri Lanka and Bangladesh.

"The team has got back its confidence after the morale boosting wins in New Zealand. But we know our strengths and weaknesses and we are constantly working on them. But I am pretty confident of the future," he said.

Pakistan manager Intikhab Alam said was saddened by the events surrounding the banned trio and added: "But this is a harsh reality Pakistan cricket has to face and try to move on because at the end of the day people just want the team to do well on the field specially in the World Cup."

Pakistan are in Group A with Australia, New Zealand, Sri Lanka, Zimbabwe, Canada and Kenya and plays all their group matches in Sri Lanka.

© Copyright 2020 Reuters Limited. All rights reserved. Republication or redistribution of Reuters content, including by framing or similar means, is expressly prohibited without the prior written consent of Reuters. Reuters shall not be liable for any errors or delays in the content, or for any actions taken in reliance thereon.
Related News: Waqar Younis, New Zealand, Pakistan, Sri Lanka, ICC
SHARE THIS STORYCOMMENT
Print this article 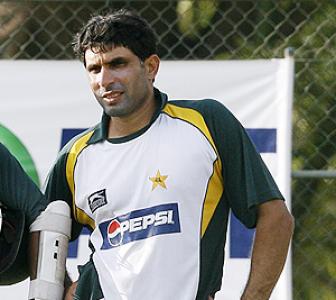 'Tasser's killing not about blasphemy'