Statistical highlights of the Group B World Cup match between England and Bangladesh in Chittagong on Friday.

# The stand is the highest for Bangladesh for any wicket against England at the World Cup.

# The 82-run partnership is Bangladesh's second highest for the fourth wicket at the World Cup behind the 84 between Mushfiqur Rahim and Shakib Al Hasan against India at Port of Spain on March 17, 2007.

# Shafiul Islam and Mahmudullah were associated in a partnership of 58 (unbroken) for the ninth wicket.

# The partnership is the third highest for Bangladesh for the ninth wicket in ODIs - the best being the 97 between Mashrafe Mortaza and Shakib Al Hasan against Pakistan at Multan on April 16, 2008.

# England conceded 33 runs as extras - the most conceded by them against Bangladesh in limited-overs internationals, surpassing the 29 conceded in Bangladesh's total of 143 at Chittagong on November 7, 2003.  They conceded 23 wides -- the most by them in a World Cup game.

# Jonathan Trott's run-aggregate of 289 at an average of 57.80, including four fifties, in five games is the second best in the 2011 edition of the World Cup.

# Trott became the first batsman to hit four fifties at the 2011 edition of the world cup. He recorded his 10th fifty in ODIs.

# Shafiul Islam (24 not out) recorded his career-best innings in ODIs.

# Bangladesh's first triumph over England is their seventh at the World Cup - one each against Scotland and Pakistan in 1999, India, Bermuda and South Africa in 2007 and Ireland and England in this edition of the World Cup.

# Bangladesh (227 for eight) registered their highest successful chase at the World Cup, surpassing the 192 for five against India at Port of Spain on March 17, 2007.

# An English wicketkeeper - Matt Prior -- has been stumped for the first time in a World Cup game -- the 14th instance overall at the World Cup.

# Raqibul Hasan has recorded his fifth duck in ODIs -- his first at the World Cup. 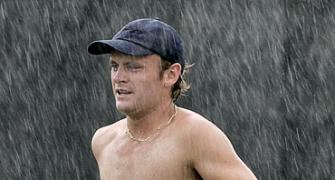 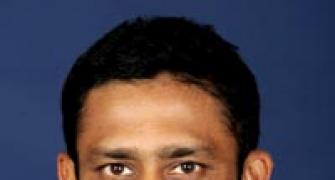 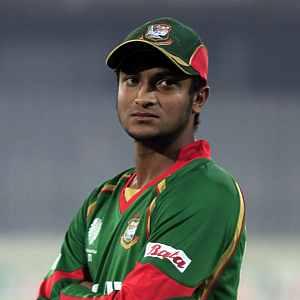