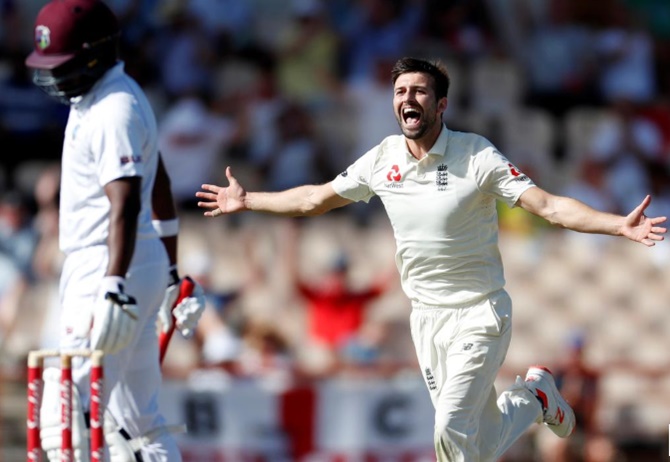 Mark Wood picked up his first five-wicket haul to bowl England into a commanding position on the second day of the third Test against West Indies on Sunday.

Wood scooped 5-41 as the visitors bowled out West Indies for 154 for a 123-run first innings lead at Darren Sammy Stadium in Gros Islet, St Lucia.

England were 19 without loss in their second innings at the close, an overall lead of 142 runs on an eventful day in which 16 wickets fell.

Brought into the team for the first time this series, Wood offered England genuine pace of more than 90 mph (145 kph).

He had an immediate impact, having Shai Hope (one) and Roston Chase (golden duck) caught at gully off consecutive balls in Gros Islet.

Although he did not complete the hat-trick, Wood struck again soon afterwards when Shimron Hetmyer (eight) edged to first slip.

Wood was not the only England bowler on a hat-trick in the middle session.

Campbell’s wicket was particularly important because he was threatening to compile a big score quickly, scoring the lion’s share of runs in an opening partnership of 57.

Wood continued his carnage after tea when Darren Bravo (six) edged to first slip and he wrapped up the innings by bowling out Shannon Gabriel for four.

Moeen took 4-36, while Stuart Broad chipped in with a wicket, as well as a magnificent one-handed catch at long-off.

Though West Indies have already clinched the series by winning the first two Tests, England will take comfort from being in great position to salvage a victory in the finale.

West Indies, however, revealed that while they have an abundance of fast bowlers, their batting can still be brittle.

Earlier, Kemar Roach picked up four wickets as West Indies ripped through the England tail in the first innings.

Gabriel, fastest of West Indies’ four-pronged pace attack, set the skids in motion when he bowled Jos Buttler for 67.

Butler did not add to his overnight score, and the dismissal ended a 125-run partnership with Ben Stokes that had allowed England to climb out of an early hole.

Stokes went eight overs later for 79, caught when he mistimed a pull shot, and after Moeen (13) and Jonny Bairstow (two) went cheaply, West Indies quickly mopped up the tail, picking up the final four wickets for seven runs.

© Copyright 2020 Reuters Limited. All rights reserved. Republication or redistribution of Reuters content, including by framing or similar means, is expressly prohibited without the prior written consent of Reuters. Reuters shall not be liable for any errors or delays in the content, or for any actions taken in reliance thereon.
Related News: West Indies, England, Mark Wood, Shannon Gabriel, Moeen Ali
SHARE THIS STORYCOMMENT
Print this article 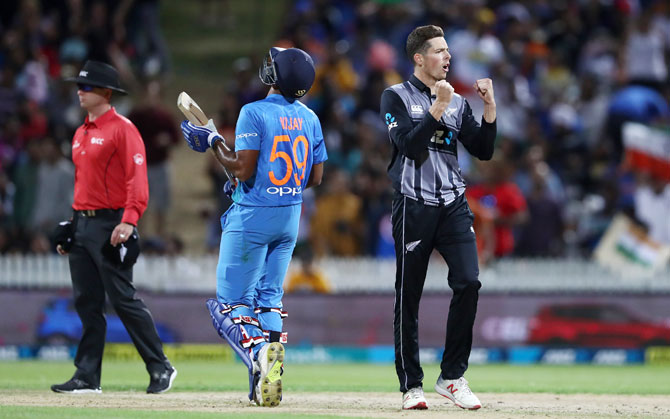 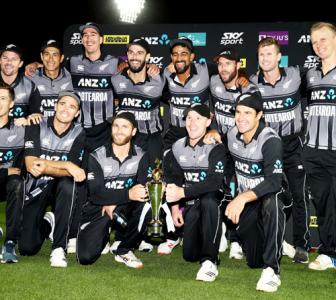 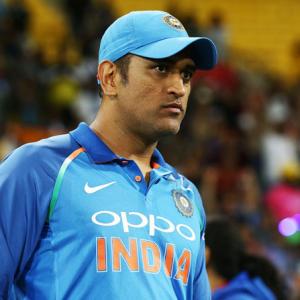