Women's T20 final: Supernovas are the favourites against Trailblazers 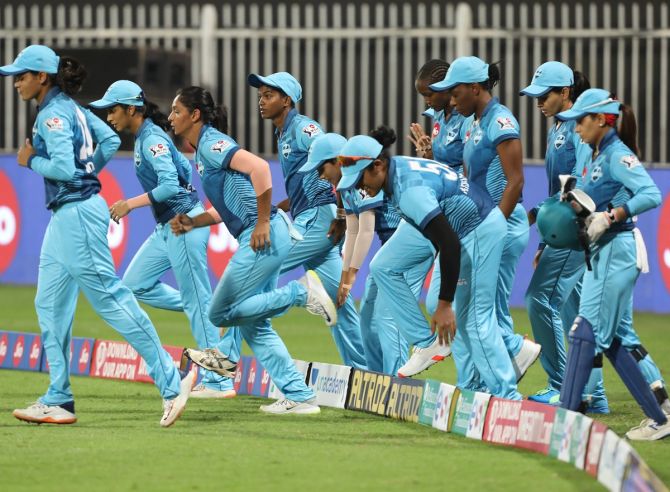 IMAGE: Having already played in two finals, Supernovas know how to soak up the pressure which could be the big difference between the two sides. Photograph: BCCI/IPL

The momentum is with defending champions Supernovas as they eye a third straight Women's T20 Challenge title, with a determined Trailblazers standing in their way in the final, in Sharjah, on Monday.

In the winners-take-all T20 final, the Harmanpreet Kaur-led side will have momentum behind them, having beaten Smriti Mandhana and company in the last round-robin game on Saturday.

Supernovas, champions in 2018 and 2019, just about managed to ward off their rivals in a last-over thriller.

The two-run victory enabled the Supernovas to enter the final, while knocking the Mithali-Raj led Velocity out of the competition.

For the defending champions, opener Chamari Atapattu (111 runs) has been in brilliant form. The Sri Lankan veteran is the top scorer for Supernovas this season. Against the Trailblazers, she played an aggressive innings (67 off 48-balls) to notch up the first fifty of the tournament.

Skipper Harmanpreet, who had scored two half-centuries including in the final last year, has been dismissed for 31 in both the matches and the big-hitting Indian T20 captain will look to get back to her destructive best in the final.

They will be up against Trailblazers, who started their campaign on a sensational note. Their bowlers, led by England's Sophie Ecclestone and veteran Jhulan Goswami, bundled out the Velocity for a paltry 47. However, they were unable to dish out a similar display on Saturday.

Skipper Mandhana, who has scored 39 runs in two games, has had an underwhelming tournament and will be keen on coming good with the bat.

Opener Deandra Dottin has also been among runs but will be keen to notch up a big one.

Deepti Sharma (43 not out) and Harleen Deol (27 off 15 balls) almost led the Trailblazers to victory and the two will look to build on their performance.

The spinners are expected to play a huge role and both sides boast of quality tweakers.

While Trailblazers have the world No.1 T20 bowler in left arm spinner Ecclestone and Rajeshwari Gayakwad, Supernovas are armed with the services of India's star leg-spinner Poonam Yadav and Radha Yadav, who will also be brimming with confidence after bowling a stellar last over on Saturday to help her side reach the summit clash.

In the pace department, Trailblazers have the experienced Jhulan Goswami, who has the ability to turn the match on its head. For the the Supernovas, South African Ayabonga Khaka and West Indies' Shakera Selman have done well.

Having already played in two finals, Supernovas know how to soak up the pressure which could be the big difference between the two sides. 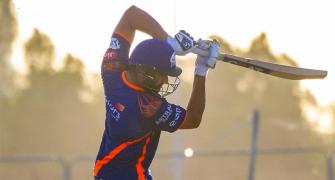 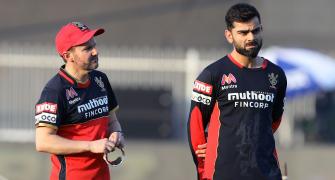 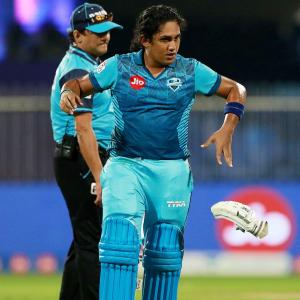 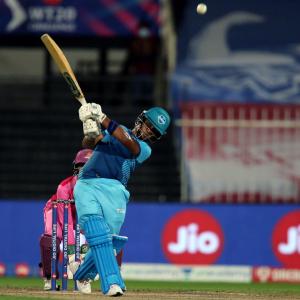