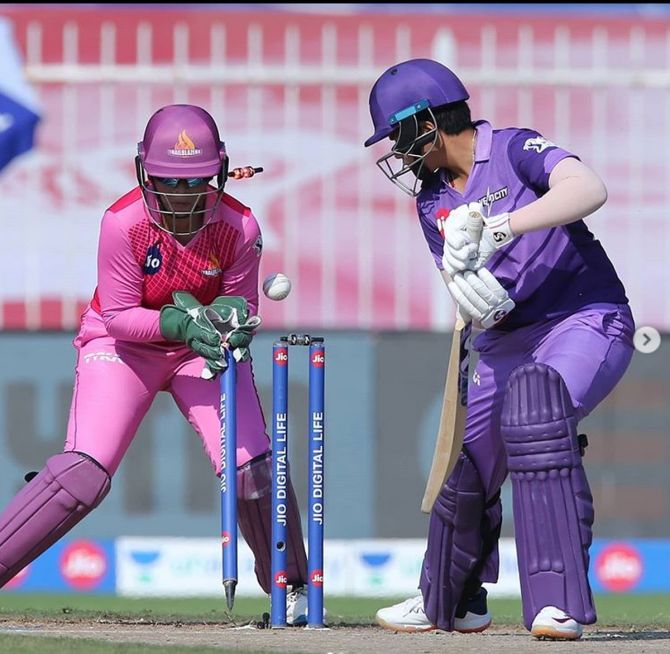 Chasing just 48, Trailblazers lost their first wicket in the fourth over as Smriti Mandhana (6) was sent back to the pavilion by Leigh Kasperek.

In the end, Deandra Dottin (29*) and Richa Ghosh (13*) took Trailblazers over the line by nine wickets with 73 balls to spare.

Opting to bat first, Velocity lost its first wicket in the third over of the innings as Jhulan Goswami bowled Shafali Verma (13). In the very next over, Sophie Ecclestone got back-to-back wickets of Mithali Raj (1) and Veda Krishnamurthy (0), reducing Velocity to 19/3 in the fourth over.

In the end, Velocity was bowled out for 47 runs in the 16th over. For Trailblazers, Sophie Ecclestone took four wickets while Jhulan Goswami and Rajeshwari Gayakwad took two wickets each.