Women's WT20: India lose to Pak by one run

Familiar batting woes came back to haunt the Indian women's cricket team as it lost by a run to arch-rivals Pakistan in a low-scoring thriller in ICC World Twenty20's group stage in Galle on Monday.

Set a target of a mere 98 runs, the Indians fumbled miserably and finished with 97 for 8 in their 20 overs, thus drawing a blank in their Group A engagements. They now play hosts Sri Lanka on Wednesday to remain a part of the event in 2014.

It was a sort of revenge for Pakistan after its men's team was thoroughly outplayed by India on Sunday night in the same event.

The Pakistani women did what their male counterparts could not against India -- keep it cool under pressure and emerge triumphant.

Despite the victory, Pakistan also failed to qualify for the semi-finals as they finished third in the four-team group ahead of India.

Electing to bat, Pakistan's batting was no better than India's, with wickets falling at regular intervals.

Skipper Sana Mir top-scored with a 38-ball 26, including two fours. Barring Nain Abidi (25) and Asmavia Iqbal (10) none of the other batters hit the double-digit mark, extras (14) being the third-highest score in the Pakistani innings.

The Indian bowlers put up a remarkable show, picking wickets as well as drying out the runs. Pacer Jhulan Goswami, in fact, delivered a rare maiden over, conceding just 16 runs in her four overs which fetched two wickets.

But the batters continued with their flop show to make the bowling performance irrelevant in the final analysis.

Scoring never looked easy and even though the Pakistani pace duo of Sadia Yousuf (0/19) and Qanita Jalil (1/9) did not take too many wickets, they kept a tight leash over the pace of scoring.

Despite India being four down for 51, it never seemed that the team would not be able to chase down the target. In fact Jhulan, who top-scored with a 24-ball 21, looked to be steering India to victory at 83 for five, after spinner Nada Dir had wrecked the middle order to grab three for 12.

But her dismissal at the hands of Bismah Maroof triggered another disturbing collapse, during which Indian hopes kept fluctuating.

Needing four off the last ball, the Indians ended up heartbroken when Nagarajan Niranjana (9) fell short of her crease as Asmavia Iqbal, wicketkeeper Batool Fatima and Sana Mir kept their cool to run her out and give Pakistan a memorable win.

Pakistan will take on South Africa in their play-off encounter to stay in the 2014 World Twenty20. 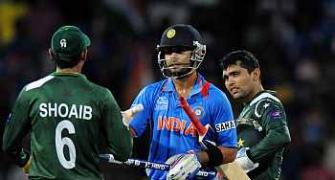 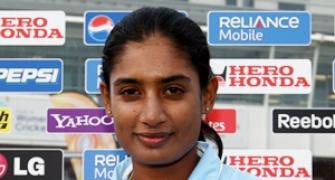 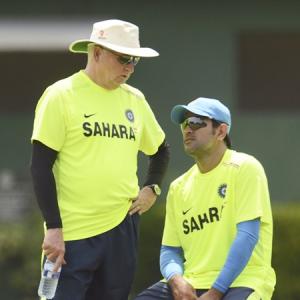