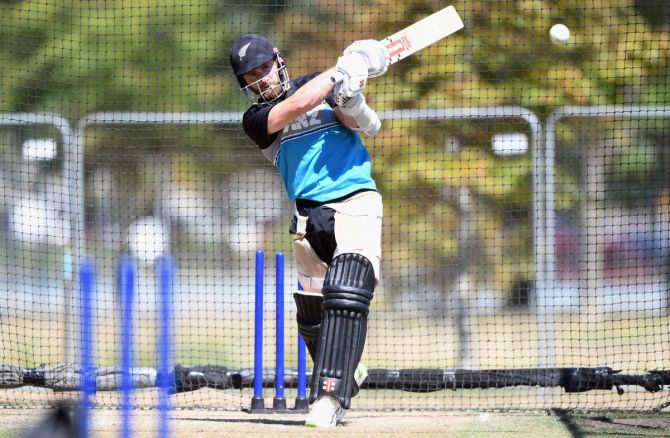 Furious Pakistan players vented their frustration on social media while cricket board chief Ramiz Raja advised them to channel their anger to improve their on-field performance.

"It was a really disappointing situation," Williamson, who was not part of that squad in Pakistan, told reporters ahead of their Group II opener.

"I know the team that were there were very much looking forward to the occasion and playing cricket over in Pakistan, and it was a real shame that it wasn't able to go ahead.

"But there are also a lot of good relations within the two teams. Over the years they've played a lot against each other, and a number of players have played with each other as well.

"I'm sure it'll be played in the right spirit, but no doubt Pakistan will be well supported, as they always are here in the UAE."

Pakistan are on a high having beaten India in a World Cup showdown for the first time on Sunday and Williamson termed Babar Azam's side as among the favourites to win the title.

"It was a fantastic performance," Williamson said of Pakistan's 10-wicket romp against India in Dubai.

"I think Pakistan have come to the T20 World Cup full of confidence, having played in these conditions more than most.

"They certainly put it on show last night and showed why they're one of the favourites in the competition."

Pakistan bowling coach Vernon Philander said for them the idea is not to get carried away after the memorable win against India.

"We had a meeting earlier and we highlighted the importance of staying grounded," said the former South Africa bowler.

"Today's talk was really about putting last night behind us and focus on what's obviously to come tomorrow.

"Tomorrow's going to be another big game. And hopefully the boys will reset and be ready and focused for tomorrow."