Will Kohli inspire India to historic triumph in South Africa? 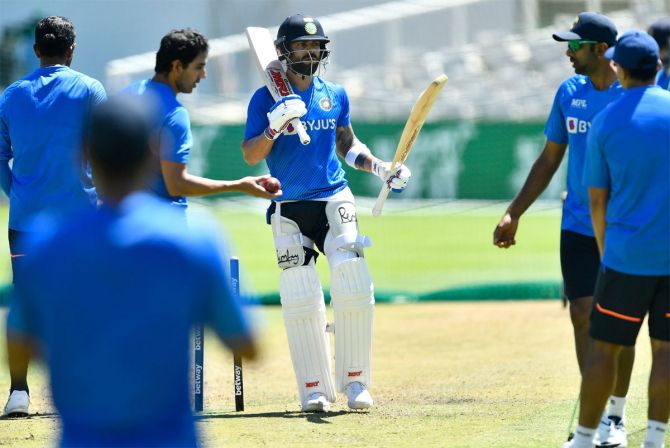 IMAGE: The third and final Test against South Africa, starting on Tuesday, will be captain Virat Kohli's 99th Test, on what will also be his daughter's first birthday. Photograph: Ashley Vlotman/Gallo Images/Getty Images

Virat Kohli's talismanic presence will be the shot in the arm that India would need in their bid to win the historic first-ever away Test series against South Africa but the hosts will also walk in with a spring in their step in the final Test, starting in Cape Town from Tuesday.

Kohli missed the last Test in Johannesburg due to back spasms and if the training session at the Newlands was anything to go by, the skipper is not going to miss the series-finale for anything with the two teams locked at 1-1. The hosts will definitely fancy their chances after a fighting performance drew them level in the second Test.

And playing his 99th Test on what will also be his daughter's first birthday, the batter in Kohli would like to make it a special one for the 'Captain', who has been under tremendous pressure of late.

Nothing succeeds like success and winning the first ever Test series in South Africa in three decades will certainly establish Kohli as one of the greatest to have led the country in the traditional format.

And to achieve that, the team's batting, which hasn't exactly been anything more than mediocre, needs to improve by a few notches and perhaps a first innings score in excess of 300 plus will set the tone. 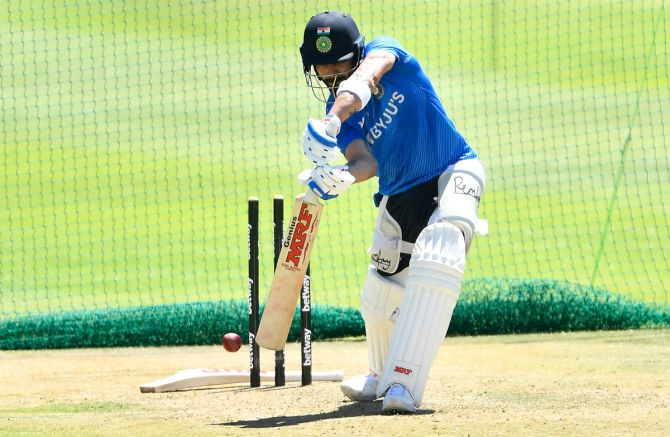 IMAGE: A lot of experts have suggested that Virat Kohli should curb his instincts of playing the off-drive or his favourite cover-drive like Sachin Tendulkar did against Brett Lee at Sydney in 2004. Photograph: Ashley Vlotman/Gallo Images/Getty Images

There are players, whose mere presence gives any team an added psychological boost, and the Indian skipper is one such character.

Whether he is batting or is in the field, Kohli's presence can always be unsettling for the opposition, which is bound to plan differently for him even if it means that he hasn't got a hundred for two years.

But if one closely looks at Kohli's batting in these two years, unlike Pujara and Rahane, he has looked way more assured till the time he has got out.

It has been either one good ball or a rank bad shot that has got him and not lack of confidence and jittery starts that could put the dressing room in panic mode.

Hanuma Vihari might feel hard done after two fighting knocks -- especially the 40 not out in the second innings in Johannesburg -- but such is nature of the beast that he would be the sacrificial lamb till Team India regains its faith in Cheteshwar Pujara and Ajinkya Rahane's abilities.

A lot of experts have suggested that Kohli should curb his instincts of playing the off-drive or his favourite cover-drive like Sachin Tendulkar did against Brett Lee at Sydney in 2004 when he didn't play anything on the off-side till he reached his double hundred.

But Kohli has his own methods and the madness associated with it. If Sunday's practice is anything to go by, he would still hit the cover drive if he gets one pitched on the length for the shot.

However, it will also be about the deliveries that he or some of the others would choose for particular kind of shots.

A case in point is Rishabh Pant, whose walking down the track against express pace in recent months, has had a lot of 'intent' but not much of content.

On a Newlands track, which will be juicy with variable bounce, India will need to bat way better against Kagiso Rabada, Duanne Olivier, Lungi Ngidi and Marco Jansen, all of who bring different skills to the table. 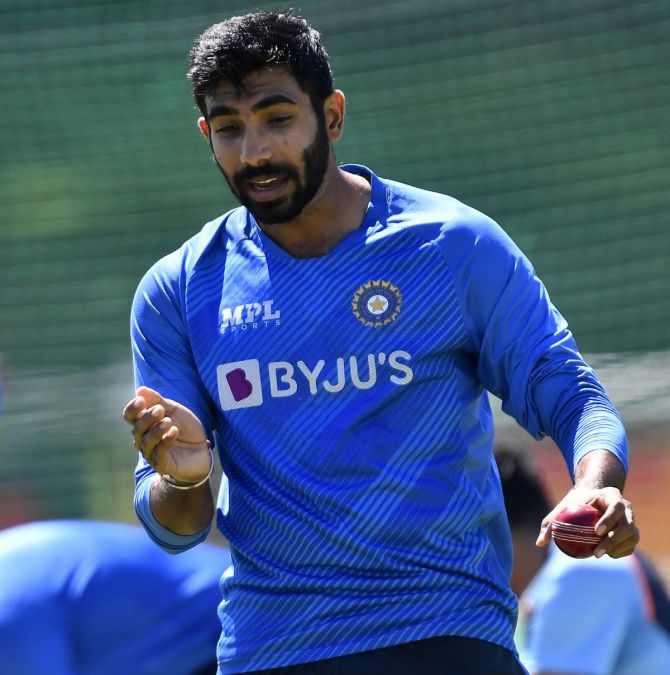 IMAGE: Jasprit Bumrah would like to improve his strike-rate, which has gone down since he has come back from his back injury. Photograph: Ashley Vlotman/Gallo Images/Getty Images

India have never won a Test in Cape Town and for a change in script, the three middle-order veterans need to do way more than what they did at the Wanderers.

However, Newlands has seen some epic battles, none better than the one in 2010-11 series when Tendulkar and Dale Steyn were locked in one of the most exhilarating hour that Test cricket would have ever witnessed.

There is a certain beauty attached with survival and at the beautiful Newlands, Steyn used his every ounce to test a master batter's repertoire of skills.

Pujara and Rahane, with their respective half-centuries, did get a life-line but that will certainly not be enough to save their careers unless they do something very big and significant.

If getting fifties was a positive sign, not converting good starts into big hundreds definitely was disappointing.

Similarly, KL Rahul and Mayank Agarwal would also like to give the team a good start against the fiery South African line-up.

Ishant Sharma, like Pujara and Rahane, is at the business end of his chequered international career and Mohammed Siraj's hamstring injury is sure to give him some breathing space after the indifferent last six months during which he lost form, had niggles and didn't good enough to be in the mix for long.

Yet, the nature of South African tracks and his over 6 feet frame, with ability to bowl maiden after maiden, makes him a better choice than Umesh Yadav, who is a similar bullish workhorse.

But it will be Jasprit Bumrah, who would like to improve his strike-rate which has gone down since he has come back from his back injury.

Dean Elgar, Rassie van der Dussen and Temba Bavuma were not perturbed by his mindless short-pitched bowling and the Indian slinger would like to do what he does best, bowl fast and full with deliveries deviating on both sides of the track.

That would go a long way in ensuring that they have a great party on the Table Top after January 15. 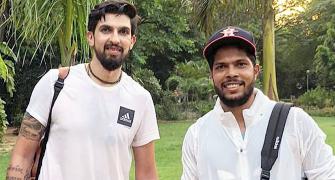 Should India pick Ishant or Umesh in decider? 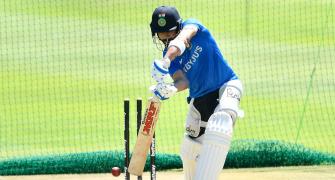 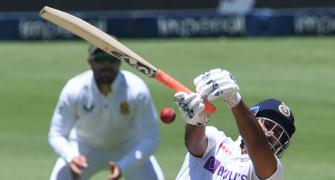 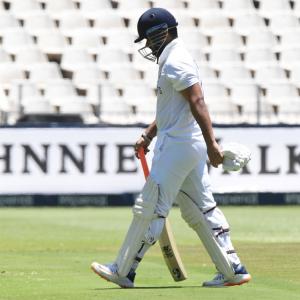