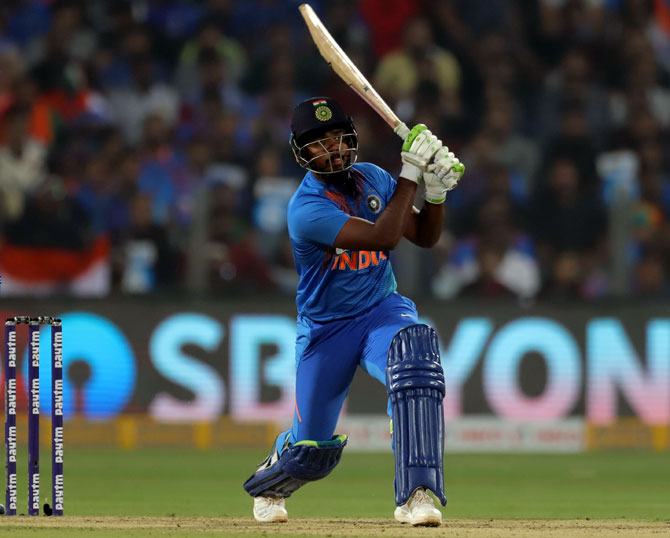 An unassailable lead has opened up the window for experimentation but there will be no letup in India's intensity when they face a heartbroken New Zealand team in the fourth T20 International, in Wellington, on Friday.

Mohammed Shami and Rohit Sharma combined to pull off a thrilling win via the Super Over in the third game for a 3-0 lead and a maiden T20I series win on New Zealand soil.

There is only a short turnaround time for the last two matches, back-to-back in Wellington and Mt. Maunganui on Friday and Sunday, respectively.

Both teams spent Thursday travelling from Hamilton to Wellington, and with a similar tight schedule for the final game of the series as well, there seems to be little chance of nets for either match.

While a five-match T20I series is a rarity, India's early victory means both sides can contemplate various permutations in light of the T20 World Cup later in the year.

Both skipper Virat Kohli and coach Ravi Shastri pride themselves on a win-at-all-times mentality, and they have a rare chance to blank out a 5-0 sweep in this T20I series, thus etching out a slice of history.

Kohli even mentioned the same in the post-match presentation at Seddon Park on Wednesday night.

India wouldn't need to change too much to retain a near full-strength playing eleven. There are obvious contenders for certain spots in both batting and bowling department should experimentation kick in. 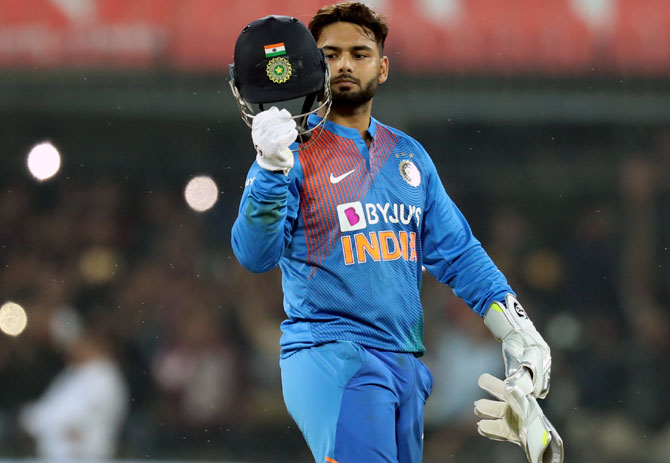 IMAGE: Rishabh Pant's inclusion would depend on which batsman is left out, and whether KL Rahul will continue to keep wickets. Photograph: BCCI

Sanju Samson and Rishabh Pant are waiting for opportunities, with the former expected to get a look-in. Pant's call-up would depend on which batsman is left out, and whether KL Rahul will continue to keep wickets.

While the top trio is assured of places, Shreyas Iyer has been in superb touch and can claim to pin down a spot on his own as well. Both Manish Pandey and Shivam Dube need more game time as well.

Any of the top four can be rested over the next two games. Indeed it wouldn't be a stretch of imagination if one of Kohli and Rohit Sharma were alternately rested in Wellington and Mt. Maunganui. Such a move would allow the youngsters to keep their spots whilst maintaining the experience in the side too.

More changes are to be expected in the bowling department. Washington Sundar, Kuldeep Yadav and Navdeep Saini are waiting in the wings. All three may not get a look-in immediately. Rest assured though, the team management is sure to rotate a spinner and pacer each.

Sundar is part of Kohli's new-ball strategy on the big Australian grounds, so he can expect a run-in over the next two games. Saini could replace Shardul Thakur, especially if Sundar adds his batting depth to the lower order.

The final question would be over Jasprit Bumrah's inclusion. While he had an off night in Hamilton, there ought to be thoughts about his workload. He is part of both the ODI and Test squads, and is a shoe-in for the T20 World Cup later on as well.

While there have been no concerns about any injury issues, the management needs to be wary of overplaying him in non-consequential bilateral matches.

This was a previously prevalent practice in the build-up to the 2019 ODI World Cup, and the trio of Bumrah, Bhuvneshwar Kumar and Hardik Pandya all suffered major injuries in the aftermath of that tournament.

It remains to be seen if the powers that be will mitigate this risk factor in their planning and preparation for the challenges ahead.

For New Zealand, there is a straightforward change coming up. Colin de Grandhomme is no longer with the squad, giving up his spot for batsman Tom Bruce.

This could be an easy swap for the hosts given that they have been light in the middle order during the past three matches.

There is also a school of thought that Kane Williamson should move up top. Given his batting master class in the Hamilton T20I, there is potential for him to open the innings with Martin Guptill with the struggling Colin Munro sliding down.

Mitchell Santner was promoted on Wednesday night to add more momentum to the innings, and it remains to be seen if it was a one-off ploy or something the Black Caps could consider experimenting with.