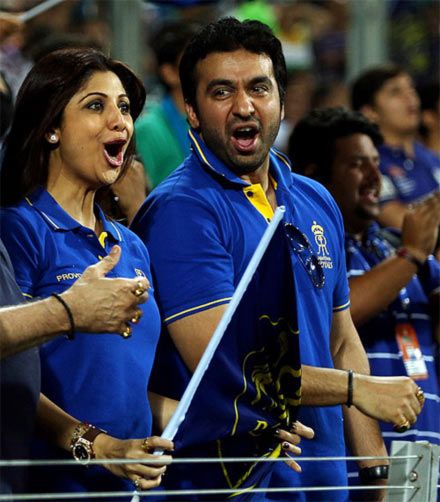 The fate of Indian Premier League teams -- Chennai Super Kings and Rajasthan Royals -- will be known on Tuesday when the Supreme Court-appointed high-level Committee headed by former Chief Justice of India R M Lodha will pronounce the quantum of punishment against their franchisees and their team officials Gurunath Meiyappan and Raj Kundra for betting during the sixth edition of the T20 tournament in 2013.

The apex court on January 22 had held that the allegation of betting against Meiyappan and Kundra stands proved and set up the three-member committee of its retired judges, including Justices Ashok Bhan and R V Raveendran to determine the punishment for Meiyappan, who was the CSK team principal and Kundra, co-owner of RR.

The sources in the Committee said  the three former judges, who were asked to complete the task within six months, have also examined the amendments to the memorandum of association and rules and regulations considered necessary to provide a mechanism for resolving conflict of interest.

The apex court bench headed by Justice T S Thakur had said it was appointing an independent committee of judges keeping in view the "the trajectory of the present litigation, and the important issues it has raised".

Further, the bench had said "the profile of the individuals who have been indicted, would, in our opinion, demand that the award of punishment for misconduct is left to an independent committee to exercise that power for and on the behalf of the Board of Control for Cricket in India

The apex court held that the allegation of betting against Meiyappan, son in law of former BCCI president Narayanswami Srinivasan, and Kundra stands proved while the charge of cover up against Srinivasan was "not proved".

Under the IPL rules, the franchise of a team can be cancelled if a team official indulges in any act that brings the game to disrepute.

The committee is expected to give its recommendations on reforms of the BCCI later.

The committee was asked to make recommendations on aspects like amendments considered necessary to the memorandum of association of the BCCI and the prevalent rules and regulations for streamlining the conduct of elections to different posts/officers in the BCCI including conditions of eligibility and disqualifications, if any, for candidates wanting to contest those posts including the office of the
president of the BCCI.

It was also asked to go into the issue of amendments to the memorandum of association, and rules and regulation considered necessary to provide a mechanism for resolving conflict of interest should such a conflict arise.

This was being done in view of Rule 6.2.4 prohibiting creation or holding of any commercial interest by the administrators, with particular reference to persons, who by virtue of their proficiency in the game of Cricket, were to necessarily play some role as Coaches, Managers, Commentators etc.

Amendment, if any, to the Memorandum of Association and the Rules and Regulations of BCCI to carry out the recommendations of the Probe Committee headed by Justice Mudgal, subject to such recommendations being found acceptable by the newly appointed Committee was also to be considered by the Committee.

It was also asked to make any other recommendation to prevent sporting frauds, conflict of interests, streamlining the working of BCCI to make it more responsive to the expectations of the public at large and to bring transparency in practices and procedures followed by BCCI.