News
Business
Movies
Sports
Cricket
Get Ahead
Money Tips
Shopping
Sign in  |  Create a Rediffmail account
Rediff.com  » Cricket » Will Axar's all-round show against SL get him the nod for World Cup? 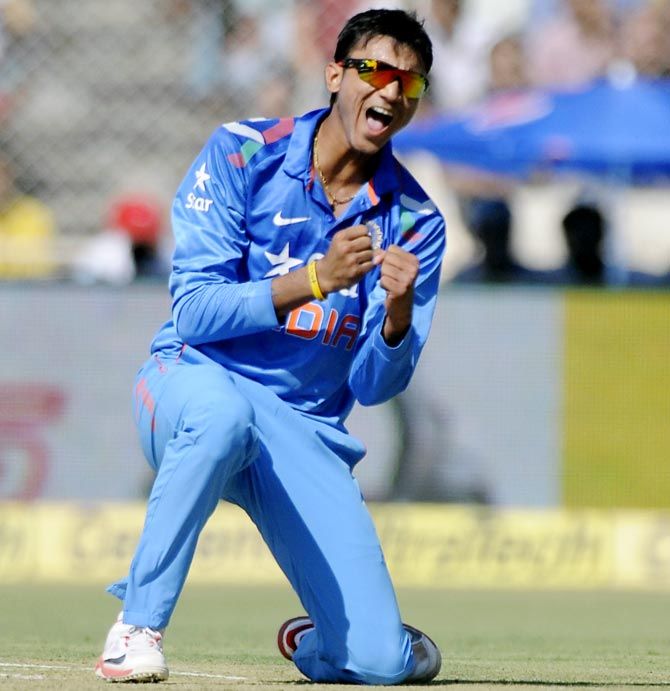 Impressed with rookie Axar Patel's all-round performance in the One-Day International series against Sri Lanka, India's stand-in skipper Virat Kohli has hinted that the left-arm spinner could be preferred in the side for next year's World Cup in Australia and New Zealand.

Patel's emergence as an all-rounder in the Sri Lanka series means that Ravichandran Ashwin is no more an automatic choice for the only spinner's slot.

"Hopefully if he (Patel) keeps performing like that and shows his composure, he will probably be preferred over a couple of other people in the batting order. You never know when that change arrives. All I can say is I'm happy for him. Wish him all the luck hopefully we'll see him up the order in the upcoming series," Kohli said in Ranchi after completing a 5-0 clean sweep against Sri Lanka. 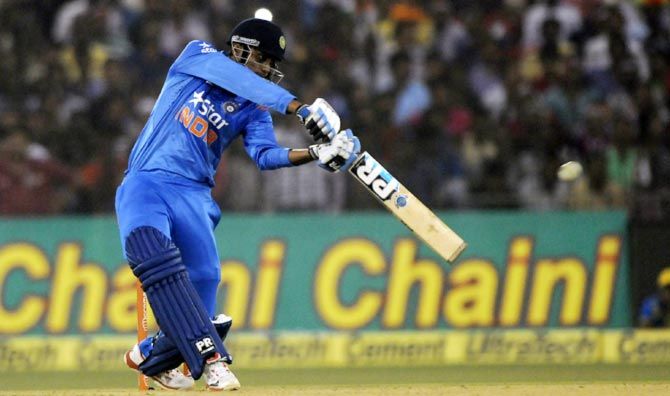 With 11 wickets from five matches, the Gujarat spinner was the leading wicket-taker in the series eclipsing pace spearhead Umesh Yadav who was rested for the final ODI in Ranchi.

Lavishing praise on Patel, Kohli said: "He's very confident. Even when I'm going to keep seven in the ring he never says no. He's always confident that he can still bowl to the field settings and come out on top and hold the batsman back," he said.

"He's not scared which is the most important thing. He knows how to cramp them for room to hit big shots. He's a very composed guy, a self-assured individual and at such a young age, he has so much self belief expressing himself completely," added Kohli.

"The moment you have a bit of hesitation that's when things start to go wrong but I don't see anything with that with Axar."

India required 47 off the last five overs and No. 9 Patel gave his captain Kohli good support as India chased down Sri Lanka's 287 with eight balls to spare.

Patel finished unbeaten on 17 but Kohli was astonished to see the rookie batter hit two sixes from low full tosses over pacer Dhammika Prasad's head in the first ODI in Cuttack.

"I've been really impressed with him. It was obviously something for a guy who knows how to bat and listen to the experienced guy and do what is required. More than this what he did in Cuttack was more astonishing for me." 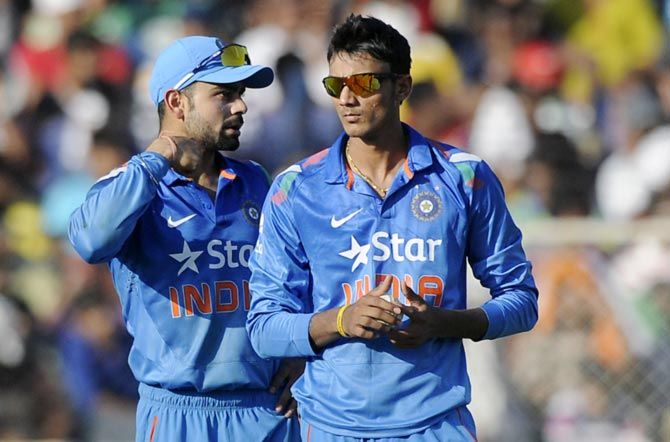 Kohli also praised Ambati Rayudu who scored a century in Ahmedabad and scored 59 in a match-winning 136-run third wicket partnership with the skipper.

"I'm very happy with the way Rayudu batted in the series. Rayudu's knock was very important at No 3."

Kohli said it is important to send the likes of Rayudu in difficult situations so that they become more confident.

"There's no point sending them in easy situations and expecting them to score runs just because they're new. Rather you send them in a difficult situation and once they score runs there, they become more self assured. Your graph keeps going up if you're confident as a youngster.

"That's the whole idea to put them in situation that are not familiar to them in International matches. The way they have responded was beautiful. If they keep building on to it would be really good for them and the Indian team as well." 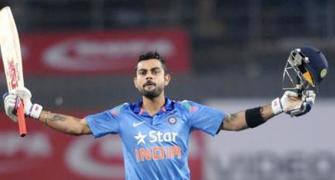 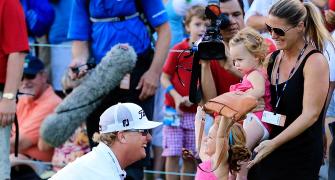 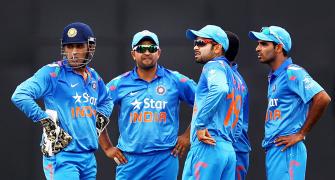 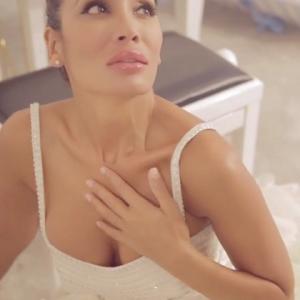 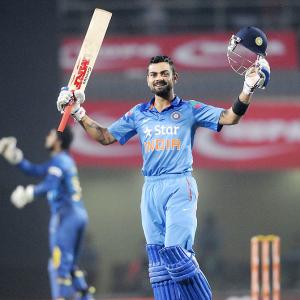