Will approach BCCI to lift life ban on me: Sreesanth He contemplated "suicide" during his time at Tihar Jail but pacer S Sreesanth is now hoping to sing the redemption song and would approach the BCCI for lifting the life ban imposed on him from playing cricket by the Board.

Sreesanth was last week exonerated in the 2013 spot-fixing IPL scandal by a Delhi Court.

"I have sought an appointment with BCCI Secretary Anurag Thakur. He has told a TV channel that I can file an application requesting to lift the ban.

"I am hopeful after indication from the higher-ups of the BCCI that it would consider my request. So I want to file an application. I am waiting for his (General Secretary Anurag Thakur) call. I hope the next meeting of the BCCI would take a favourable decision," Sreesanth told reporters in Kochi. 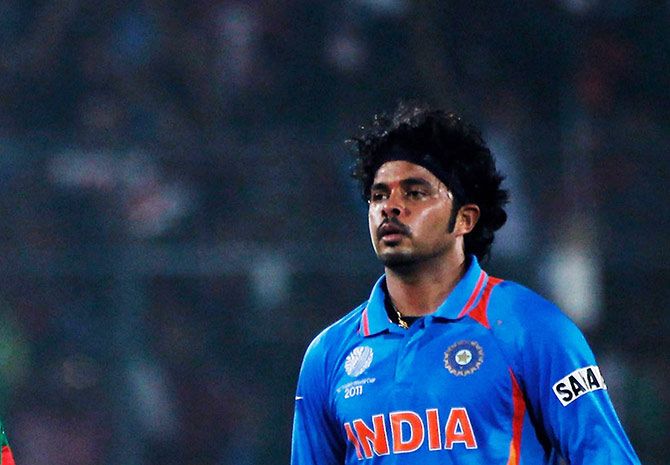 The cricketer, who has played Tests and ODIs for India, spoke about the trauma he went through when he was arrested and put in Tihar jail after being accused of having nexus with a cricket betting racket, allegedly run by underworld don Dawood Ibrahim and his aide Chhota Shakeel.

"Initially I thought about suicide. I could overcome because of my devotion to Lord Ettumanoorappan (Lord Shiva in Kerala's famouse Ettumanoor Mahadevar temple) and the support given by my family," Sreesanth said.

Asked if he expects a favourable response from BCCI, in which former Delhi Police Commissioner Neeraj Kumar is Chief advisor to the Anti-Corruption Unit (ACU), the cricketer said, "After all he is also a human being. He has also got a heart." Sreesanth said that if Kumar, who ordered his arrest, along with Ajit Chandila and Ankeet Chavan when he headed the Delhi police, recalled the circumstances which led to his arrest in the 2013 IPL spot-fixing scandal, he would get a clearer picture.

"I don't think he would put any hindrance on my path. After all, BCCI is a body, not an individual," he said. The cricketer also said he would not approach the court in case BCCI is reluctant to lift the ban.

"I will wait. I don't want to challenge any one. I want to play cricket," he said.

The cricketer rejected reports that he had a net session at Jawaharlal Nehru International Stadium yesterday evening. He said he would start practising in the ground only if his life ban is lifted.