'Knowing sub-continental conditions can play a part. If you are good enough to deal with spin, it can be an added advantage.'

Zaheer Khan on India's chances in the World T20. Harish Kotian/Rediff.com listens in. Zaheer Khan believes home advantage will be a big plus for Mahendra Singh Dhoni and his boys in the World T20, to be staged in India in March-April.

Asked which team is most likely to win the tournament, the former fast bowler replied: "India, for sure."

"Playing at home is an added advantage; added pressure as well, but it is a lot more exciting to play in front of home fans."

"Knowing sub-continental conditions can play a part. If you are good enough to deal with spin, it can be an added advantage."

India are drawn in a tough group in the tournament, to be played from March 8 to April 3, alongside Pakistan, Australia, New Zealand and a qualifier.

Dhoni and Co open their campaign against New Zealand in Nagpur on March 15, followed by the inevitable high-voltage clash against Pakistan in Dharamsala on March 19.

Their third group game is against the qualifier in Bangalore on March 23, followed by another big game against ODI World champions Australia, in Mohali, on March 27.

India won the inaugural World T20 in 2007. Zaheer did not feature in the tournament, but played a key role in the 50-overs World Cup triumph in 2011.

Zaheer described the feeling of playing in front of cricket-crazy home crowds as "very special."

"As an athlete you are looking to make an impact on big tournaments and the World Cup is definitely up there."

"In your career you play very few World Cups, you don't know whether you are playing the next tournament because the time between the World Cups is quite long. That's what makes it very special."

"Playing in front of home crowds, like in the 2011 World Cup, is very special. That really adds to the whole atmosphere." 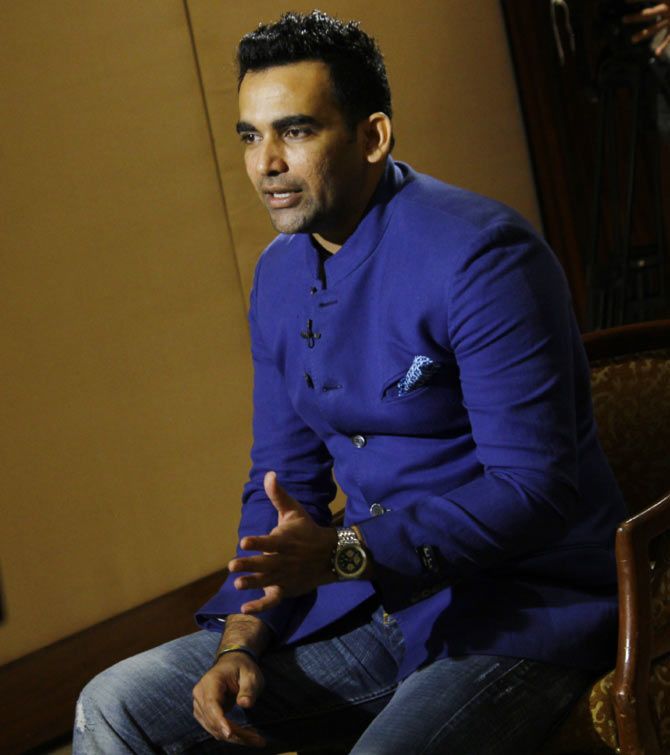 The 37-year-old fast bowler, who retired from international cricket last year, after taking 311 wickets in 92 Tests and 282 wickets in 200 ODIs, also elaborated on the ever-growing impact of T20 cricket.

"It has been amazing; you see a lot of changes. It is adding that excitement to the game, I would say. It (T20) is the best of probably a One-Day International's first 15 overs and the last five overs, which the spectators really enjoy; they look forward to watch those situations of the game."

T20 cricket, he said, has added a new dimension to the sport and positively impacted both the Test and ODI formats.

"You see a lot of innovations, the batsmen try different strokes and even the bowlers have to keep up with the moving game. On the whole, it has been amazing. The game has become more dynamic. It has attracted new followers which were finding the game too lengthy otherwise."

"It has added a new dimension and a different approach to the game overall. You see the impact of T20 in One-dayers and Test matches as well. The game is moving at a rapid pace and also evolving with time."