'It had started affecting me as a person. Every defeat that I faced or experienced, it really hurt me on and off the field.

'When I was back with my family I couldn’t switch over; I would be constantly thinking about it' 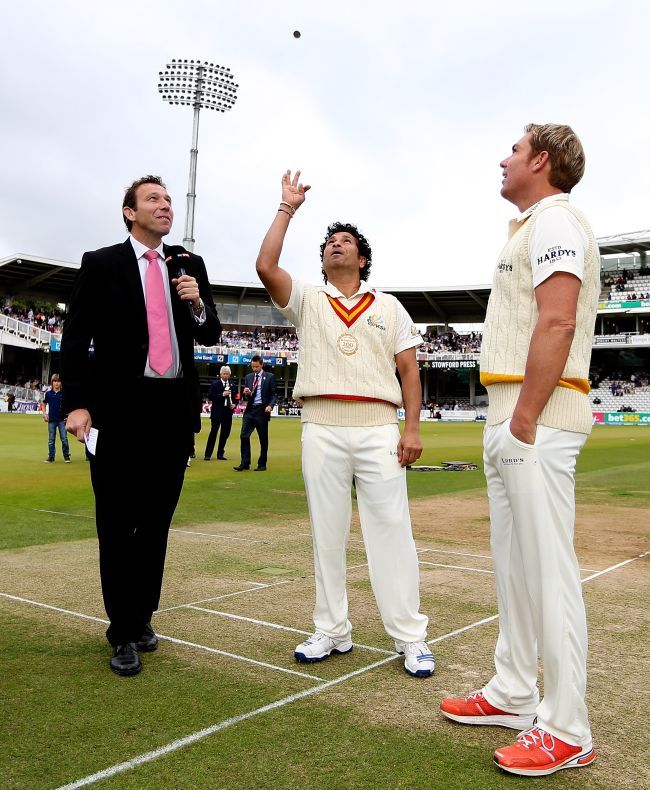 A day before the launch of his autobiography, Playing It My Way, Sachin Tendulkar interacted with a select gathering of Indian cricket journalists in Mumbai. Harish Kotian was among them.

Sachin Tendulkar broke every possible cricket record during his playing days, but the only blot in his long and illustrious career was his failure as India captain.

He had two stints of captaincy, in 1996 and 1999, but on both occasions was forced to give it up after the team fared poorly under his leadership.

The batting icon revealed that the real reason behind giving up the captaincy was because it started to affect his personal life.

“It had started affecting me as a person. And every defeat that I faced or experienced, it really hurt me on and off the field. Also, when I was back with my family I couldn’t switch over; I would be constantly thinking about it.

“I wanted to give my best and I always did it; and results which I earlier spoke about, the matches we should have won. There were disappointments in those games and it really hurt me and it really disturbed me that the games which were in our pockets were taken away from us,” said Tendulkar, in Mumbai on Tuesday, as he interacted with a select gathering of Indian cricket journalists.

Under Tendulkar’s captaincy, India won only four out of 24 Tests, while there were 23 victories in 73 ODIs.

He said having failed twice he was not keen to lead the side and happy to merely contribute as a regular member of the team.

“Yes, things didn’t go according to plans when I was the captain; it was a disappointment, but I thought if I could move on to the next chapter and contribute significantly to something which people would remember in time to come then it has lot of value.”

He also pointed out that he was unlucky as captain, as some tactical moves which failed under him proved to be masterstrokes in someone else’s tenure.

“Sometimes there are fantastic moments, like at Lord’s when I was not the captain and we were chasing 323 runs and we were something 120-odd for five wickets down. Unfortunately, it didn’t happen under my captaincy. Now, here, a couple of guys are batting and captain has got nothing to do with winning the game.

"Also in Bangladesh when we tried [Robin Singh at No. 3]. The same move which I tried in Sharjah with Robin Singh… it didn’t click; but here against a better bowling attack it worked. So sometimes you don’t have any explanation when things work and when things don’t work.”

One of the low points of his career was the Test defeat in Barbados, when India were shot out for 81 in their second innings after being set 120 for victory. That one poor session of batting cost India the series, as all the other four matches finished in draws.

Tendulkar, who led the side, said the defeat hurt him a lot and even made him cry.

“It hurts. It is possibly one of those matches right at the top. I remember having sleepless nights. I cried, I didn’t cry in front of everyone. I did cry. It was just that outburst inside me and I let it go. It was really, really bad. I was shocked.”

Tendulkar said he did not enjoy the full support of the selectors when he was captain.

Asked if he did not always get the team he wanted, he replied: “I wouldn’t say all the time; it happened only on certain occasions, but not always.”

The 41-year-old said he was not in favour of criticising the players who had let him down.

“I have never believed in criticising the players I have played with; it’s wrong! If you go back and look at the scoreboard that itself would give a lot of explanations. Basically, we were not able to pick up 20 wickets neither were we able to put up big totals. When we played in India we beat South Africa; we beat Australia. So we had that success, but I thought South Africa, Australia and West Indies and, on occasions, there were matches which I thought we should have won. It was a big disappointment that we were not able to turn that in our favour,” he said.

Asked he if suspected any player of deliberately under-performing during his playing days, Tendulkar replied: “I mean the guys fail; and who doesn’t fail in life? Everyone fails. It would be unfair to just pinpoint at someone and say that he was under performing, didn’t try his best. I can’t! I have played the sport for 24 years and failures do happen.”