'They're a hard team, they use it to their advantage very well.' 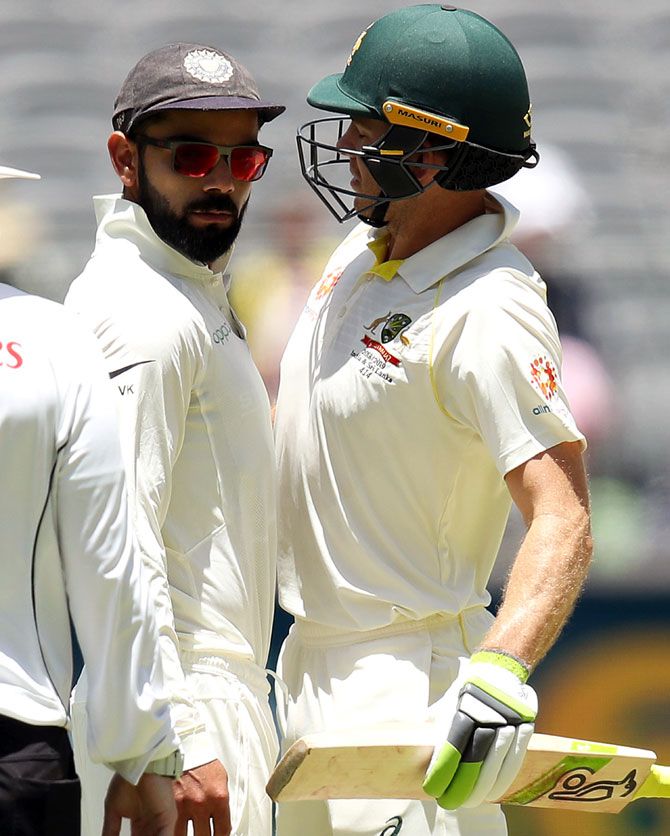 Australia batsman Matthew Wade may decide to keep his lip zipped during the Test series against India over the home summer as he says Virat Kohli's team thrive on verbal confrontations.

The 32-year-old Tasmanian has dished out his fair share of "sledging" on the field and was never far away when aggression levels spiked during last year's Ashes in England.

Yet Wade said chirping at India during the four-Test series, which starts in December, might backfire.

"They're a hard team, they use it to their advantage very well," Wade told reporters in a video call on Tuesday.

"Virat is very clever the way he uses his words or his body language. So they use it as an advantage now. To be honest, I don't really want to engage too much into that.

"I know that they thrive off that energy that comes between two players. They're probably as good at doing that as anyone in the world at the moment, so it's something I might stay away from this time."

Wade is itching to get back to cricket after the COVID-19 shutdown.

The father of two, who had surgery on his knee in May, will return to training with Tasmania this week and is hoping to be named in Australia's limited overs squads for a yet-to-be-confirmed tour of England slated for September.

However, a recall for all-rounder Glenn Maxwell could see him miss out.

"I'd say Glenn would come back into that team, he's one of the best players in the world at T20 so he'll come back in at some stage.

"I see myself as that spare player, the spare batter, the spare keeper ... so that's what I'm probably striving to maintain."